Suniel Shetty believes Border is probably the only film he’s done where every actor can claim to be “the lead of the film.” He isn’t wrong. He was part of a remarkable ensemble cast including Sunny Deol, Akshaye Khanna, Jackie Shroff, and others, in the war drama. They all had their moments, their heart-pumping dialogues and their back stories. “If people remember Suniel Shetty for any film, it is definitely Bhairav ​​Singh of Border,” Suniel said.

According to Pooja Bhatt, “JP Dutta has given us a film that’s going to be mentioned in all our obituaries.” She believes that the film “enriches us all and sends us home having added something to our lives.”

Border released in 1997. It was based on the experiences of director JP Dutta’s own brother, late Squadron Leader Deepak Dutta who served in the Indian Air Force. JP picked Deepak’s battlefield tales, keeping the Indo-Pakistani War of 1971 as the backdrop. But can Border be bracketed into just being an epic war film?

Lyricist Javed Akhtar had a similar doubt when JP Dutta approached him to write its songs. But when the Bollywood legend heard the script, he realised there was a lot of scope around every character’s emotional graph. Take for instance “Sandese Aate Hai”. Battlefield brotherhood was at full display in it that went on to become one of Bollywood’s most iconic songs of longing. Sung by Sonu Nigam and Roop Kumar Rathore, composed by Anu Malik and written by Javed Akhtar, the track has melancholy riding on the individual sentiments of its soldiers.

The tune of “Sandese Aate Hai” was composed by Anu Malik way before Border happened, for some other project which did not materialise. When Akhtar got the situation of the song, he asked Anu to play the particular tune for JP Dutta, who immediately gave his approval. But the catch was, the song was a free verse, something which Akhtar thought might become a hurdle in its making. It uses a simple imagery of a letter arriving from home, laden with love, nostalgia, and tears. 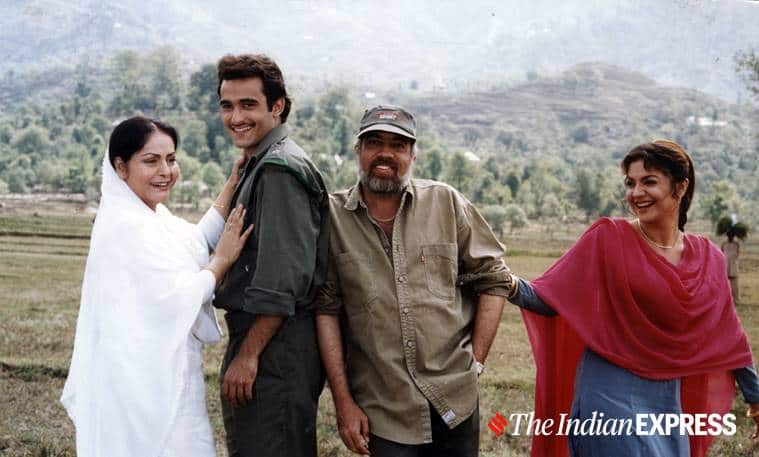 “The song required a lot of words. That’s why I got reminded of that tune, because I needed one where I got space to insert so many lyrics. There are small lines, but a lot of them. You can write in strokes there,” Akhtar said in the past.

Interestingly, Javed Akhtar also ended up writing an extra prose “Aye guzarne waali hawa bata” which did not match with the original tune. But, to everyone’s surprise Anu composed it in one go, ensuring the recording of the song did not get delayed. The complete tune of the more than ten-minute-long song got finalized in 7-10 minutes.

JP Dutta added that the lyrics of Javed Akhtar were so beautiful, that they automatically kept flowing into visuals, making its filming easy for him as a director. Border was one of its kind film with an incredible sound track, also including songs like “To Chaloon”, “Hamein Jabse Mohabbat” and “Mere Dushman Mere Bhai”.

Back in the day, Border did exaggerate the consequence that happened in the actual Battle of Longewala in 1971 for cinematic liberty – chest-thumping patriotism, loud dialogues and over-the-top melodrama. But, that’s because with time, the way we see our war movies has changed. 25 years ago, Border had no precedence. And its high point, beyond those tanks and grenades was the way it weaves the camaraderie, dreams and desires of each soldier, who might be risking everything to upkeep the nation’s pride, but deep down, he is a son, a husband, a lover , a father, a friend.

There’s something about Border that continues to keep it alive in our memories. Firstly, it isn’t a love story set against the backdrop of war, a favorite theme of Bollywood. Gladly, the war and ground zero formed its core plot with most of its characters being based on real people who fought in 1971.

When Border was screened for the film industry, many came out of the theater in silence, some patting JP Dutta in a casual way. Pooja Bhatt shared, “We were shocked at what happened to people, why aren’t they reacting at a film which we made with so much heart. I don’t think they got it. I don’t think they had a reference point for a film like Border.” Jackie Shroff confirmed that the film encouraged many young boys to join the Indian Army. But, JP Dutta wasn’t quite happy at Border’s success. No, this wasn’t anything he detested. He told Bollywood Hungama in an interview dated 2018, “Border gives me a little frustration. Because I’ve done so many films over the years, but I’m only known for Border.”

Border shines bright in the filmography of each of its cast and crew member. It was a film which was rejected by several leading actors. Shah Rukh Khan, Salman Khan, Aamir Khan, Akshay Kumar, Ajay Devgn and Saif Ali Khan, all of them declined Akshaye Khanna’s role. Sanjay Dutt missed out on playing Jackie Shroff’s part due to his jail sentence. Juhi Chawla thought the character of Tabu was too insignificant. When Suniel Shetty refused it the first time, Sanjay Kapoor and Armaan Kohli were approached too. Even Anil Kapoor and Manisha Koirala had to back out due to their individual reasons.

The film used real artillery provided by the Indian Army and Air Force, including vehicles, rifles, machine guns, as well as uniforms. Its officers also shared tactics used by the Pakistani army during the Battle of Longewala. JP Dutta wasn’t wrong in saying that Border was “like fighting a war” on a gigantic canvas, shot on actual locations in Rajasthan, to bring to life real characters. 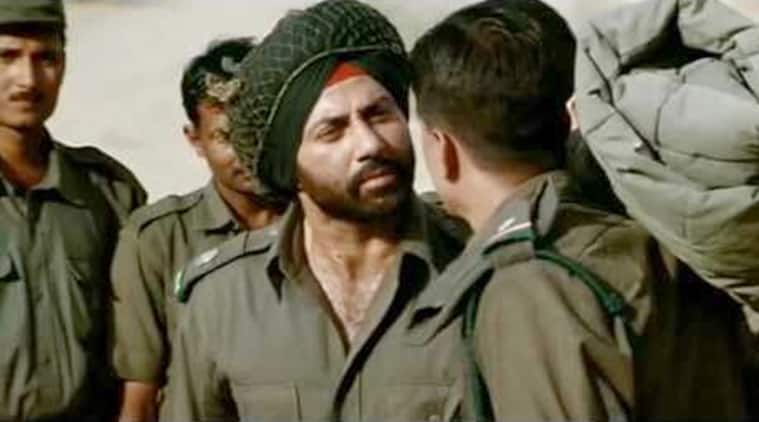 Sunny Deol played the character of Major Kuldip Singh. After Border, he donned the turban in several other movies.

It was the first time Sunny Deol played a sardar onscreen. It cemented Akshaye Khanna‘s career too, who had just made his Bollywood debut with Himalay Putra two months back (April 1997).

Border opened flood gates for the new age war films. It was also the first time that Pakistan was shown as the national enemy full throttle, with jingoistic sentiments. However, it is remembered, among dozens of reasons, for imparting the message of futility of war too.

As for “Sandese Aate Hai”, it’s going to remain our patriotic anthem for many more generations.