On the evening of the Met Gala, at a corner table at Mr. Chow on the Upper East Side, Fiona Stiles, the makeup artist who did Gabrielle Union’s makeup for the gala, sat with Hung Vanngo, who did the makeup for Julianne Moore and Laura Harrier, and Elle Gerstein, Blake Lively’s nail artist. They were compiling credit lists of products they used on their celebrity clients to be sent to the media, and posting detailed shots of their red carpet work on Instagram.

At another table, over chicken satay, green prawns and vegetarian potstickers, glam teams new and old gossiped about the looks they’d created for the evening. There was Emma Stone‘s hair stylist and makeup artist, Mara Roszak and Rachel Goodwin; Gemma Chan’s makeup artist, Daniel Martin; and Jessica Chastain’s, Mary Greenwell. Benjamin Puckey, who does Caroline Trentini’s makeup, was there, as was Sir John, who does Maye Musk’s, and Sam Fine, who works with Cynthia Erivo and Lena Waithe.

This gathering of makeup artists is an annual celebration by the beauty teams that do the looks for the Met Gala. It was started by the makeup artist Troy Surratt after the gala in 2013.

“It was just very lonely to finish up all the work and go back with your key card to an empty room,” Surratt said

The first gatherings took place in the private room of Via Carota in the West Village and later moved around the city. The celebration grew and grew, from a handful of makeup artists to 10, and eventually to what it is today, encompassing makeup artists, hair stylists, nail artists, brow experts and aestheticians. This year they met at Mr. Chow, a choice inspired by “The Andy Warhol Diaries” on Netflix, which Surratt had recently watched.

Goodwin has attended every dinner since 2013. “We count on each other,” she said. “This moment of celebration is so wonderful for us, too, to get together, to have the camaraderie. We’ve known each other, some of us, for decades.” 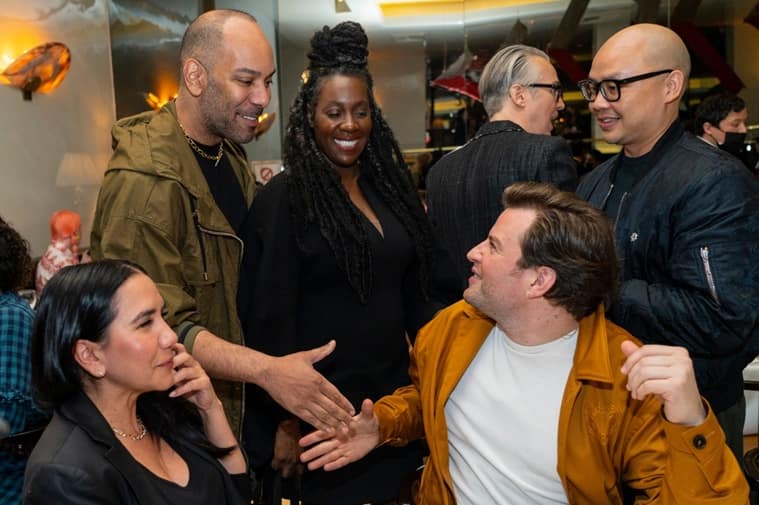 Guests chatted away about the looks they’d created, both maximal and minimal. “She had this beautiful kind of antebellum Louis Vuitton feathered creation of lace, so honestly, makeup needed to take a back seat,” Fine said of Cynthia Erivo. And Lena Waithe surprised him by saying she wanted a dark mouth. “She’s usually very understated,” he said.

Some mused about which celebrities were most willing to experiment. Greenwell said of Jessica Chastain: “I did a very strong eye with loads of lashes, which always looks amazing on her, and kept the skin just very beautiful and pure, but you know, she’s got wonderful skin. Then a very neutral mouth.”

Martin said of Gemma Chan: “Gemma loves to push it. We did like a smoky bronze eye, but we added these ball-bearing embellishments. She wore Louis Vuitton, so we pulled up the embellishments from the dress and put appliqués on her face.” 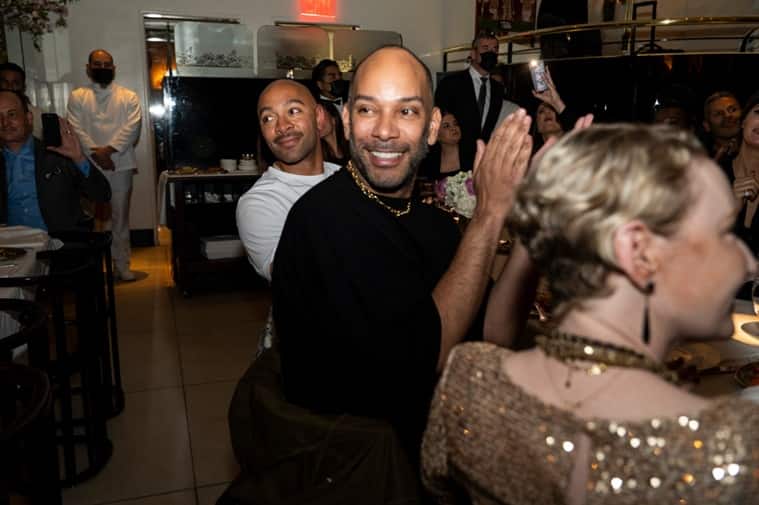 Many of the artists hadn’t had a chance to see their work on the red carpet before coming to the dinner and were refreshing their phones for a big reveal. One anticipated appearance was Cara Delevingnewho had gone topless, her chest and torso painted in gold with subtly matching hair.

“I haven’t seen it yet on the red carpet, have you?” Roszak asked a reporter. “I wanted her hair to be this golden cascading sort of vixen glamor. I created a dramatic side-parted wave — half of it was fake.” Romy Soleimani, Delevingne’s makeup artist, said that the gilded look was inspired by an old J’adore Dior ad.

“It’s a little punk, a little Ziggy Stardust,” she said. “You know, it’s always mixing that beauty and femininity with something masculine.”

Celebrities, it seems, are likely to be more open to trying new things for the Met Gala than for a traditional red carpet. “The Met Ball is such a high,” Roszak said. “We really get to showcase our creativity in a major way.”

Fine added: “I’m a New Yorker. So this is an event that we own.”

The gathering this year was the biggest yet, with a guest list of more than 70 and sponsorship by the e-commerce conglomerate Farfetch and the beauty retailer Violet Gray, which it just acquired. To support the artists, the sponsors paid for the dinner. And the bathroom was stocked with products they’d chosen. Greenwell had traveled from London and was excited to meet new faces. “I have no secrets,” she said of sharing tips with younger artists. “We all do makeup. We all do it differently.” Sir John was excited to see people who had mentored him. “It’s so good to be here and to see so many people that I used to assist,” he said. “I’ll never forget Orlando Pita giving me the best advice.”

For many guests, the dinner is an opportunity for community building. “We don’t get to see each other very often,” said Stiles, who has attended all of the dinners. “Most of the time we only see each other on social media.”

Gerstein, who created ornate ombré nails for Lively, inspired by New York architecture of the Gilded Age, spokes of the camaraderie. “I feel like some people think it’s a competition,” she said. “I think it’s a team, no matter what.”

Between courses, Surratt offered a toast. “As a bullied queer kid, growing up in a town with one stop light and a grain elevator, I would ride the bus to school daydreaming about how I would one day make my way to New York City to be a part of the glamorous fashion world,” Surratt told the room. “Somehow I knew there were kindred spirits out there and that I just had to find them. Thank you for being my tribe.”