The mid-life cycle update brings with it updated looks, a new dual-tone interior and additional features. 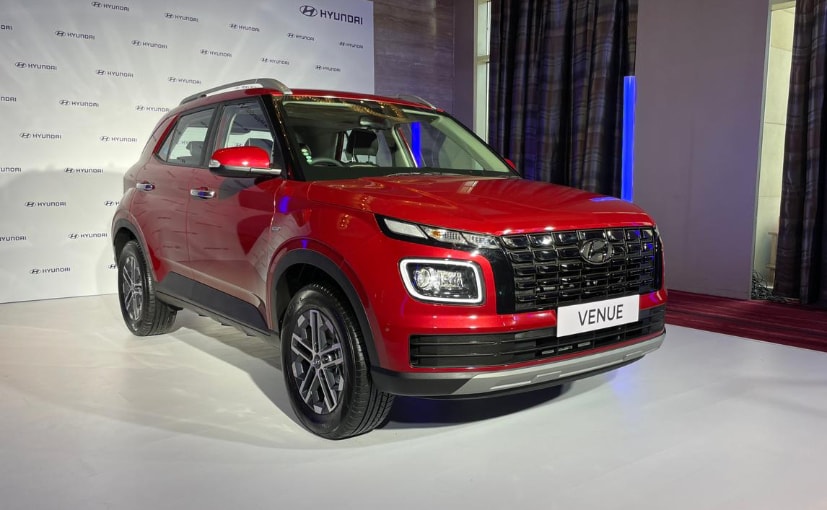 Since its launch in India in 2019, the Venue has been one of Hyundai’s most popular models with over 3 lakh units sold in India. Now, Hyundai has given the sub-compact SUV a facelift, bringing updated styling, tweaks to the interior, and new features. Prices for the new Venue now start at Rs 7.53 lakh (ex-showroom, India). We take a look at what’s changed. While the Venue retains its same basic silhouette Hyundai has brought in some styling details in line with its latest global SUV line-up. Up front, the most noticeable change is the new ‘Parametric Jewel Grille’ with chrome inserts and a darkened surround. The unit melds neatly with the high-set cluster that houses the parking lights and indicators. The main headlamp unit sits lower down on the bumper and features integrated daytime running elements. The front bumper too is new and gets a rectangular blacked-out section lower down housing the central air-dam. A faux skid plate element completes the look. Down the sides little has changed saved for the new design of alloy wheels. At the back the most noticeable change is the rear lights which are now larger, connected by a LED lightbar and feature individual dash-like lightning elements. The rear bumper too is new and also features a prominent blacked-out section and faux skid plate. 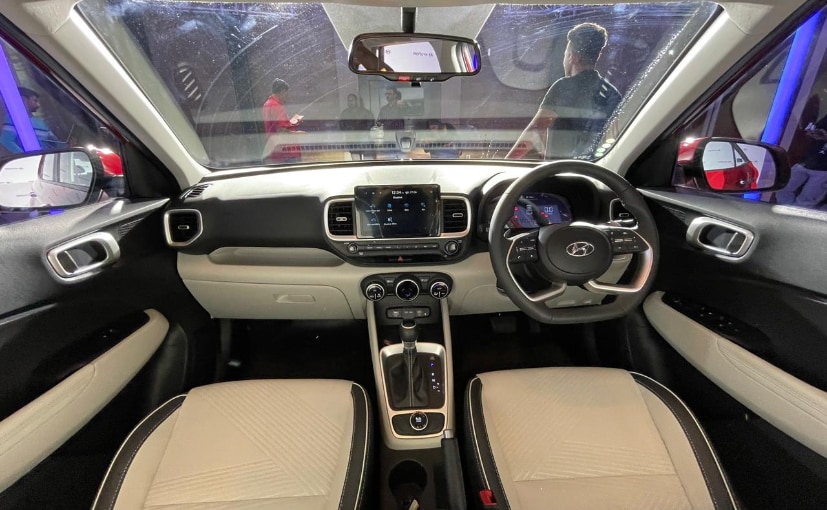 Interior of the new Hyundai Venue

The cabin still retains the same dashboard design though the biggest change is the move away from the outgoing car’s all-black interior. The lower dashboard is now finished in a lighter shade of beige as are the seats. Fabric upholstery still remains standard with only the top-spec model getting a mix of fabric and leather upholstery. Also new to the cabin is the ambient lighting and power adjustability for the driver seat – only 4-way adjustable, and a two-step recline function for the rear seat backrest. 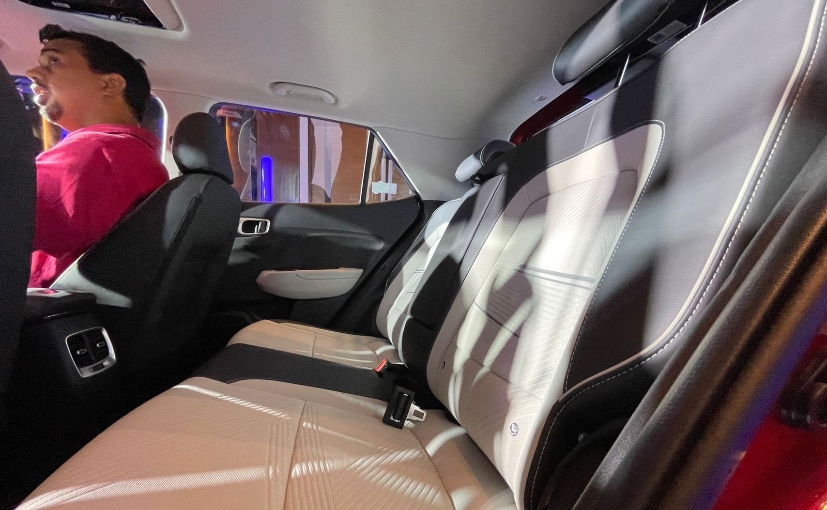 Hyundai Venue gets a two-step adjustable seat back-rest, a first in class feature. 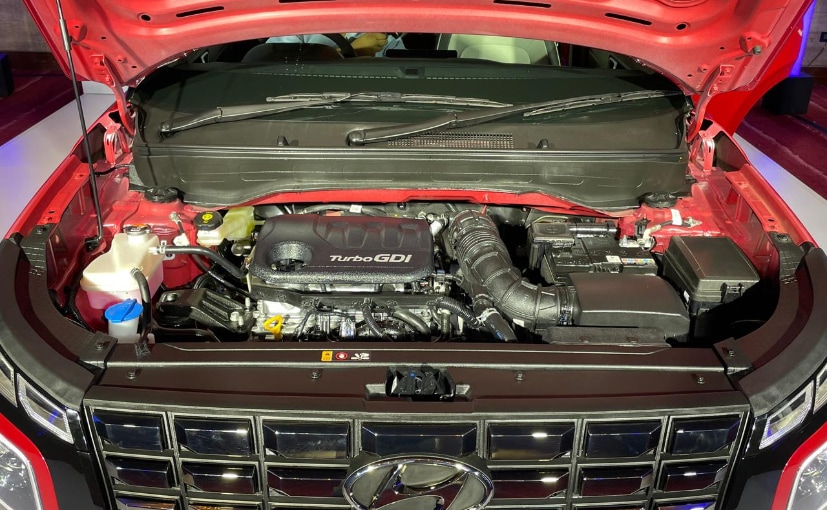 Venue gets two petrol and one diesel engine options.

The 1.2 petrol and 1.5 diesel are only available with manual gearboxes (5-speed for the petrol and 6-speed for the diesel) while the 1.0 turbo-petrol can be had with either a 6-speed clutch pedal-less iMT gearbox or a 7-speed dual-clutch automatic. 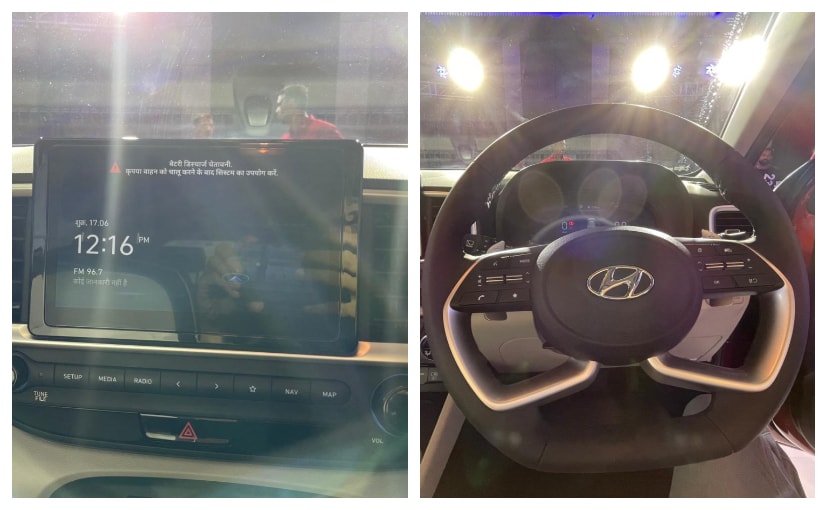 The new Venue also get feature differences between the same variant based on which engine in under the bonnet. In the S(O) trim the 1.2 petrol gets you smaller 15-inch wheels compared to the turbo’s larger 16-inches. Even cruise control and a rear wiper are exclusive to the turbo variant. 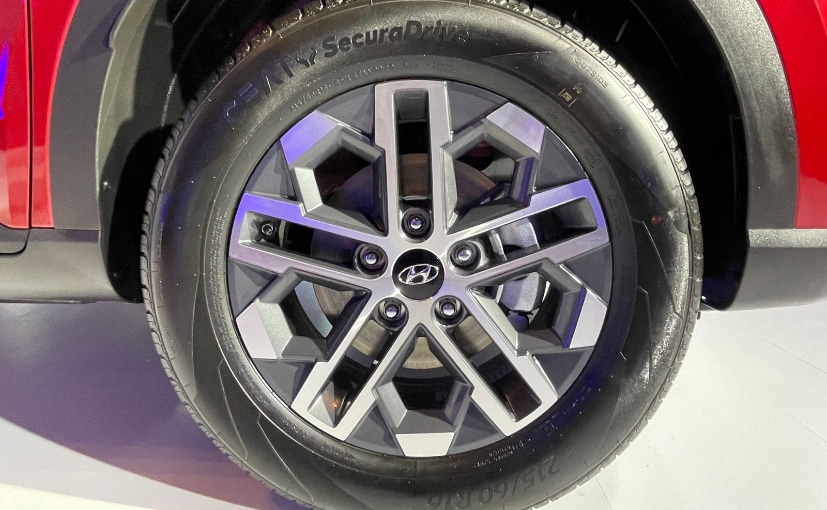 Similarly, moving to the SX variant, the 1.2-litre petrol variant still runs smaller steel wheels while the diesel will get you 16-inch alloys. Additionally, its only the petrol model that gets you BlueLink connected car tech though the diesel does get you wireless smartphone connectivity which is lacking on the petrol – the BlueLink-equipped touchscreen doesn’t support wireless Android Auto and AppleCarPlay. The diesel however does get you remote engine start, cruise control and a rear wiper which is missing on the SX petrol.

The Venue’s prices start from Rs 7.53 lakh for the base 1.2 petrol E variant. The prices for the turbo-petrol and diesel, meanwhile, start from Rs 9.99 lakh. The full price list is as follows: