The Museum of Modern Art (MoMA), New York, exhibition, “The Project of Independence: Architectures of Decolonization in South Asia, 1947-1985”, that continues till July, comprises over 200 works from India, Bangladesh, Pakistan and Sri Lanka , and includes sketches, drawings, photographs, films and architectural models. In this interview, Martino Stierli, The Philip Johnson chief curator of architecture and design at MoMA, speaks on architecture shaping the process of decolonisation and how concrete as a material straddled the global and the local.

What prompted the team to look at South Asian architecture after independence?

Modern architecture in South Asia is characterised by a wealth of extraordinary aesthetic and architectural quality that is little known, both to the MoMA’s audiences and the architectural community outside of the region. We felt that investigating this unique body of work would allow us to recalibrate the ways in which the history of modern architecture has been told, mainly from a Western and Eurocentric point of view.

What are the lenses of your reference?

We are particularly interested in the theme of self-determination and how the first generation of post-independence architects in the region collectively articulated a powerful vision of a postcolonial society. This aspiration was expressed in new cities and spaces of political representation and in the construction of formally and typologically innovative buildings. The exhibition showcases how architects from the region responded to the social and material conditions, and how they related their work to craft traditions and labor conditions unique to the subcontinent. The exhibition is transnational in nature and organized thematically. These address the construction of new cities, housing, industry and infrastructure, spaces of political representations, as well as educational and civic institutions. 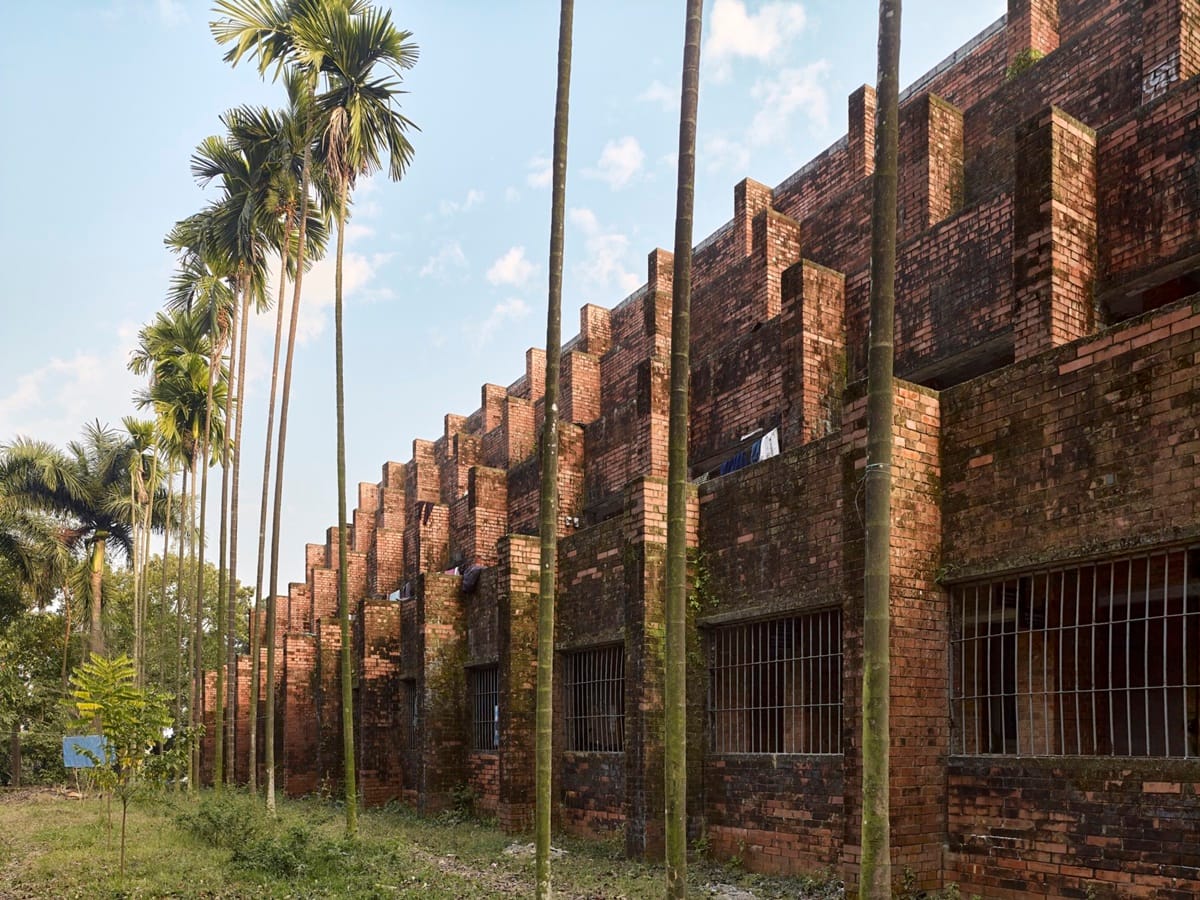 What features do you see in the design of the buildings that suggest the idea of ​​decolonisation?

Concrete took on a particularly significant role in embodying the cultural aspirations and realities that architecture in South Asia found itself in after independence. It was a material that was readily available and comparatively inexpensive; it could be employed on a large scale even by an unskilled labor force. We see this in the works of architects and engineers such as Raj Rewal, Mahendra Raj, Charles Correa and Kuldip Singh. Concrete as a material was in wide use all around the globe. By ostentatiously displaying the imperfections of the mold, the surface of these buildings were a self-reflexive commentary on the economic and social conditions in which they were constructed.

What units many of these buildings in the exhibition is a direct expression of the constructive and tectonic potential of concrete, whether it is in daring cantilevers or in geometric spaceframes. The widespread use of concrete allowed architects to both speak in an international architectural idiom and to firmly ground their work in the specific local conditions. In so doing, they changed the very idea of ​​modernism as something from elsewhere and asserted it for their idea of ​​a self-determined architecture specific to them. 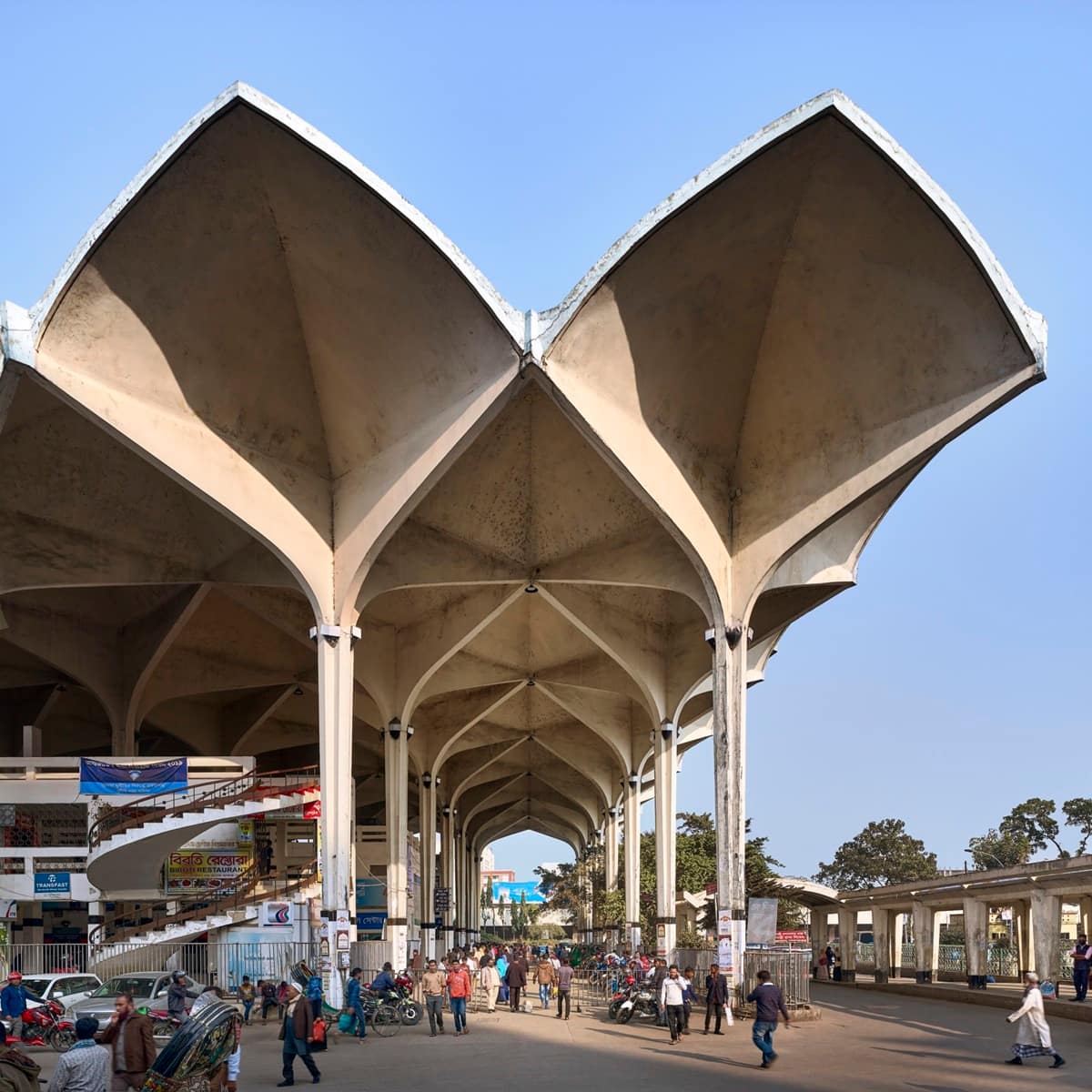 That said, concrete was certainly not the only material that was in wide use in modern architecture in South Asia. Traditional brick, too, continued to have wide currency and was employed in new and imaginative ways. I am thinking, for instance, of the work of India’s Laurie Baker, of Muzharul Islam in Bangladesh and Yasmeen Lari in Pakistan.

Did the curatorial team visit some of the buildings? What were your experiences?

Members of the curatorial team were able to visit almost every building represented in the exhibition. I remember the absolute thrill of entering the, now sadly demolished, Hall of Nations by Raj Rewal and Mahendra Raj in New Delhi’s Pragati Maidan, the sublime interior of Balkrishna Doshi’s Premabhai Hall in Ahmedabad, and the peaceful interior courtyard of one of Anwar Said’s mosques in Islamabad, to name just a few.

There were a great number of outstanding archival finds during the multi-year research project that preceded this exhibition. One thing that deserves mentioning is the work of the late Achyut Kanvinde, a Delhi-based architect, who produced an incredible oeuvre. The quality of Kanvinde’s drawings and also the significance of many of the projects, among them industrial complexes and university campuses, will be a real eye-opener for many visitors.

With the shift towards a capitalist world view in South Asian countries, does it seem like the architect has truly left the building — which is no longer for the masses but for a moneyed few?

Architecture has the capacity and the duty to give communicable and memorable form to society’s collective aspirations. In an ideal world, architecture is more than individualist expression. Modern architecture was a key agent in the advancement of social and social progress in the decades immediately following independence, and it came to embody these ideals and aspirations in a powerful way. The neoliberal turn has, in many instances, marginalized architecture’s civic dimensions and has shifted it to the realm of individual enjoyment and consumption.

It’s a powerful statement to have New Delhi’s Hall of Nations on the cover of the publication that celebrates the exhibition. 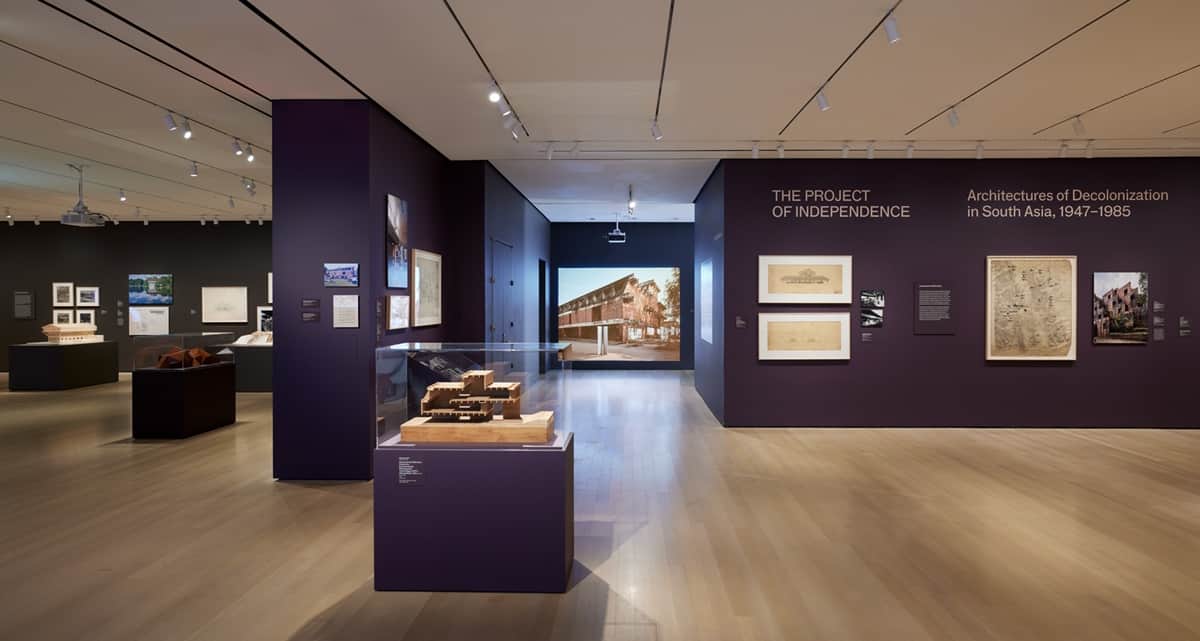 One of the key objectives of our exhibition is to raise awareness for the precarious state in which modern architecture finds itself in this part of the world as well as in many others. We hope to raise awareness for the need to preserve this legacy and the bold social vision of it embodies. The destruction of the Hall of Nations in 2017 is a particularly glaring example where a building of the highest architectural merits and historical and political significance was lost to short-sighted economic interests. It probably didn’t help either that the Hall of Nations stood for an idea of ​​India that is no longer in fashion, a situation unfortunately encountered in other regions as well.