Shriya Pilgaonkar is understandably in a great place these days. Her last two projects, Guilty Minds and The Broken News, have been hits and received rave reviews. It’s been a good year for Shriya but she took her time getting here. She made her big-screen debut in Ekulti Ek in 2013 and her big Bollywood debut in 2016’s Fan opposite Shah Rukh Khan. Since then, the actress has found success in the OTT space with a string of hits. What makes her stand out is her willingness to take on different roles and experiment with different genres. Also, she’s a genuinely warm person – that works wonders for her. In an exclusive interview with Filmfare, the actress talks about the success of The Broken News, social media, being a ‘star-kid’ and why she’s eager to do a masala Bollywood film.

The Broken News offered a very balanced take on…

Thank you, I think that was the intention even for the makers, to humanize everybody. Because it is very easy to vilify somebody or make strong judgments about who’s right and who’s wrong, there are so many pressures that are there at so many levels which I feel like understand only people in that position completely. So I am happy if, as a journalist, that is how you feel.

You have been having a great year – Guilty Minds was immediately successful. And I have always believed that the best kind of success is the one achieved through word of mouth, which is what Guilty Minds had.

When you quietly win, you know? Guilty Minds is a show which was very close to my heart. It was one of the first opportunities I got as an actor to really sink my teeth into and Kashaf Quaze was not an easy character to play, she was a very complex person. Even with her personal life, her relationship with her father and mother, and her relationship with her colleague who she likes; Her ideas of right and wrong are so clear that for someone like Kashaf to survive in this world can be very hard. Yet, she is very persistent. So for me, it was very fulfilling as an actor to play that part.

We were so relieved when Guilty Minds got all the love because sometimes even if you are working hard, the project might not work out. But when it does, you feel like the circle is complete. For Broken News, the characters, in terms of ideas, Radha and Kashaf are similar in what they are passionate about, standing up for the truth, and giving people a voice. But as people, they are both very different. Radha is someone who is okay to manipulate a situation to get what she wants but Kashaf is not that person. So I was aware of people might say that I was doing a similar character right after the first one but I hope that the differentiation has come off. I am doing different parts in the future so hopefully, no one will be quick to stereotype me. 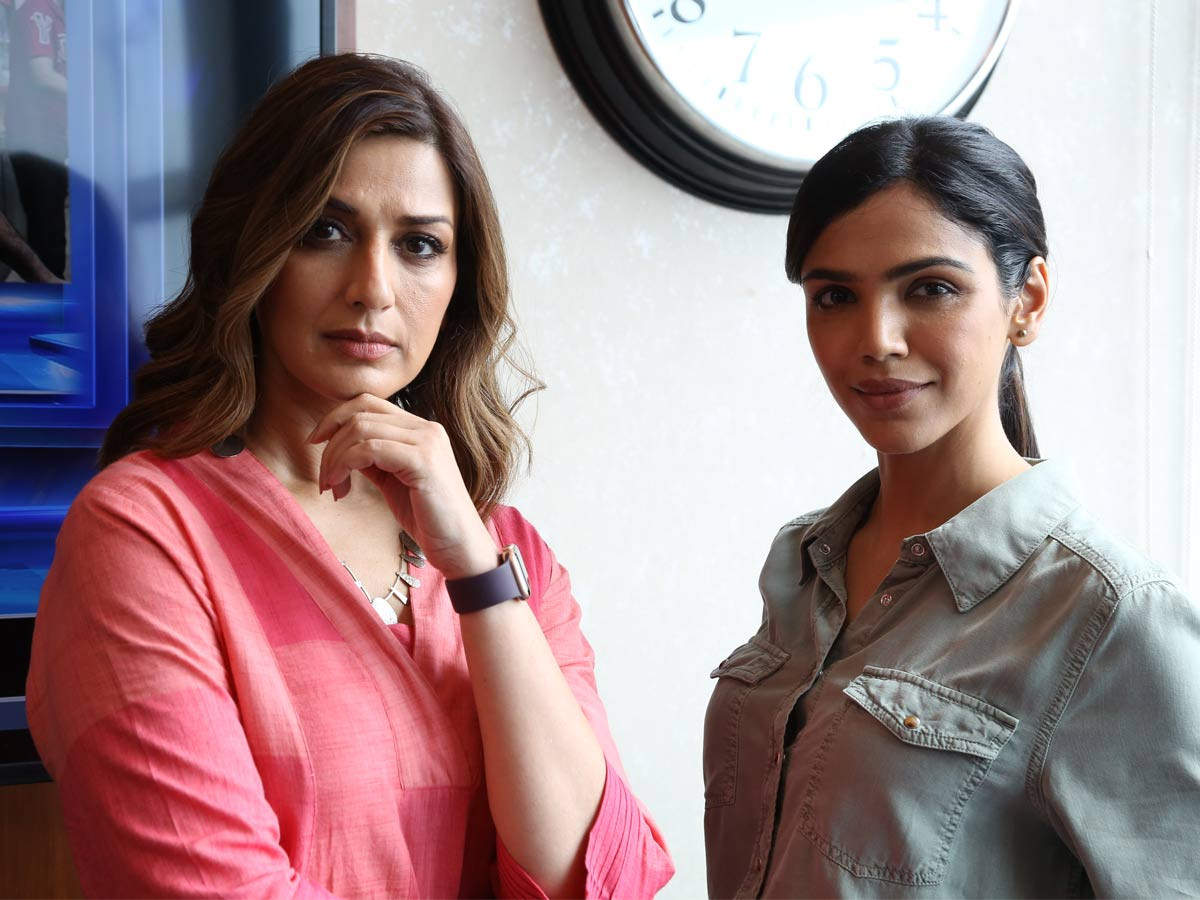 When I read some reviews of Guilty Minds – there are some critics who never give good reviews and I was like ‘oh my god if this guy liked it, then I really must watch it.’

Sometimes there are little details and nuances that the filmmaker or the actor puts into the part and many times it goes unnoticed. But I love the way that a lot of the reviews were able to catch on to those things. Of course, there will be flaws and imperfections in anything you make but the fact that you have tapped into the soul of the project is the biggest thing. I think the best things are word of mouth because people trust it like that. Often when you hype a project . . . we have seen that hype can go in the wrong direction as well. Nothing is more important to me than being called a good actor because I often say that being a star is not in my hands but being known as a good actor is.

Radha is so true to her ideals, even when she leaves Awaaz Bharati and goes to Josh 24/7. Are you like that too where there is no wiggle room?

I don’t think I am as impulsive as Radha is. Sonali (Bendre) and I would joke that Radha has a lot of tantrums, she acts a lot on emotions. For her, her entire point of going to Josh 24/7 was that she felt powerless in Awaaz Bharati and she was very frustrated. But when she went to Josh, she realized that this is wrong and that was enough for her to leave. I don’t think she cares about what people think. But I personally always carefully weigh my pros and cons when I make a decision. The only time I am impulsive is when I am traveling or doing something adventurous. But in life, decisions are hard and you have to take responsibility for them. So no, I am not similar to Radha in that sense. 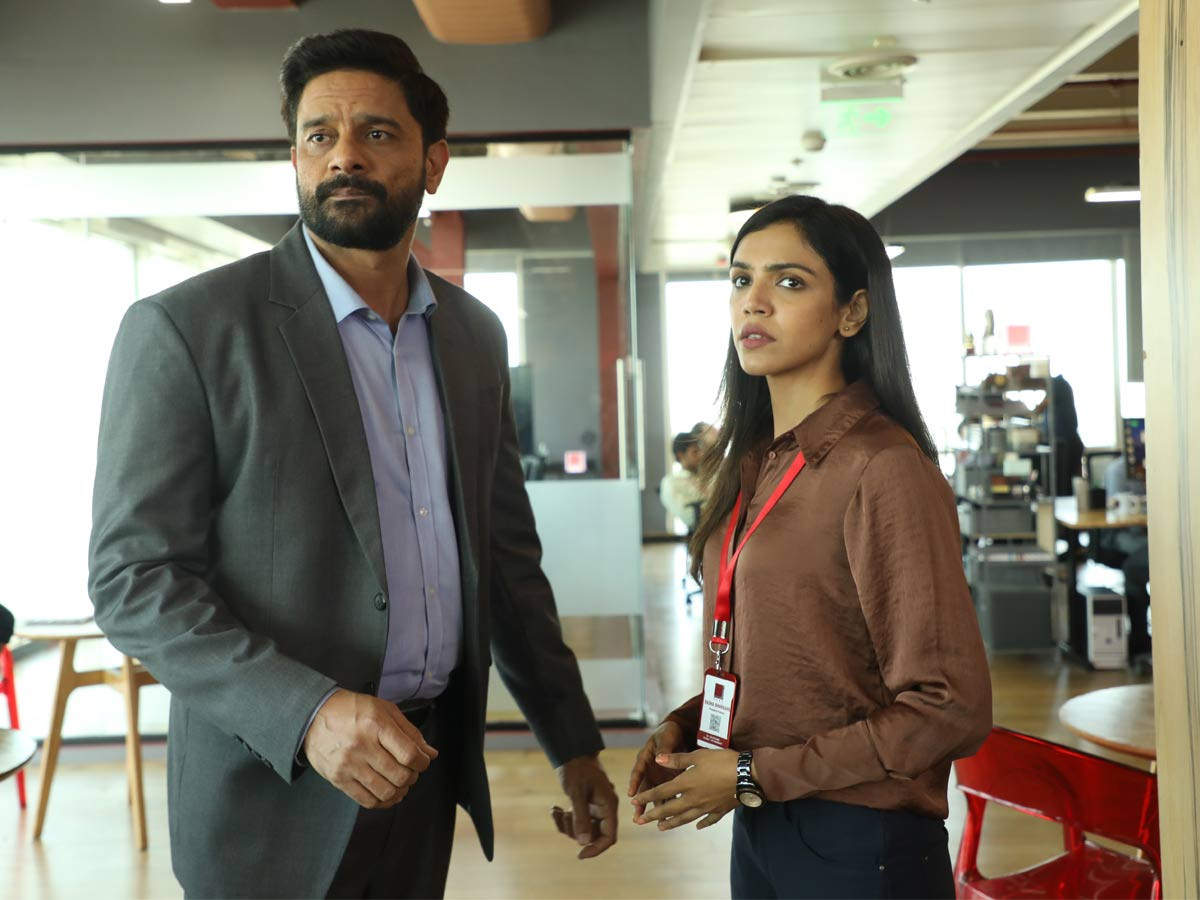 Would you pick a total masala film simply because it might be you more views or more followers?

Well, not about followers or fan following but as an actor, I am dying to explore all sides. I feel like I am somebody who enjoys the larger-than-life Bollywood Masala film. I love to dance, I love to sing and I feel like that side of me has not been tapped. So most definitely agar mujhe kal aisi koi film milti hai, why not? I would love to do it. As an audience, I love watching different types of films and some wonderful filmmakers are great at the genre and they do that so well. I want to be known as an actor who is capable of fitting into several things. But sometimes I feel like you have to spoon-feed a little bit. For people to see me in that larger-than-life commercial space, maybe I also have to try and project myself in a way where I have to maybe convince the makers that I can do that. Sometimes just being a good actor is not enough to get those kinds of projects. 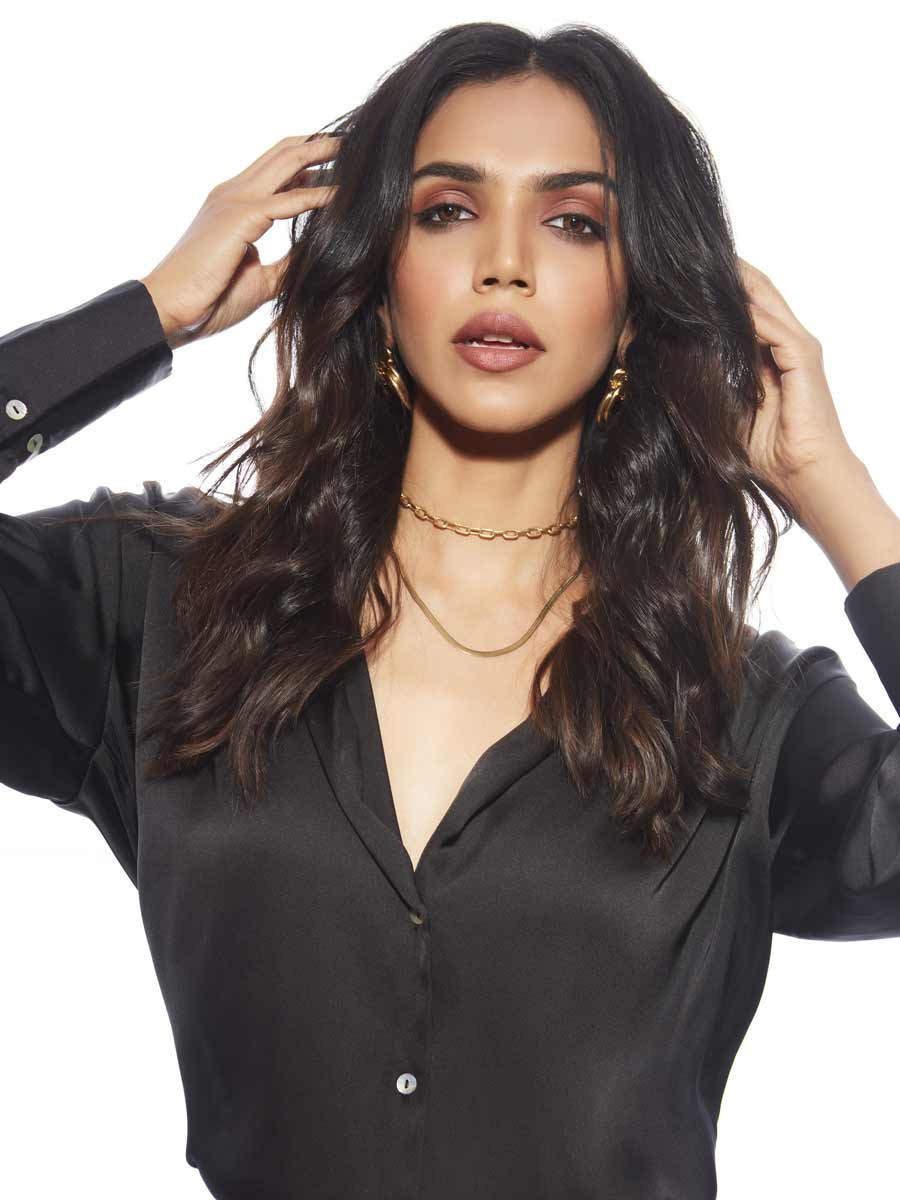 Growing up we had a very different idea of ​​stardom, somewhere do you feel that ‘vo big screen wali baat’ or stardom is no longer there?

I think today the definition of stardom is evolving. You know, some people might perceive me as an OTT star and some people might not use that word for me. For some people, influencers are perceived as a star but for some, they might not. I think the lines have blurred today and it is all about being consistent or relevant – if you are good you are going to stay. For example, Shah Rukh Khan or Kareena Kapoor Khan are always going to be stars, but at the same time for me, Ali Fazal is also a star. You look at Pratik Gandhi; he is also a star. You can’t really define it right now and that is the beauty of OTT space. The minute you are a part of a project that does well wherein you connect with people, it is wholly possible to be that shining star.

I don’t think Social Media should define anybody’s momentum. Some of the biggest stars of the world are not even on social media. I think what happens is that people try to create a perception instead of actual substance and that is where you can go wrong. I enjoy social media as long as it doesn’t stress me out, of course, some of it is work. But never have I ever thought about what to do to increase my followers and how that will get me different kinds of work. That is just a dangerous route to go down and I hope casting directors are not making actors feel like that.

Have you faced nepotism claims because of your parentage?

I don’t – maybe – fall under the typical star-kid umbrella. I have not been on magazine covers before any of my films have been released, I have had to systematically work towards it and I mean that’s just the route I have taken. No judgments for the other routes people have taken, to each their own. So before my first Hindi film, Fan, I had done a Marathi film and a French film. Fan for me was a wonderful experience, I got to work with Shah Rukh Khan and it was such a special beginning. You’ll find it so funny that despite being in a Shah Rukh Khan film, I had no idea about the fact that I should be doing PR. I could have blown it out of proportion like a lot of people do.

The nature of the industry is such that so many things are done to package the actor, and I did not know it back then. So the route I took was ‘let me be patient, give a few auditions’. Mirzapur changed the momentum of my career. After Mirzapur, I did Beecham House, a British series. And slowly and steadily when Guilty Minds came to me, I realised that this is the script I can completely put myself in. So hopefully after Guilty Minds and Broken News, all fingers crossed, I attract more work where I can headline in different genres and let’s see.

Do you feel that the image of an empowered woman in cinema has changed? Because earlier it was like you give a woman a cigarette, make her wear short clothes and she is an empowered woman. When I see Radha, half the time she wears the same clothes…

(Laughs) But Kashaf was classily dressed, you know.

Now that you are being bombarded with scripts, are you feeling like “thank god, it is not like that”?

Luckily, now that I have played both these protagonists, Kashaf and Radha, I feel like I am spoiled because of them, they are so well-rounded. My director Shefali Bhushan knew Kashaf inside out and credit goes to her for writing her in such a nuanced manner. Even with Radha, Vinay (Waikul) Sir was very careful that he wanted her to break away from the cliches. It would have been very predictable for my boss, editor-in-chief Amina, played by Sonali and Radha to not agree with each other and to be bitchy, to be manipulative or speak behind each others’ back. But the writers made sure that they added such gentleness to it that they could be vulnerable with each other, and to me, that was a big win. They were okay breaking down in front of each other, they were okay disagreeing with each other, and they saw themselves in each other.

There was a phase where you were either this pretty, sweet girl-next-door who was very simple or the cigarette-smoking urban, having affairs and being ambitious. But today, across films, you are seeing a lot of evolution with the writing and a lot of it is also because you have such good female writers. That also plays a very important role. When I see the kinds of parts that Shefali (Shah) Ma’am or Neena Gupta and Sakshi Tanwar play, I think about how across ages, actors are getting an opportunity to explore different faces of themselves. Their desires, fears, strength and vulnerability. It’s exciting and hopefully, it keeps getting better and better.