Almost 400 years ago, the Catholic residents of a small Bavarian village vowed to perform a play of “the suffering, death and resurrection of our Lord Jesus Christ” every 10 years, if only God would spare them any further losses from the plague known as the Black Death.

Legend has it that ever since 1634, when the villagers of Oberammergau first performed their passion play, no more residents died of that pestilence or any other plagues — until 2020, when the world was hit by a new plague, the coronavirus pandemic. Oberammergau, like so many places worldwide, suffered some COVID-19 deaths, though residents who confirmed that were unsure how many.

Rochus Rueckel as Jesus peforms with cast members during the rehearsal of the 42nd Passion Play in Oberammergau, Germany. (AP Photo/Matthias Schrader)

Another consequence: The villagers could not fulfill their vow to stage the play after a 10-year interval. It was set to open in the spring of 2020, but was postponed due to the pandemic.

Now, after a two-year delay, the famous Oberammergau Passion Play is finally opening on May 14 — the 42nd staging since its long-ago debut. 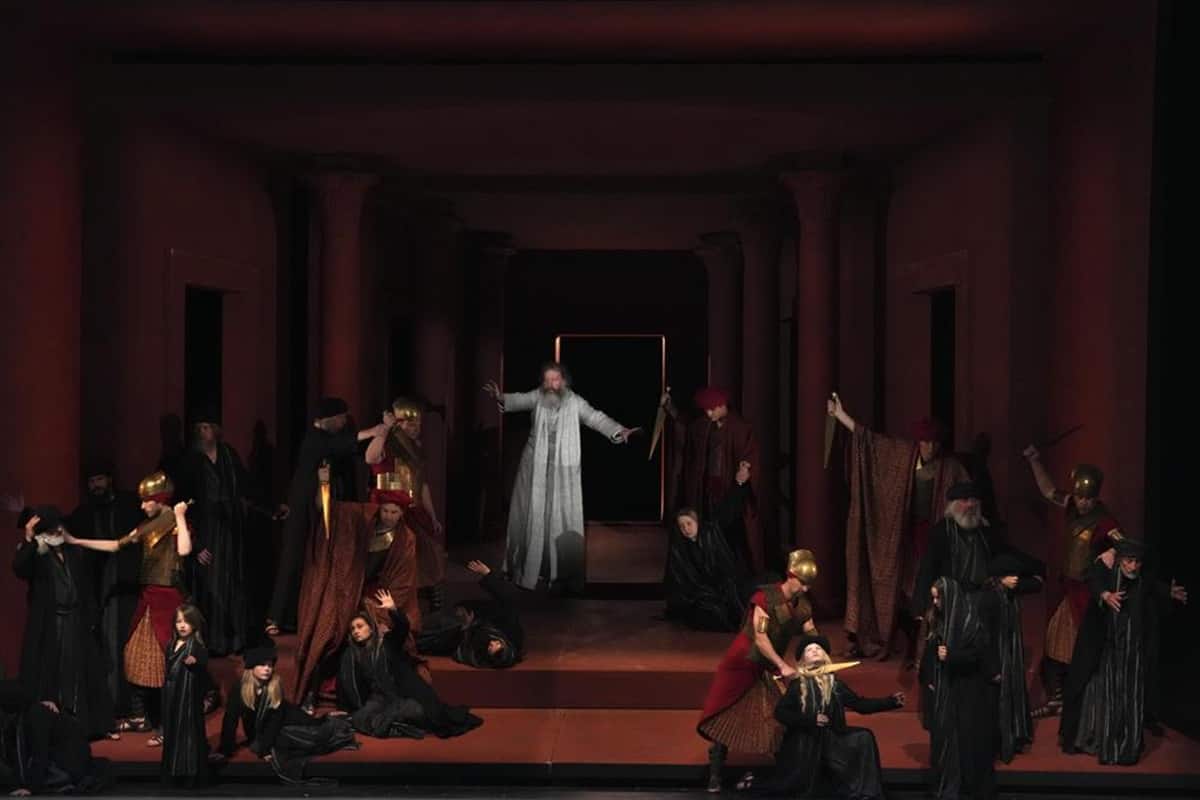 Cast members perform during the rehearsal of the 42nd Passion Play in Oberammergau, Germany, Wednesday, May 4, 2022. (AP Photo/Matthias Schrader)

It’s a production modernized to fit the times, stripped of antisemitic allusions and featuring a diverse cast that include refugee children and non-Christian actors.

The play will be one of the first major cultural events in Germany since the outbreak of the pandemic, with almost half a million visitors expected from Germany and all over the world, notably from the United States.

“Just a few weeks ago, many could not believe that the Passion Play would premiere,” said director Christian Stueckl, who was born in Oberammergau and has been in charge of the play for more than 30 years.

“We don’t know what COVID-19 will do, if there will be another wave,” he said. “But we have an endless desire to bring our passion to play back to the stage and we are highly motivated.” 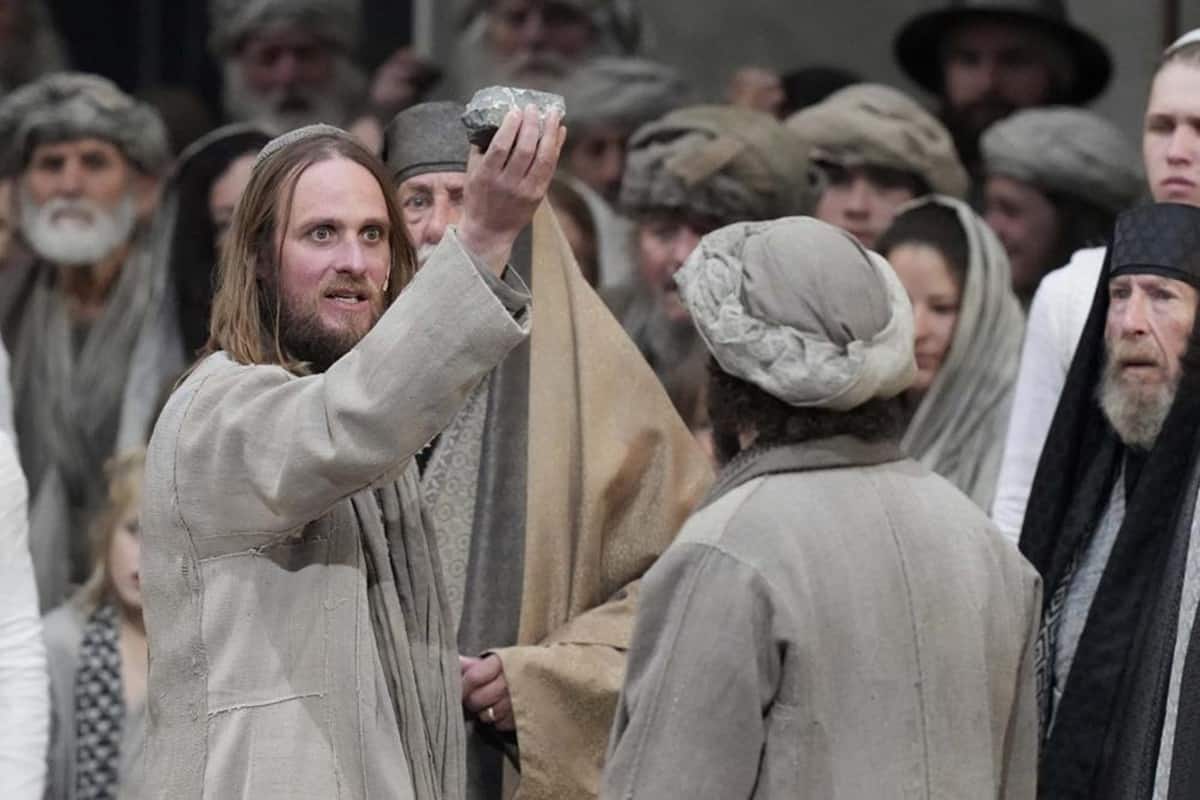 Frederik Mayet as Jesus performs during the rehearsal of the 42nd Passion Play in Oberammergau. More than 1800 citizens of this Bavarian village participate in the century-old play of the suffering of Christ, staged every ten years and dating back to 1634. The village had taken a vow then to escape the plague that had threatened the population. (AP Photo/Matthias Schrader)

All the actors tested themselves for the virus before every rehearsal and will continue to do so for all 103 performances which run through Oct. 2, Stueckl said. They have all been letting their hair grow — and the men letting beards grow — for over a year, as tradition dictates.

With Russia’s invasion of Ukraine still underway, themes such as war, hunger, persecution and displacement play prominent roles in this year’s production — showing the timelessness of human suffering from 2,000 years ago and from today.

The play — which for hundreds of years reflected a conservative, Catholic outlook — has received a careful makeover to become reflective of Germany’s more diverse society. It includes a leading Muslim actor for the first time and has been purged of the many notorious antisemitic plot lines which drew widespread criticism.

“The history of the Oberammergau Passion Play as being one which manifests these antisemitic tropes — Jews as villainous, Jews as deceptive, Jews as bloodthirsty, Jews as manipulative, Jews as Christ killers — was always part of the story,” Rabbi Noam Marans told The Associated Press in a recent interview in Oberammergau. 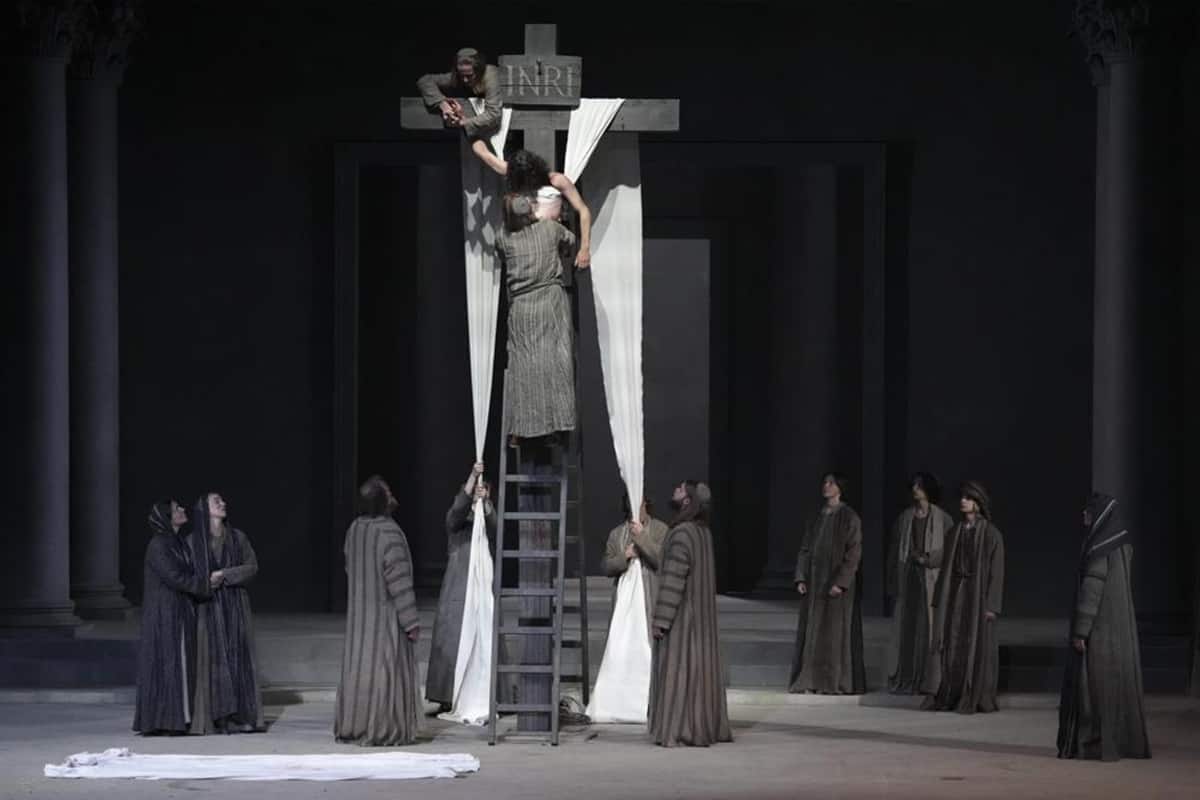 Rochus Rueckel as Jesus performs with cast members during the rehearsal of the 42nd Passion Play in Oberammergau. (AP Photo/Matthias Schrader)

Marans, the director for interreligious and intergroup relations for the American Jewish Committee in New York, has been advising Stueckl together with a team of Christian and Jewish American experts for several years on how to rid the play of antisemitic content.

It’s been a success story. The play no longer depicts the Jews as Christ’s killers, and shows clearly that Jesus was a Jew himself. It places the story of Jesus’ last days in historical context, with all its intra-Jewish tensions and the Jews’ state by the Romans.

The male performers wear yarmulkes, making them clearly recognizable as Jews. Of course, there are many Christian elements as well, such as the famous choir and orchestra whose musical compositions go back to the early 19th century.

The mix of Christian and Jewish influences on the current performance is vividly illustrated during the depiction of the Last Supper, when a huge Menorah is lit on the table and the disciples of Jesus recite both Hebrew prayers and the Christian Lord’s Prayer.

“Let there be no doubt: in Oberammergau, in the play, antisemitism has no place, and it has no place in the lives of the performers either,” Stueckl said.

Along with tackling the play’s antisemitism, Stueckl made it a more inclusive performance overall. 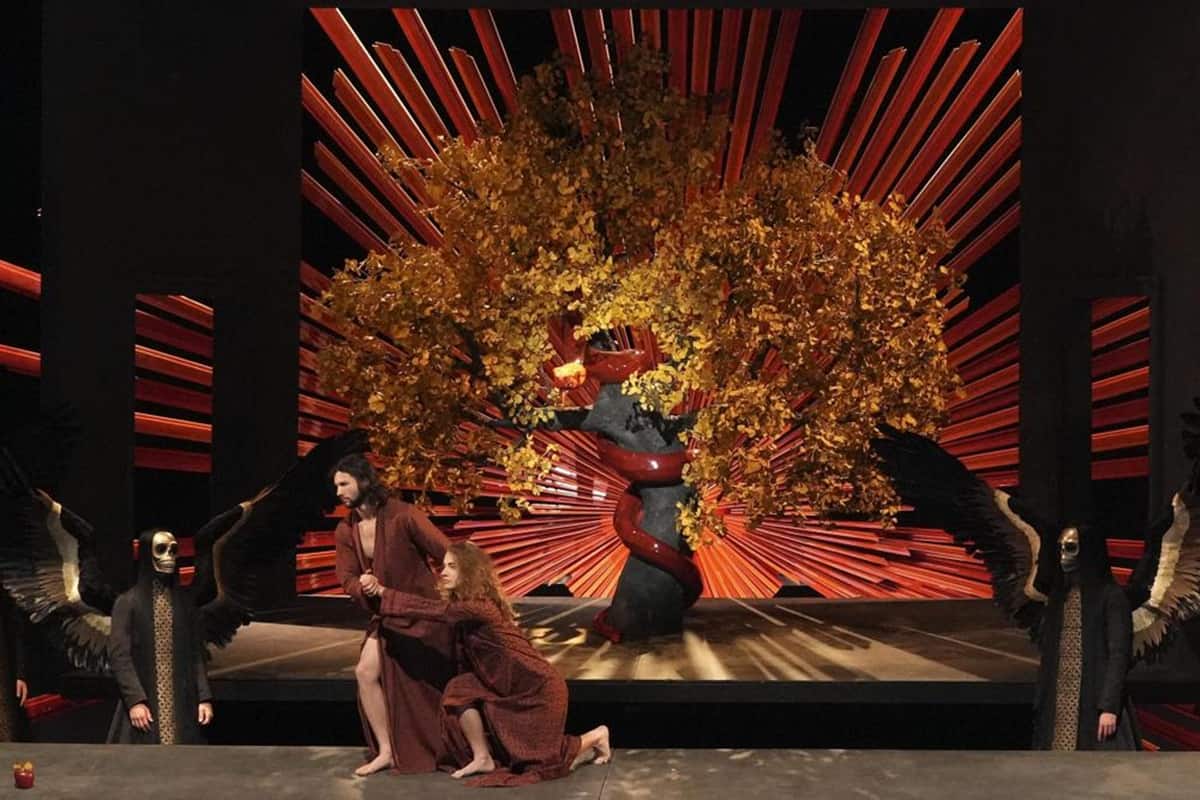 Until the 1990s, when Stueckl took over as director, performers had to belong to one of the two major German churches, Roman Catholic or Lutheran. These days, people who have left the church, atheists, Muslims, and members of any other religious affiliation are welcome to participate as long as they are residents of Oberammergau.

Judas is played by Muslim actor Cengiz Gorur. The deputy director, Abdullah Karaca, is the son of Turkish immigrants. And several children of refugees from Africa and elsewhere, who only recently arrived in Oberammergau after fleeing their home countries, were invited to perform.

When it comes to women, there’s still some work to be done. Stueckl called the play “very male-dominated” — all leading roles are male, with the exception only of Jesus’ mother, Mary, and Mary Magdalene.

Asked whether he could imagine a future performance in which women played leading male roles, Stueckl shook his head.

“I don’t think I will live to see Jesus being played by a woman — or Mary by a man,” he said. Then he paused for a moment, smiled, and added: “Even though the world would not come to an end because of that.”