“I am very privileged that you are asking me these questions. It feels good, I don’t think you have done it (before). But I’ve done that a little bit.”

During a chat with Virat Kohli after Royal Challengers Bangalore’s win over Delhi Capitals, Dinesh Karthik didn’t forget to bring up his role as a commentator during India’s 2021 tour of England. In less than a year, how the tables have turned! Kohli has either lost or surrendered all his four crowns amid a severe run drought. Meanwhile, at nearly 37, Dinesh Karthik has forced Indian cricket to think about him yet again, with 210 runs at a strike rate of 210 in seven IPL 2022 innings, six of them unbeaten.

Every time the ‘no entry’ board was put up outside the national dressing room for any particular skill of his, Karthik simply went back and chiselled himself a new one. Wicketkeeper slot permanently booked under MS Dhoni’s name? Well, how about a specialist Test opener in England? Or a middle-order spot for a World Cup? Or now, a finisher’s role for a T20 World Cup?

For the last one to happen, there are three broad considerations for the national selectors. Firstly, has Karthik done enough to merit a recall? Bear in mind that he was not even among the 24 players India used under new captain Rohit Sharma in the T20I home series against New Zealand, West Indies and Sri Lanka after the 2021 T20 World Cup debacle. Secondly, how far can big-game temperament in a World Cup knockout game in vastly different conditions be gauged from IPL performances, especially considering Karthik’s poor record in ICC tournaments? And thirdly, and perhaps most importantly, how do you fit Karthik into the XI?

Karthik has publicly spoken about his desire to perform the finisher’s role, ever since India’s 2019 World Cup exit. “I feel I’m well suited to play the role Dhoni played for so many years,” he had said three months after the debacle in Manchester.

That semi-final loss to New Zealand was the last game Dhoni and Karthik played for India. The man who’d made his India debut three months after Karthik had to go on to announce his international retirement a year later. Meanwhile, Karthik still believes his T20I spot copped collateral damage for the World Cup failure. Selection should be format-specific, he’d say.

As if finishing all those games for RCB wasn’t making a renewed case for himself, Karthik has expressly stated it in detail. “There is a World Cup round the corner. I want to be part of that World Cup desperately and help India cross the line,” he told Kohli. “It’s been a long time since India won a multi-nation tournament. I want to be that person who is helping India do that. For that, you need to prepare differently, you need to be aware of so many things and try and be that player where people stand up and notice you and say, ‘hey, this guy is doing something special,’ and I want to be that guy.””

There is no doubt that in this IPL, Karthik has brought an almost eerie calm to what is, by its very nature, a nerve-wracking job. Under pressure situations, he’s successfully taken apart some of the finest T20 international bowlers, such as Ravichandran Ashwin and Mustafizur Rahman.

He’s worked on hitting a boundary in the first three or four balls he faces, regardless of who’s bowling and whether his side is batting first or second.

Dinesh Karthik plays a shot during match 31 of the IPL 2022 between the Lucknow Super Giants and the Royal Challengers Bangalore held at the DY Patil Stadium in Mumbai. (Sportzpics for IPL)

While batting first against Punjab Kings, he hit his fifth ball for a boundary, and came up with a sequence of six boundaries in nine balls in his 32 not out off 14. Against DC, he was also setting a target but had walked in at 92 for 5 in the 12th over. So, he took a while longer, scoring his first boundary on his 14th delivery, but then arrived a flood of seven boundaries in eight balls, as he zoomed to 66 off 34.

In chases, the first boundary came off the very first ball against Chennai Super Kings and four came off five, before he was caught right on the edge of the substantial DY Patil Stadium boundary for 34 off 14. Against Rajasthan Royals, the first boundary took five balls to come; six would be taken in seven balls in an unbeaten 44 off 23. So, he’s worked to a clear pattern.

Innovation is the nature of T20, with both batsmen and bowlers constantly seeking marginal advantages over each other. And Karthik is anything if not innovative; for instance, he’s spent time polishing the reverse-scoop he plays against pacers. 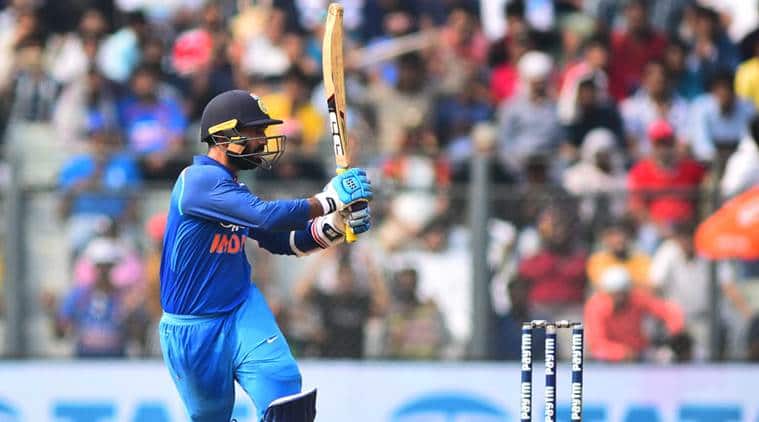 “This is one shot I practiced in the off season – the reverse-scoop over short third man. These days a lot of bowlers try and bowl wide yorkers, so if you have that option, you can try and hit that over the infield there. And more often than not, if you connect, you get a boundary. It is a slightly hard shot, you need to be aware of what the bowler is trying to do and then try and be one up on him.”

Not just the reverse-scoop, the entire undertaking of finishing is hard business, of course. In one of RCB’s team videos, after their game against Lucknow Super Giants, Karthik is seen telling skipper Faf du Plessis about one such instance in the DY Patil dressing room. “It is too hard to hit at the end… I promise you I hit with all this power and he caught it 10 yards inside,” Karthik says, first playing a mock pull with effort and then taking a simple mock catch.

The judgment call for the selectors is whether this bundle of highly-specialized skills can be executed when the stakes are highest on the biggest stage. To that end, perhaps the knockout stage of the IPL will be a helpful pointer; at the halfway stage at least, RCB seems well on their way to making the cut.

As far as World Cups go across formats, Karthik averages 10.14 in seven innings. In T20 World Cups, he averages 11.40 at a strike rate of 112. But he played the last of those back in 2010, and is a vastly evolved batsman now. The 2019 disappointment is much more recent, but that was a middle-order role in the 50-over format. He is in the running for something completely different at the moment.

Finally, there remains the big question; where does he fit in, or rather who do you leave out to get him in? Since the 2021 T20 World Cup, India have given Venkatesh Iyer the most opportunities (six innings) at positions 5-7, followed by Ravindra Jadeja and Rishabh Pant (four innings each). There have been two chances each to Suryakumar Yadav, Shreyas Iyer and Axar Patel. 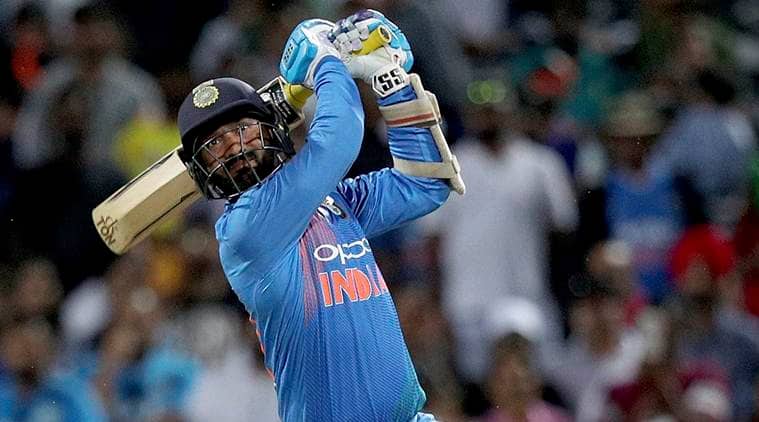 “You don’t want to go to a World Cup with people who have batted in the top four consistently and throw them in at five, six, seven and expect them to do well,” Karthik had told ESPNcricinfo before the 2021 T20 World Cup . “You definitely expect a Hardik (Pandya) or a Jadeja to do well. Who else is there who bats at those numbers for their franchises? So, when push comes to shove, and the game is on the line, they know there is a middle-order batter who has been in that situation.”

Karthik’s argument has obvious merit, and also leaves room for one seam bowling all-rounder and a spin all-rounder in two of those three slots from Nos 5-7. However, if Karthik were to take the remaining one, it would leave just one spot available at No. 4 to squeeze in one out of Pant, Suryakumar and Shreyas, assuming the top three are Rohit Sharma, KL Rahul and Kohli. It seems highly unlikely at the moment that India would go into the T20 World Cup without Pant and at least one out of Suryakumar and Shreyas.

If neither of the latter two makes the XI, Karthik comes in their place. But assuming either Suryakumar or Shreyas plays, India would need to take one among three somewhat radical calls to get Karthik in.

He either plays as the specialist wicketkeeper and Pant sits out.

Or India sacrifice one of the two all-rounders they prefer to play (seam or spin). That means the remaining all-rounder has to send down four overs, and none of the four specialist bowlers can afford to have an off day.

Or one of the top three batsmen sits out. The captain can’t, and it is unlikely his opening partner Rahul will be made to, so that leaves India with no choice but to leave Kohli out.

That possibility might not have been on the former India captain’s mind when he told Karthik, “I can surely tell you that you have presented a very strong case for yourself… I am sure a lot of people are taking notice at the highest level as well .”

It is going to cause headaches galore to the team management, but it is in keeping with the current reality of Indian cricket; There are too many deserving a look-in and only 11 spots to fit them all in. But there is no denying that Karthik has once again gone to work and this time, chiselled for himself the hardest batting skill in T20; Regardless of whether he travels to Australia in October or not, he is certainly making a pretty strong case for himself in the IPL.