Top Places to Visit in Varanasi

Sitting on the banks of the river Ganga in Uttar Pradesh, Varanasi is considered to be the oldest city to be inhabited on earth. Being the most holy pilgrimage city for the Hinduism followers, the city of Varanasi is also known as Kashi and Benares. Sarnath, the town where Gautam Buddha delivered his first sermon after he got enlightenment is situated at a mere distance of 10 kilometers from Varanasi. Also, the 23rd
Tirthankar of the Jains – Parshavnath was born on the holy land of Varanasi. This makes Varanasi a place of holy importance not only for Hindus but also for Buddhists and Jains. Being a place of religious importance there are various places of pilgrimage which are famous and are visited by devotees round the year. For easier commuting process, the best way to travel within Varanasi is by booking a cab service in Varanasi with Chiku Cab. In this article, let’s have a look at the various sites you should visit in and around Varanasi while you are on your pilgrimage tour here.

Top Places to Visit in Varanasi

Out of 12, one of the most famous Jyotirlingas in honor of Lord Shiva, the Kashi Vishwanath Temple at Varanasi is located at the western banks of the river Ganga. Just for information’s sake, it is calculated that approximately 800 kgs of pure gold is used to plate the upper part of this temple. The head deity of this temple is Vishwanatha which is an avatar taken by Lord Shiva meaning the ruler of the Universe. Kashi Vishwanath Temple also holds the idols of other Gods like Kaalbhairav, Ganpati, Vishnu, and Gauri. This temple is of prime importance to the Hindus and its mention has been seen in many of the holy scriptures of Hinduism. Sitting right in the heart of the city, one can reach this temple with a ride of 20 minutes with taxi service in Varanasi by Chiku Cab. 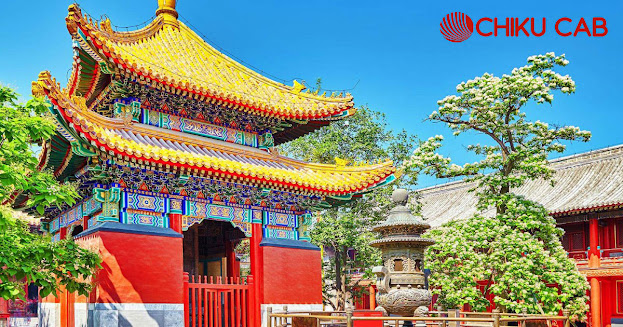 One can book an outstation taxi in Varanasi with Chiku Cab and reach the beautiful Tibetan Temple at Sarnath which is just a 10-kilometer ride from the main city of Varanasi. It is believed that after attaining enlightenment, Lord Buddha taught his disciples the four noble truth of life in the first sermon. There are various Buddhist paintings and prayer wheels inside the temple which beautify the temple even more. There is also a statue dedicated to Shakyamuni inside the temple. The Tibetan Temple is a place where there are calm yet positive strong vibes which can be felt by anyone visiting here. 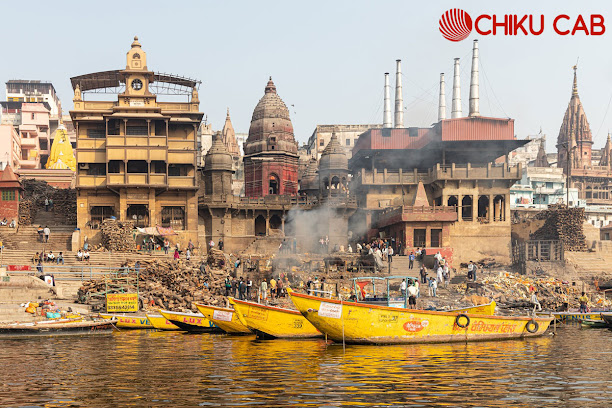 Manikarnika Ghat, often called as the gateway to Salvation and Nirvana, is one of those places mentioned in the Hindu Scriptures, where a Hindu should spend the last few days of his life. It is also believed, that if the cremation rituals of a Hindu are performed at this front of the river Ganga, the soul of the human cremated is sure to transcend to heaven by breaking the infinite loop of the cycle of birth and rebirth. 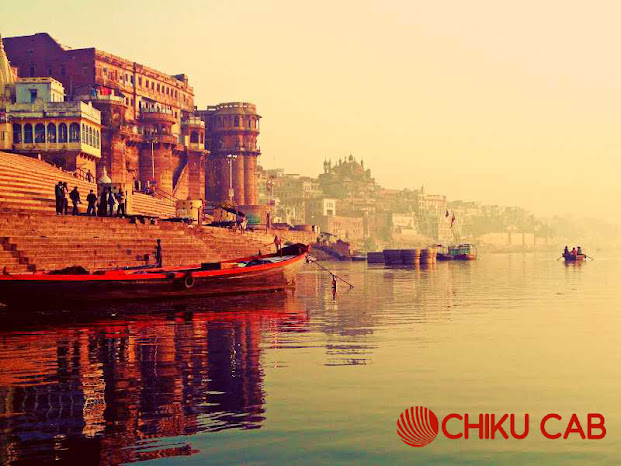 The exact location of the Assi Ghat is where the two major rivers of Varanasi, namely river Assi and river Ganga blend with each other. On this riverfront, there is a huge lingam of Lord Shiva installed under a peepal tree which is of high religious importance. This lingam is so old that it has mentioned even in the scriptures and other texts of Hinduism. Assi Ghat is also a spot of paradise for photographers, where the sunrise and sunset are believed to be seen at their best. The morning ritual Aarti at Assi Ghat is the essence of this place and can make you feel all the vibes and positive auras of Varanasi at a single place. Being closely located to the Banaras Hindu University, the Assi Ghat is a place flocked by students in the evening to spend some moments. As tourist you can even enjoy a boat ride from Assi Ghat to Dashaswamedh Ghat and back. 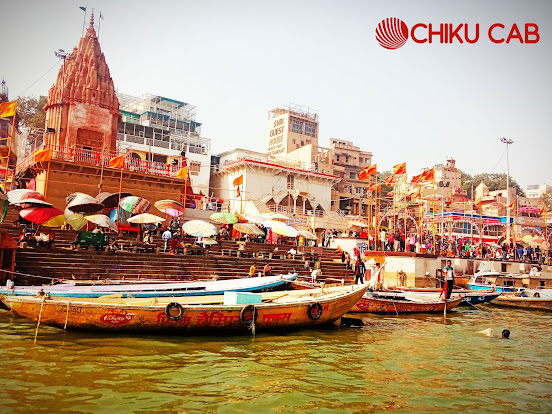 True to its name, it is believed that the Dasha Ashwamedh sacrifice was performed at this riverfront by Lord Bramha. As of today, it is a place where a lot of religious rituals are performed thus giving it prime importance in terms of Hinduism. This Ghat is the most beautiful place to visit during the Indian festival of Dev Diwali. Another exciting moment at this Ghat is the evening Ganga Aarti. To describe this ritual in words is simply not possible because of its vibrance which can only be experienced but not written about. When in Varanasi, one should take part in this ritual at least once. 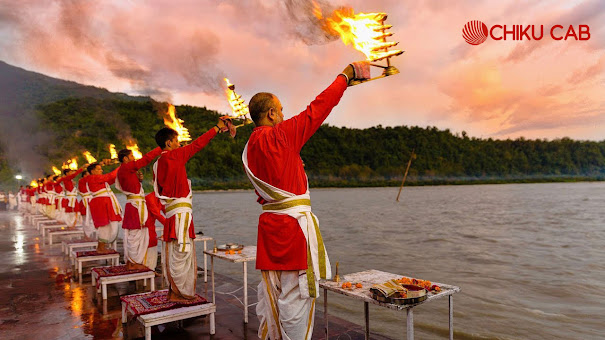 Ganga Aarti is a twice a day performed religious rituals to honor Goddess Ganga. It is performed at a fixed time in the morning as well as in the evening. Performed at the Dashashwamedh Ghat, during the whole time of this ritual the whole ghat is illuminated with oil wick lamps which just adds charm to the scenic beauty. Huge and heavy brass lamps are used by the priests to perform this aarti while reciting a number of Hindu shlokas and other mantras which bring in positive effects and vibes that are strobly felt in the entire Ghat 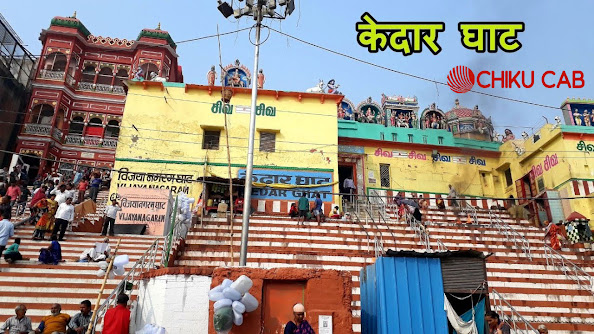 Kedar Ghat is considered to be the cleanest riverfront in Varanasi to take a holy dip or bath in the river Ganga. Devotees offer their prayers and seek blessings from Lord Shiva by visiting the Kedarnath Temple in Kedar Ghat. It is said to be one of the oldest Ghats prevailing in Varanasi. To experience the spiritual and religious vibes at Kedar Ghat is a real heavenly experience. 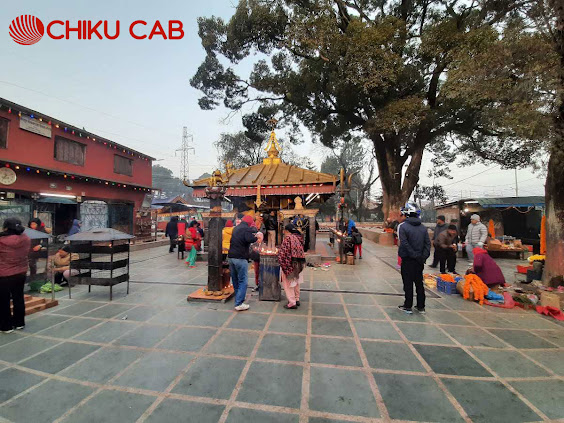 Renowned as temple of worship for the sage sect of Aghoris and Tantriks, the Batuk Bhairav ​​Temple is believed to rank high in the list of religious importance places for the Hindus. The main deity in this temple is of Lord Batuk Bhairav, one of the avatars of Lord Shiva. Right in the middle of the temple lies the Akhand Deep which is said to be in the state of burning for ages together. The oil from the Akhanda Deep is said to have magical healing powers. 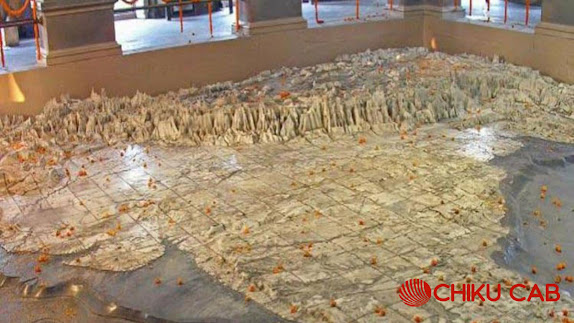 One of its kind, the Bharat Mata Mandir is a temple dedicated to our motherland – India. It was constructed by the freedom fighter Babu Shiv Prasad Gupta and inaugurated in the year 1936 by the father of the nation, Mahatma Gandhi himself. There is not a single God / Goddess deity present in this temple, but just a map of India carved in white marble. The Bharat Mata Mandir is the only temple in the entire world to be dedicated to a country. 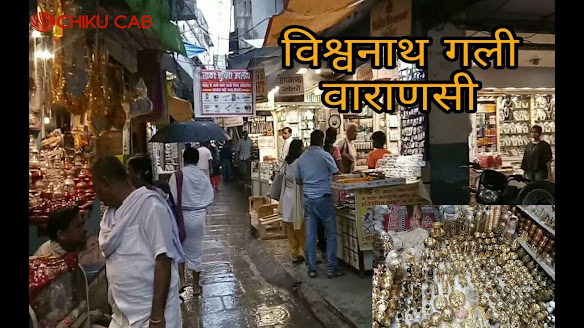 The most famous street shopping lane of Varanasi is the Vishwanath Galli. In this lane one can shop for almost everything, right from apparels, shoes, home décor items, household items, idols of Gods and Goddesses in brass and a lot more. When at Vishwanath Galli, do give the street food and snacks a try. They are delicious and you will crave for more and more. There are also a lot of sweet shops which sell the Varanasi prasad here.

Along with the above-mentioned places, there is a lot more to see in Varanasi like the ISCKON Temple, Banaras Hindu University, Nepali Temple, Alamgur Mosque, Ramnagar Fort, Chinese Temple, St. Mary’s Church, and a lot more to list. Varanasi is the perfect place where India resides showing the motive of Unity in Diversity. The best way to commute is by booking a cab service in Varanasi with Chiku Cab. The rides with Chiku Cab are extremely comfortable as well as affordable. Enjoy touring Varanasi and go back to your city with a cleaner and pure heart.