On Monday, SpaceX founder Elon Musk acquired Twitter for approximately $44 billion with shares valued at $54.20. Since the acquisition, Musk has made a lot of comments around what he intends to do with the social platform. And yes, in typical ‘meme lord’ style Musk continues to post memes, comments and replies on Twitter. In fact, since he acquired the platform, it has been hard to keep up with the Tesla owner’s flurry of tweets and responses. Here’s a look at everything that has happened since Musk bought Twitter.

The Tesla CEO has been a proponent of ‘free speech’ on the platform. In a filing to the US SEC, Musk wrote, “I invested in Twitter as I believe in its potential to be the platform for free speech around the globe, and I free speech is a societal imperative for a functioning democracy,” adding that “Twitter has extraordinary potential. I will unlock it.”

“Free speech is the bedrock of a functioning democracy, and Twitter is the digital town square where matters vital to the future of humanity are debated. I also want to make Twitter better than ever by enhancing the product with new features, making the open source algorithms to increase trust, defeating the spambots, and authenticating all humans. Twitter has tremendous potential – I look forward to working with the company and the community of users to unlock it,” Musk said in a press statement posted to his Twitter account.

Twitter CEO Parag Agarwal believes that the The future of the social media platform is uncertain after the deal to be taken private under Musk closes. “Once the deal closes, we don’t know which direction the platform will go,” Agrawal said. Twitter told its employees that after Musk takes over Twitter, he will join the company for a quick Q&A session.

Former Twitter CEO Jack Dorsey was quick to respond. He congratulated Musk for taking over the microblogging platform. In a series of tweets posted, Dorsey said he approved of Musk’s deal and said that ‘taking it back from Wall Street’ was the correct first step.

“In principle, I don’t believe anyone should own or run Twitter. It wants to be a public good at a protocol level, not a company. Solving the problem of it being a company, however, Elon is the singular solution I trust. I trust his mission to extend the light of consciousness,” Dorsey tweeted.

According to Bloomberg, Musk intends to take the company private— currently, the company is a publicly listed one.

Twitter employees seek answers from the company, in terms of the company’s future. A Bloomberg report said that the employees had little interaction with the management about what this development meant for them. The employees even tweeted their CEO Parag Agrawal, and Musk about what impact this deal has on them. Some even went to Charles Schwab, the financial firm that manages their stock options, for clarity about the impact a sale of the company would have on them.

A day after Musk tweeted his stance on free speech, speculations rose that Musk will allow hatred, in the name of free speech on Twitter. The tech CEO clarified that he is against any kind of censorship that goes far beyond the law.

The SpaceX owner said in his view free speech simply means that which matches the law. “The extreme antibody reaction from those who fear free speech says it all. By “free speech”, I simply mean that which matches the law. I am against censorship that goes far beyond the law. If people want less free speech, they will ask the government to pass laws to that effect. Therefore, going beyond the law is contrary to the will of the people,” he wrote on his Twitter feed.

Tesla’s stock fell by 12 per cent after Musk bought Twitter with$126 billion worth of market value being wiped off. Investors are concerned that Musk could sell his shares to complete his $44 billion takeover, which resulted in a loss of trust, following which Tesla’s shares plunged. Notably, Tesla’s market capitalization is now down more than $275 billion since April 4, when Musk disclosed that he increased his Twitter stake, a drop of roughly 23 per cent.

The dollar value of Musk’s 17 per cent stake in Tesla has shrunk by more than $40 billion, almost double the equity portion he pledged in the Twitter transaction.

Meanwhile, if Musk terminates his deal, he will have to pay Twitter Inc a fee of $1 billion. One of the conditions for Musk’s payment is if the deal falls through because the equity, debt and or margin loan financing needed is not funded, the filing said.

In the filing, Twitter declared that Musk took $25.5 billion of debt and margin loan financing and is providing a $21 billion equity commitment.

Jack Sweeney, the teenager who is famous for creating a bot that tracks Musk’s jet movement, suspects that his account would be shut down after Musk bought Twitter. “Elon at the recent ted talk said that his top priority would be to eliminate the spam and scam bots and their armies that are on Twitter, would he include my bot and others that are of actual use or just spambots?” he wrote on Twitter.

This comes as Musk repeatedly declared that he intends to take on bot accounts. It was also reported in the past that he was not too happy in the past about the location of his private jet being shared.

A day after Musk acquired Twitter, he criticizing a decision made by Twitter legal head Vijaya Gadde to block a New York Post story about Hunter Biden in 2020. He called the move “incredibly inappropriate.” While Musk, didn’t tag Gadde by name, however, his post was in response to an article in which she was mentioned prominently.

Following which, Gadde was hit with online abuse from Twitter users. Some even called out racist slurs referring to her Indian heritage, including words like “curry,” and references to India’s caste system.

While others used derogatory language and blamed her for having “destroyed countless @Twitter accounts for speaking the truth.” Some called for her to be fired or suggested she should leave on her own. Meanwhile, some of the abusive tweets were later removed for violating Twitter rules. On the next day, Musk again posted an additional tweet meme depicting Twitter’s “left-wing bias.” The meme posed featured Gadde’s face and drew a rebuke from former Twitter Chief Executive Officer Dick Costolo. 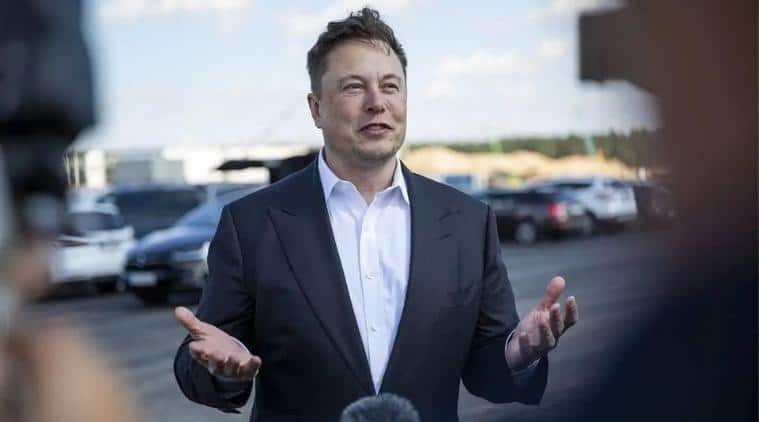 Costolo took to Twitter and asked why Musk was “making an executive at the company you just bought the target of harassment and threats.”

The tech billionaire has now teased his followers about buying Coco-Cola. He even added that he will buy the cold drink major to ‘put the cocaine back in’. Musk also shared a screenshot of a previous tweet where he said he is “going to buy McDonald’s and fix all the ice cream machines”. He jokingly responded to himself “Listen I can’t do miracles ok”.

Even if Musk was serious about Coco-Cola acquisitions, it will remain a dream for Musk. As per Bloomberg’s report, Musk’s fortune currently stands at $253 billion, while the beverage supergiant is away over with a market cap of $284 billion.