Inspired by old miniature paintings and murals, Rimple and Harpreet Narula’s creations are a representation of what Indian heritage can offer to fashion. Going by the stately nature of their elaborate ensembles, it comes as no surprise why they have become the go-to designers for Sanjay Leela Bhansali. They’re the brains behind the opulence of Rani Padmavati (Deepika Padukone), Alauddin Khilji (Ranveer Singh), and Maharawal Ratan’s Singh (Shahid Kapoor) costumes in Padmaavat. Having to dress two different eras in Housefull 4 further challenged them to dress Kriti Sanon, Pooja Hegde, and Kriti Kharbanda in heavily embroidered lehengas, when the film went back in time. Recently, they received praise for dressing Tabu’s twin avatars in Bhool Bhulaiyaa 2. In an engaging interview, the designer duo discuss their journey and decode the process they follow to create their unique ensembles.

From Designing Couture To Designing Costumes For Blockbuster Films, You’ve Tasted Success In Every Sphere…

Rimple: We are thoroughly enjoying our journey in the realm of Bollywood costume design. Working with and interacting with some of the most creative individuals of our generation has been an enriching experience. To be able to make costumes that help push forward the movie’s narrative and bring to life the director’s vision, to be a part of the movie’s success in our own way, is a fulfilling feeling.

How Would You Differentiate Between The Two Genres When Designing For A Period Drama Like Padmaavat And Then Doing A Horror-comedy Like Bhool Bhulaiyaa 2?

Harpreet: With Padmaavat, we were designing costumes for four historical figures. We were dealing with characters from four different provinces: Padmavati, who was a Sinhalese princess turned Rajput queen; Ratan Singh, who was a Rajput king, Khilji, who had Mongol/Afghan lineage; and Mehrunissa, who was a tribal Ottoman princess. Hence, we had to do intensive research to get the costumes right. We made regular trips to the Jaipur and Calico museums, and read documented travellers’ accounts from the 15th to 17th centuries. I’ve also read various books on that era. The fabrics and the color palette we used were earthy and organic, mixed with luxe kitsch elements. Given the varied origins of these characters, we got an opportunity to work with an eclectic set of references: Mughal and pre-Mughal costumes; tribal attire from Kazakhstan and Turkey; and warrior costumes from the various princely Rajput states. To get the nuances of the drapes right, we have studied sculptures and murals at various forts and havelis spread across Rajasthan. The costumes of Padmaavat Allowed us to mix various crafts and techniques as well as explore textile crafts that are on the verge of extinction. For Bhool Bhulaiyaa 2, we were dealing with a more contemporary period as well as the double role portrayed by Tabu. It was a classic story of the good sister and her evil twin, which is also reflected in the costumes we designed. For Anjulika (the good sister), it was delicate chiffon and georgette sarees in a soft pastel color story, while for Manjulika (the evil sister), we used heavier fabrics and a dark, gloomy color palette centerd around black. The surface ornamentation also reflects that.

Harpreet: For Alia’s appearance at Berlinale this year, we wanted to create an outfit that would bring together the certain sense of joie de vivre that Alia is associated with, as well as nuances of her character’s style on the red carpet. The ensemble had to be reminiscent of the iconic Gangbai portrayed by Alia and at the same time reflecting our brand’s aesthetic philosophy and love for vintage. Once all the details of the ensemble were finalised, we started on the look and feel, embroideries, etc. We wanted the overall effect to be sublime and ethereal, so we decided to reference some Edwardian and French lace shawls that are part of our archives. Over the course of two weeks, the saree was handcrafted at our atelier using various embroidery techniques. 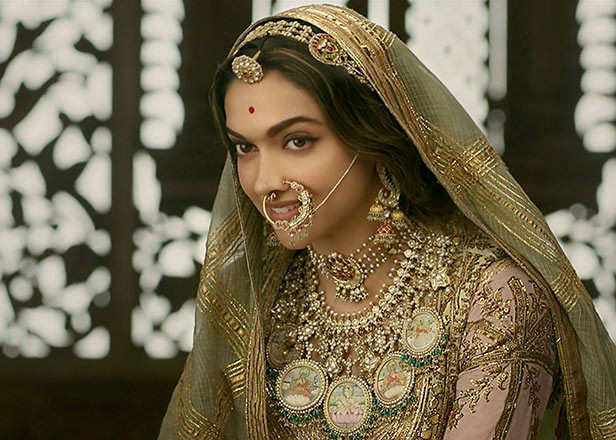 How Do You See Your Signature Look Blending Into Bollywood Fashion Now That You’ve Designed For Films?

Rimple: We’ve never considered ourselves to be fashion designers and have always thought of ourselves more as fashion revivalists. Our take on the process of design is intuitive, with various elements from our travels and the intense love we have for vintage textiles coming together. We have never referred to any forecasts, nor tried to follow market trends, or even, for that matter, tried to create fashion trends. Some aspects of our collections have perhaps emerged as market trends but that was completely unintentional. Our approach to colors and motifs has always been maximalist. At times, one tends to become obsessed with a certain technique or a type of motif, and the repeated use of the same gets ingrained in our viewer’s perception of our aesthetic. We have a personal archive of around 5000 vintage textiles, print fragments, and costumes. Evolving as a designer is all about juxtaposing various layers of your life over your craft. Sometimes it is all about research and technique exploration, sometimes it is about interaction with artisans, and sometimes it is more instinctive and spontaneous. At times, the designs we create for our label also have the look and feel of cinema costumes. The same applies to the work we do for our movie projects as well.

Are There Any Recent Bollywood Fashion Trends That You See Yourself Implementing In Your Signature Style?

Harpreet: Bollywood sartorial trends have always been a reference point for us as designers. Be it the earthy ruralness of films like Do Bigha Zamin and Mother India, the robust grandness of Mughal-e-Azam or Pakeezah and Umrao Jaan, or hardcore commercial films like Sholay, Mera Gaon Mera Desh, and Mr. Natwarlal…all these films give us as designers a lot to take away from and enrich our sensibilities. Not just Bollywood, we look at international cinema as well when it comes to perceiving how the costumes help the narrative move forward. Films by Merchant-Ivory, Darren Aronofsky, and Baz Luhrmann have always inspired us due to the detailing and incorporation of the costumes. The work of Bhanu Athiya has always been a source of great personal inspiration for us. Her costumes made the characters, and vice versa. And if we can create costumes along those lines, which might be referred to as iconic years later, that is something we strive for. As designers, we are always trying to tell a story through our creations, and working on films allows us to do that on a larger-than-life scale. 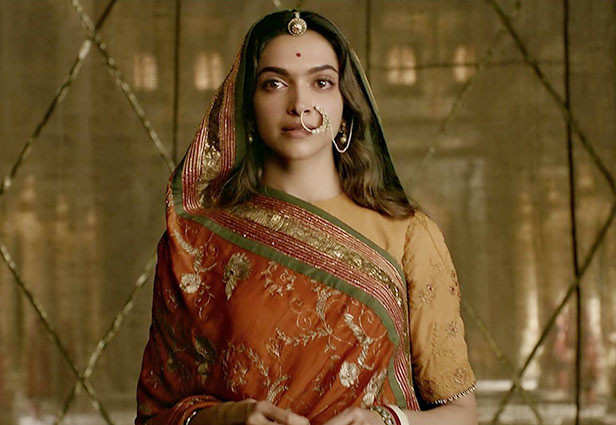 Who Is Your Favorite Among The Various Celebrities For Whom You’ve Designed?

Harpreet: Both Deepika Padukone and Aditi Rao Hydari were an absolute delight to work with on Padmaavat. They are consummate professionals as well as method actors. They got under the skin of their respective roles of two different queens and they brought our costumes to life. There were times on the set when we were not able to distinguish between the actor and the character. And that was something truly magical to behold, as we felt we were seeing history being played out in front of our eyes. 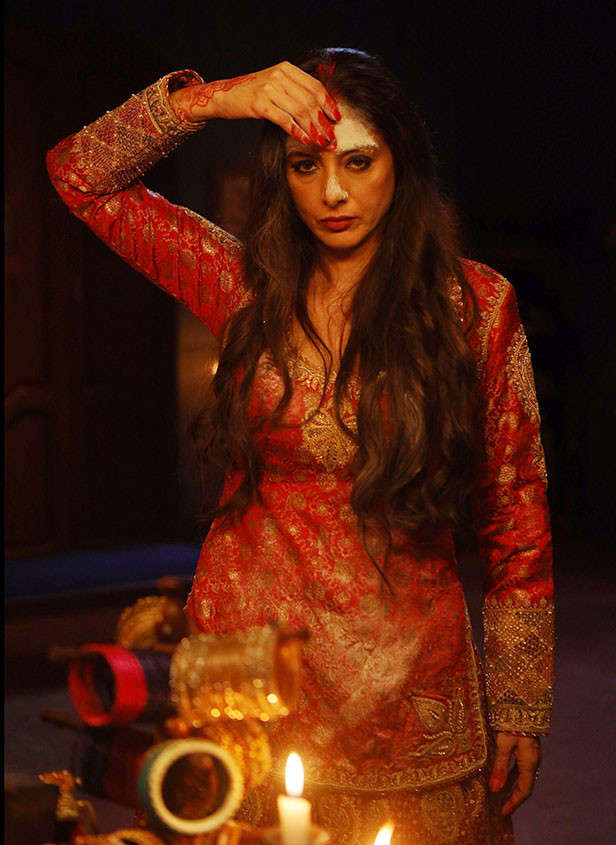 How Important Would You Say It Is For Designers To Have Their Vision In Sync With The Director’s Vision?

Rimple: When we start working on pre-production for a project like Padmaavat, where the director, Mr. Bhansali, is a renowned master of his craft who looks into every single aspect of his films, there are bound to be many iterations of the same look to be created. A lot of research and improvisation are a part and parcel of the entire process, which is equally enriching as well as intensive for us as designers. Mr. Bhansali is a true auteur and visionary extraordinaire. He has immense knowledge of not just films but historical costumes as well, and every day spent working with him has been a learning experience for us. At times, costumes speak more than dialogues, and to get that right is the most challenging aspect. And that’s what we strive for with each look that we create. 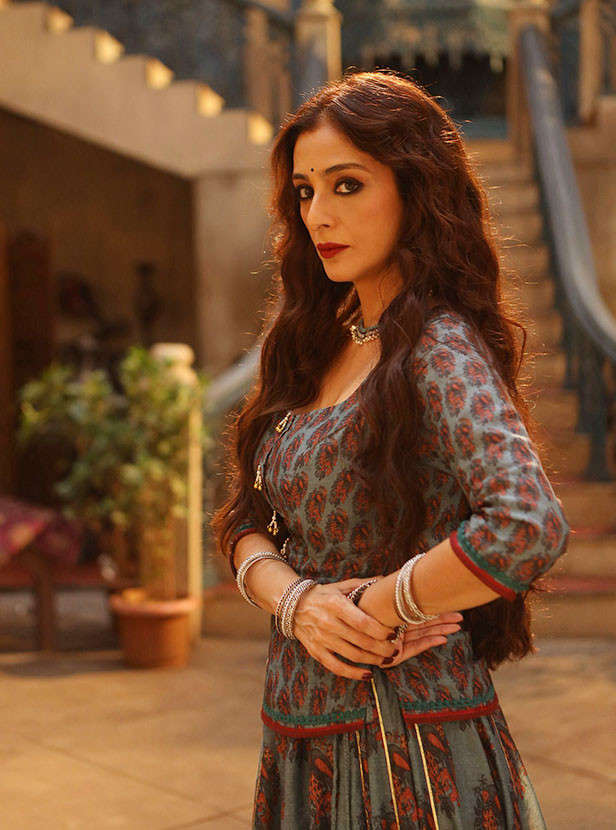 After Working In Horror And Period Dramas, Which Is The Next Genre Of Film You Would Like To Explore?

Harpreet: We made our foray into Bollywood costume design under the guidance of Mr. Bhansali. He perhaps saw our inherent love for the vintage and royalty-inspired costumes in our couture collections and selected us based on that. Our next two projects, Housefull 4 and Bhool Bhulaiyaa 2, have been in a more comedy-centric zone. While working on Housefull 4, we had Sajid Khan guiding us on the demands of the costumes, which were split between a historic and contemporary zone. Sajid is a true film buff, and he offered us a plethora of references to work with. That helped create very individualistic looks for the six lead characters. The work on such period-centric projects is always gratifying yet intensive, so we look forward to a more light-hearted project such as a romcom film to work on soon.