Taking a leaf from Delhi government’s book, the Punjab education department has organized a one-day training workshop for English teachers from government schools in association with experts from the Regional English Language Office (RELO). The development comes nearly two months after the Bhagwant Mann-led Aam Aadmi Party government in Punjab had signed a Knowledge Sharing Agreement (KSA) with the Delhi government. The Indian Express explains the American link in training of English teachers and what the Punjab government plans to do next.

RELO is a wing of the US Embassy in India that was established in 2005 as a part of its Public Diplomacy Section. The project aims to strengthen India-US ties by supporting English learning.

Headquartered at the US Embassy office in New Delhi, RELO’s mission is to “support the effective teaching and learning of English in Afghanistan, Bhutan and India, while enhancing mutual understanding between the US and these countries”.

RELO cooperates with state government and educational institutions to support them in teacher training, curriculum development and other English language training projects.

“RELO supports English language training because it strengthens connections between the United States and India, expands access to local and global employment, particularly for youth, and enables access to academic and professional exchange opportunities in the United States,” says its website.

In India, RELO is headed by Ruth Goode, who is responsible for designing, managing and advising on English learning programs for India, Afghanistan and Bhutan. Behind Punjab’s association with RELO

Two days back on June 9, the Punjab education department conducted its first workshop at PAU Ludhiana in which the experts from RELO headed by Goode, interacted with at least 320 English and social studies teachers from government schools.

The Punjab education department officials said that they came in touch with experts from RELO after an introductory meeting was organized by Delhi education minister Manish Siosdia, which set the ball rolling and it was explored that how the US Embassy wing which has already been working to train English teachers in Delhi, can also help in improving the language learning pedagogy in Punjab.

“The purpose of the Knowledge Sharing Agreement (KSA) that we signed with the Delhi government was to extract the best of their practices and implement them in Punjab to improve the health and education systems. Delhi education minister Manish Sisodia had arranged our first meeting with RELO a few days back. We also interacted with teachers who underwent this training in Delhi and what impressed us was their confidence levels while interacting, teaching etc. We then requested RELO if they could also work for Punjab. The preliminary workshop was organized to know the basic problems being faced by teachers, students etc,” Punjab education minister Gurmeet Singh Meet Hayer told The Indian Express. 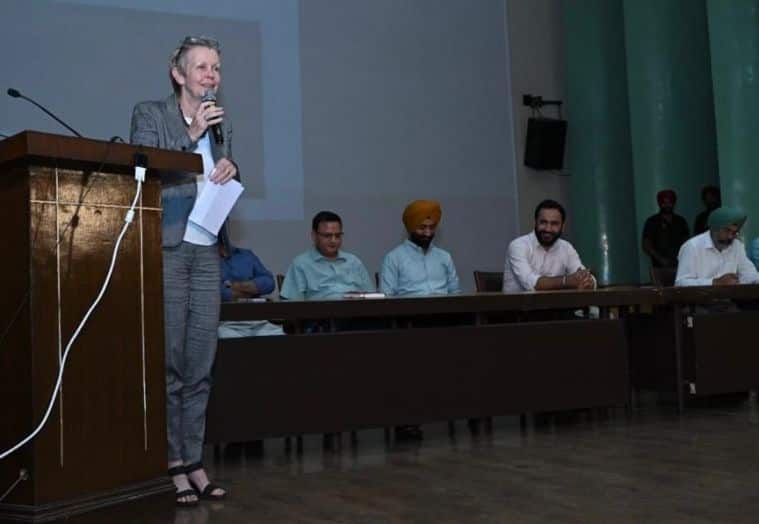 Since 2017, the US Embassy has been working with the Delhi government for training and capacity building of English teachers. A pool of ‘mentor teachers’ has been created who further continue to train and coach government teachers in Delhi.

TESOL stands for ‘Teaching English to Speakers of Other Languages’. More than 800 teachers from Delhi have undergone training by the RELO for improving their English language teaching skills and bringing creativity into the classrooms. The trained teachers further train their colleagues who interact with students in classrooms.

The Delhi government had also launched an online professional development program for English teachers in government schools in partnership with RELO. The 8-week program — ‘Professional Development for English Teachers’ (PDET) — exposed middle and secondary grade teachers to the best teaching practices for English language to improve their instructional skills. 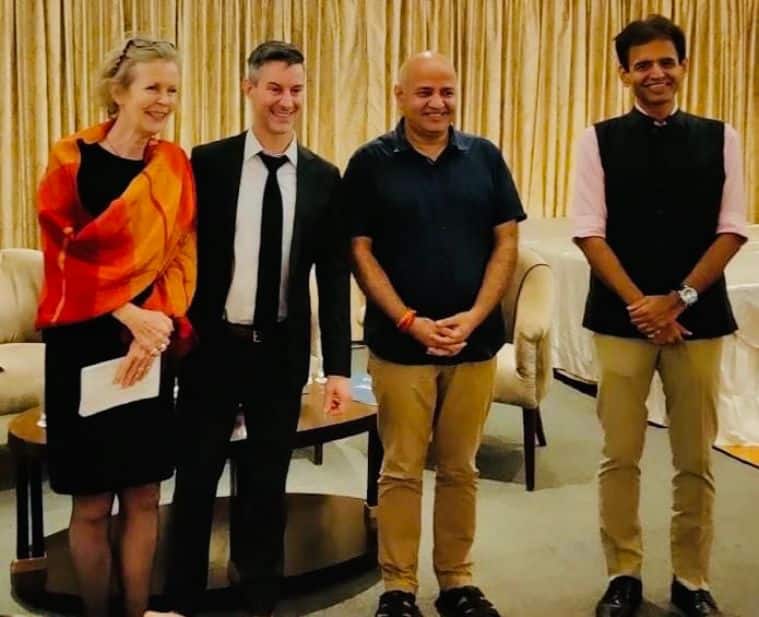 What next for Punjab

A senior education department official said RELO experts would now be a ‘teacher need analysis survey for government teachers in Punjab to assess what kind of programs would best suit them.

“The one-day workshop was a basic interaction. We are looking forward to a long-term collaboration with the US Embassy to train teachers in Punjab like Delhi did,” said the official.

Education minister Hayer said that a formal Memorandum of Understanding (MoU) is on cards with the US Embassy for training of teachers in Punjab. “For every basic thing in today’s world, you need English. From a job to moving abroad, our students need English at every step. After seeing the results in Delhi, we are planning to sign an MoU with RELO for a long-term training of teachers in English teaching,” he said. Hayer said that during his recent visits to government schools, he was “shocked” to see that students could not even read basic Punjabi textbooks. “Leave English, they cannot even read basic Punjabi textbooks. Most of them told me that they never attended online classes during Covid due to lack of smartphones. We have to make them proficient in both English and Punjabi,” he said.

In Punjab, why focus on English?

The language has always been a stumbling block for not just the students, but also teachers, in Punjab, especially in the rural areas. Of all subjects, maximum students fail in English in Class X and XII board exams. It was only in 1999 that English was made a compulsory subject in Punjab government schools from Class I. Earlier, it started from Class VI. Even then there was no separate cadre to hire English teachers with specialized qualifications. For decades, social studies teachers continued to teach English in Punjab schools.

Shockingly, Punjab never treated English as a specialized subject and social sciences teachers were given the job to teach English since the beginning, a disastrous practice schools which is continuing till date in some. It was only in 2007 that some 1,000 posts to recruit English teachers for master cadre (Classes Vi to X) were advertised and hiring started for the subject.

Some teachers had also moved court saying that they were being forced to teach English even as they were not qualified for it. The government had started regular hiring of English teachers only over the last few years.

In Punjab, English is difficult not just for the students but also for some teachers. The same came to light when former education minister Dr Daljit Singh Cheema took a ‘class’ of English teachers when more than 80,000 students had flunked in English in the Class X boards of 2015.

The English teachers failed to spell basic words and wrote vacant, should, lake and eight as “vacent, shuld, laek and eaght”, respectively.

The teachers also failed to construct basic sentences when asked to write a paragraph explaining why their results were poor. One of the teachers wrote, “It class was very weak class from 6 by chance.” (What teacher meant was that not he, but students were weak).

Except one, none among more than 200 teachers were able to speak in English. Writing ‘syllabus’ as ‘sylabbus’, teachers made as many as fifteen spelling mistakes in one sentence.

An English teacher wrote, “I think the level of questin paper in the subjects of English is quite difficult. The questins in the grammer were not as important. Sylabbus of English in 10th class is wide.” (sic)

Even in the recent National Achievement Survey (NAS) 2021 report, in which Punjab ranked first in all subjects for Classes III, V and VIII, it stood at number 3 in English for Class X after Chandigarh and Goa.

Is it for the first time that Punjab teachers will undergo such a training?

No, earlier the SAD-BJP government had signed an agreement with the British Council India to train teachers in English teaching. Under the Punjab English Language Teaching Initiative Secondary (PELTI – S) program which was designed and executed by the British Council from 2013 to 2016, a group of 186 teachers were trained as ‘Mentor Trainers’ to further train government teachers in English teaching. It was targeted at the teachers of grades IX and X to improve the board results.