Like many chasing their dream of a good life, a young man from Ahmednagar, just outside Pune, came to the US to pursue a degree in MBA. He was as hungry for the American dream as he was for his bhelpuri. Of course, Meherwan Irani didn’t know back then that the humble puffed rice chaat would make that dream come true. As his Chai Pani restaurant in Asheville, North Carolina, was declared America’s “Outstanding Restaurant” in the 2022 James Beard Awards last week, nobody knows that life had tossed him about just as vigorously as the masala in his bhel.

“I was in the automotive industry, selling luxury cars. But following the economic meltdown of 2009, the good life just dissipated. I was 39 and had to move from San Francisco to Asheville. But even during the lows, I never gave up on my love for bhel. Thanks to my wife Molly, I took a leap of faith, getting into the business of selling Indian food to a 99 per cent White population and just three Indian families back then,” says Irani, who arrived in the US at the age of 19 .

Of course, Irani understood multiculturalism, courtesy his family — his mother was a north Indian Hindu who married a Parsi. And he understood the way the West looked at Indian flavors thanks to the family’s brief spell in London. “My mother is an excellent cook and while we were growing up, she always kept our food light and bright, with all the colors of the season’s greens. In London, she incorporated certain elements of Western cuisine, blending just enough so that you could appreciate the best of both cultures. Back in India, she learned to make the most lip-smacking bhelpuri For me, just to keep me from falling sick or running to the street vendor, which was a runaway thrill during my school years. She did something with the tamarind sauce and elevated the dish, making it even more delicious and tangy. That’s the flavor which made me and now stands me in good stead,” says the 52-year-old.

Deliciousness as opposed to hotness was Irani’s winning formula as he debuted as a chef with Chai Pani. The name came easy as it resonates across India to define a mid-work break and some shared bonhomie over tea. “I intuitively knew what would work. Much of Indian cuisine is really a collection of standout regional recipes. Yet street food, and particularly the chaat, is about including various Indian flavors in a zesty mix. It is complex in its layering and is at once democratic, inclusive and affordable. I was confident what had worked with a billion people would work anywhere,” says Irani, who became a US citizen in 2018. Of course, he had the two women in his life for his venture. Irani’s mother moved to the US for three months in 2009, coached a diverse but novice American staff, added fresh flavors, herbs and combinations, while he drew on some elements from Irani cafés.

Amrit Irani, his 71-year-old mother, had advised him that simple, home-style, comfort food gets repeat customers because it is an easy memory to keep. From her farmhouse in Ahmednagar, she says, “Meherwan would always hang around the kitchen when I cooked. He was quick to pick up tricks and tips and would roll out a menu for a friends’ night-out here. That’s how he understood the need for in-between food. But what has worked for him is his love for people, he can just draw them in.” In fact, Irani’s sense of community was anchored by his mother’s voluntary service at the nearby ashram. With her family home at Dehradun’s Haridwar Road, Amrit had perfected the art of vegetarian food long ago. So, it matters to Irani that her favorites at Chai Pani are its pakoras. The interior of the restaurant. (Photo: Sarah Hoski)

Meanwhile, Molly, who grew up in a family of foodpreneurs, had understood the clientele at Asheville, who was confined but open-minded. She felt that hyper-local Indian might just work in the “food-on-the go” culture of the US. She constantly told him that “risks could only be taken during challenging times” and he “had nothing to lose”. That’s why the Beard honor, considered to be as sacred as the Michelin, means much to Irani as it acknowledges both the maker and his institution the latter which confers the star on the restaurant rather than its chef.

Irani also watches his budgets and keeps his dishes affordable, mostly under $14. He has recreated the Bombay canteen style look at Chai Pani, part working class, part industrial, with Indian truck-art motifs and kitschy colour. Food is served in stainless steel thalis as a sustainability choice and salutes the tiffin-carrying, blue-collar work culture in India. Of course, he has calling some smart marketing skills too, his version of keema pao “Sloppy Jai”, a clever twist of the “Sloppy Joe” burger. Chai Pani’s bestsellers happen to be simple and no-nonsense – bhelpuri, sev dahi puri, corn bhelgreen mango chaatpotato chaat, aloo tikkikale pakoras and, of course, given the acceptability of crêpes in the US, the uttapam. The julienned okra fries, their signature dish, is tossed with salt and seasoning and served with a lime wedge, enough to draw in vegans and vegetarians.

“Munch into our pakoras, there’s a momentary sting of the spices and then there is an explosion of flavours. Their fullness surprises people. The crunch is unique because I whisk chickpea flour (besan) in warm water and let it rise naturally,” says Irani, who adds a lot of home-grown spices, Kashmiri ones too, to his food, rubbing them in deep. Then there’s the vada pao. “I always go back to my childhood to create the best version of it. That’s why every year I visit India and go back to my favorite haunts. For vada paoit’s MG Road in Pune, for samosasAhmednagar, it is still Ahmednagar, I wear by bhelpuris from Kalyani, and trust pani puris from Elco Market, Mumbai. There is no replacement for nostalgia. So, when my diners weep and say the dal reminded them of back home or when White Americans say that they cannot imagine their life’s milestone events without Chai Pani being a part of it, the 13 years seem worth it,” he says, beaming with pride.

Chai Pani now has more branches while it has opened a sister chain called Botiwala (across US), recreating the best of kebabs and Iranian café favorites like bun maska. But ever since his aromatic spices, which he sources from India, were listed by Oprah Winfrey in O, The Oprah Magazine, in her annual Favorite Things list, 2019, everybody wanted them. So, Irani’s Spicewalla boxes, an allied boutique brand, now retails Indian spices all across America and supplies to restaurants. 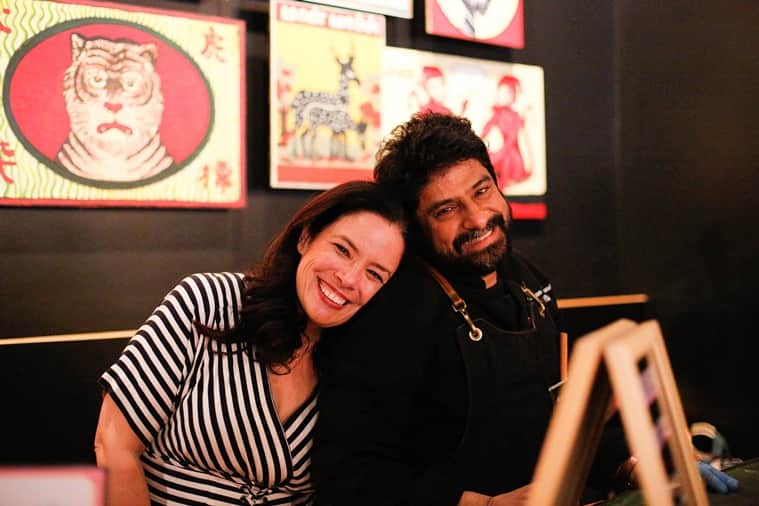 As America’s outstanding restaurant, what helped Chai Pani steam ahead is its engagement with the community. It has “Give Back” Fridays, where proceeds of the day’s sales are plowed back into community development initiatives. He has started an “Aunty Brigade”, where he asks stay-at-home Indian women to lend them in the kitchen, like his mother did at one time. Twice a year, Irani organizes an all-expenses paid trip to India for his team so that they learn not just about first-hand food but can volunteer for Dharavi Diary, an organization devoted to educating the girl child, covering the basics like English, science and mathematics.

“Yes, India is a country of extremes and paradoxes. Yes, there is poverty. But no Indian, no matter how distressed, feels sorry for himself and always tries to make a way in life. You will have street vendors lined up next to each other, selling the same thing. But each survives with that one little innovation or tweak with whatever resources they have and court their loyalists. There is virtue in jugaad. The flavors in Indian food have evolved from these people,” says Irani.