It appears that Salvador Ramos, the 18-year-old who gunned down 19 children in a small Texas town before police him, wished to avenge bullying he had received as a child. Human beings, however, have long agreed that exacting revenge on those whom you somehow connect to an earlier wrong done to you is unjustified and unlawful.

19 children and two teachers killed in the Texas mass shooting

Yet some in India seem to think that it is justifiable, and in fact meritorious, to destroy the lives, properties and places of worship of present day Indians who may be connected by their religion to a supposedly evil man who ruled in India centuries ago! In their eyes, the 1991 Act of India’s Parliament that bars the conversion of a place of worship of one faith into a place of worship of another faith, an Act underlined by the Supreme Court in 2019, is a law that should be rescinded. They want the right to convert places of worship.

Those demanding this right are Hindus. They belong to India’s vast majority. It’s a sickening sight when persons from a predominantly strong – strong in numbers, wealth and power – seek to humiliate people who are weaker and fewer, people like India’s Muslims and Christians. It’s no secret that this urge to humiliate is part of the supremacy drive witness today in nations like India and the US. It is a drive to eject the norm of equality which almost all of humanity embraced in the 20th century, while colonialism and racialism were being dismantled.

In countries like India and the US, supremacists see themselves as victims. On the 14th of this month, a young American named Payton Gendron drove three hours from his hometown to spray lethal bullets on unsuspecting African American shoppers in the city of Buffalo in New York state – the city that visitors to Niagara Falls go through. Apparently Gendron had been gripped by a website that spread the idea that the white race is going extinct. 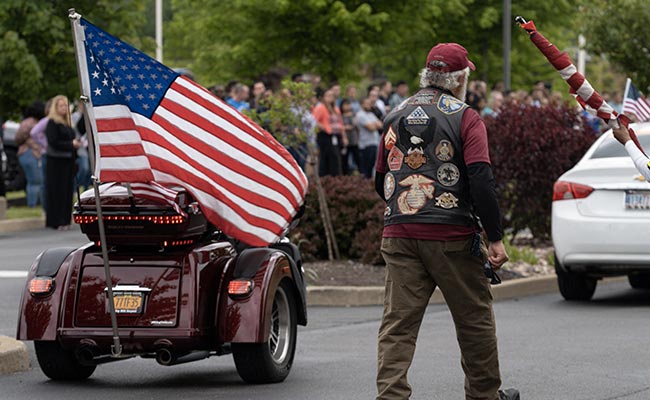 Interviewed by a Buffalo TV channel, Michael, a resident, said, “We have lots of racists in our community. Many of them do very nasty things to people. But to reach the level of white supremacist, you’re willing to take steps to change the demographics of your community, using violence.”

Heidi Jones, a Buffalo attorney and researcher, told the same channel: “Underneath it is really the genocidal thought that those folks shouldn’t exist and that only privileged white men should have power.”

According to the Los Angeles Times, Gendron, who posted an online manifesto championing white supremacy, had scrolled through extremist and neo-Nazi sites that peddled conspiracy theories and anti-Black racism. When he “tracked down a livestream of the 2019 killing of 51 people at two mosques in New Zealand, Gendron appeared to have found his calling: as a virulently racist, copycat mass shooter with a craving for notoriety.” The LA Times story went on to say that “the 18-year-old appears to represent a new generation of white supremacists. They are isolated and online, radicalized on internet memes and misinformation, apparently inspired by livestreams to find fame through bloodshed, much of it propelled by convoluted ideas that the white race is under threat from everything from interracial marriage to immigration.”

In Gendron’s imagination, America’s “liberals are trying to replace the current electorate with new, more obedient voters from the Third World”.

The Buffalo Massacre recalls the 2011 shooting rampage by the Norwegian gunman, Anders Behring Breivik, who killed 76 people, mostly teenagers, on an island near Norway’s capital city, Oslo. Like Gendron, Breivik had issued a manifesto, a huge one of 1,518 pages, where among other things he applauded India’s Hindu groups who “do not tolerate the current injustice and often riot and attack Muslims when things get out of control”. While Breivik seemed to want Europe and India to ally diplomatically and militarily against Islam, he also thought, like any standard white supremacist, that non-Muslims from the subcontinent “would be good candidates for a servf class who would live in separate ghettos and work 12 hours a day to clean, garden, carry out construction and drive taxis for their European masters”.

Like white supremacists in the US, India’s Hindu supremacists have convinced themselves that theirs is a dying race. They see their campaign to push Muslims and Christians into second-class status as a battle for Hindu survival. Some of them have openly asked for the killing of Muslims. Others demand the removal of any sight or sound of Islam, be it a hijab, an azaan, a Muslim-sounding name of a village or town, anything. “Those folks shouldn’t exist.” That’s the underlying sentiment. The Christian cross offends them too.

Supremacists have long been active in Muslim-majority lands, demanding, often successfully, that non-Muslims be rammed into subordinate status. In every case, however, attacks on non-Muslims have swiftly morphed into attacks on fellow Muslims on one ground or another. Lebanon, Syria, Iraq, Yemen, Somalia – the list is long.

That has also been the story of left-oriented extremism, and that is exactly where Hindu radicalism too will go. It’s the law of karma. There’s no escape from it.

Almost a hundred years ago, in July 1926, Gandhi wrote: “We cannot love one another if we hate Englishmen. We cannot love the Japanese and hate Englishmen. We must either let the law of love rule us through and through, or not at all. Love among ourselves based on hatred of others breaks down under the slightest pressure. (Collected Works 31: 142)

Love of Hindus based on hatred of Muslims and Christians will also break down. And it will break out in fierce and violent fights between Hindus over caste, sect, or personalities. We are seeing what white supremacy is doing to the US. We are seeing what “Russian glory” is doing to both Ukraine and Russia. India’s Hindus have every reason to be wary of Hindu supremacy.

(Rajmohan Gandhi is currently teaching at the University of Illinois at Urbana-Champaign.)