Roberto Colter is professor emeritus of microbiology at Harvard University. Speaking to Srijana Mitra Das at Times Evoke, he discusses why microbes are essential to life, their brilliance — and their beauty:


What is the core of your research?

I’ve researched the world of bacteria for 35 years before I retired. We began with a very molecular approach, studying how bacteria react upon experiencing different types of stresses. That took us to studying behaviors in assembly of microbes living on surfaces. Over the years, from a molecular approach, my interest grew to questions like how bacteria interact with algae in the oceans to generate a large part of Earth’s sulfur cycle, impact cloud formation, the climate, etc.

You have successfully cast your vote

THE WORLD WITHIN ONE DROP: In their book ‘Life At The Edge of Sight’, microbiologists Roberto Kolter and Scott Chimileski show microbial worlds existing inside like a drop of water as intricate universes which are multidimensional and incredibly beautiful. Photo Courtesy: R. Kolter & S. Chimileski

Why are microbes essential to Earth’s species?

Microbial activities are foundational for the functioning of our planet — without microbes, there is no chance that plants and animals, which includes us humans, would have ever evolved or been able to sustain life. The activities of microbes make the conditions of this planet propitious for life. Microbes are involved in each one of Earth’s large geochemical cycles — they are the producers of oxygen in the oceans. They generate much of the sulfur and nitrogen which living beings need. In plants, chloroplast, the remnants of a bacteria, conducts photosynthesis to produce energy and oxygen. Microbial activity in soil causes food to grow. Every major activity on Earth involves microbes.

Why do you say every human being is an ecosystem with microbes?

An ecosystem means any place where multiple species interact with each other. We think of ourselves as the human body but in fact, we are surrounded by a microbial cloud. Our skin is more than epidermal cells — these interact constantly with microbial organisms living on the surface. Inside us, our gut tract is loaded with thousands of bacterial species, without which we would not have good health. 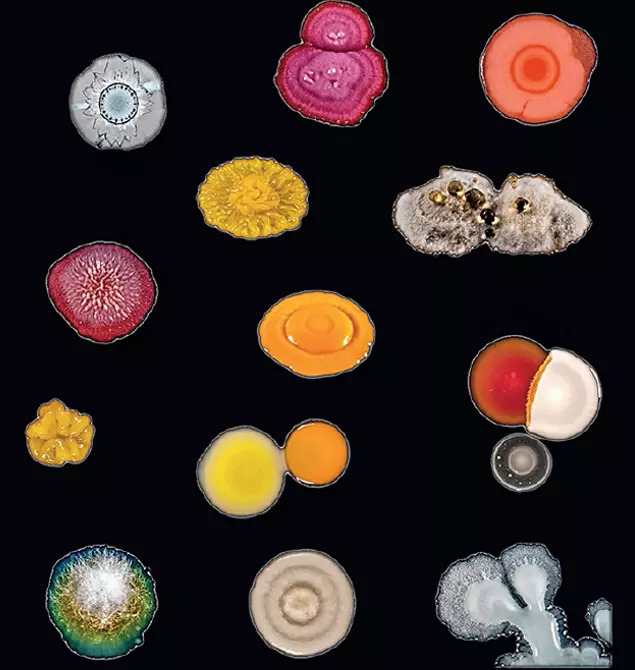 Most people think of microbes as bacteria which cause illnesses — how accurate is that?

That’s terribly inaccurate. There are millions of species of microbes on our planet, of which just a few can cause disease in humans. This is an extremely small minority. But there are innumerable diverse species which are very beneficial to us. Think of food — to make plant growth possible, you need a certain amount of nitrogen. But the nitrogen in the atmosphere can’t be used by plants for growth. That must be made accessible or fixed into ammonia, urea or some compound plants can use — only microbes can do that. Think of every plant we consume and then, the animals that eat plants — each one is dependent on microbial activity. Much of the food we consume is also processed by microbes — in cooking, microbes transform food, making it safer. That was recognised over 10,000 years ago when humans used microbes through fermentation, making sanitised beverages, creating bread, yogurt, cheese and so on.

‘Microbes are so resilient, they can help us adapt to climate change’

What’s been among your most surprising discoveries about microbes? WAIT AND WATCH: We often walk past microbe-rich communities, from ponds to puddles, trees to domestic surfaces. But it is here that many of the explanations of our own life and evolution are to be found. Photo Courtesy: R. Kolter & S. Chimileski

Yes. There is direct evidence that microbial life is changing already due to climate change. This is seen in the oceans and soil and through wildfires, generated by extreme weather events. We have also dangerously disturbed microbial life through the use of fertilisers over the last seven decades — microbial activities in soil worldwide have changed enormously as a result. Depleted soils won’t be able to stay productive in the long run — that will cause problems in food production. So, as communities worldwide struggle to deal with the challenges of climate change, they will also face greater soil erosion and decreased food production.

How can we help to preserve microbes?

One of the wonderful things about microbes is if, in general, you let an ecosystem be, they re-establish themselves in a really short time. We simply need to leave ecosystems alone. There is far too much anthropogenic interference — just being respectful of the planet is a key step. 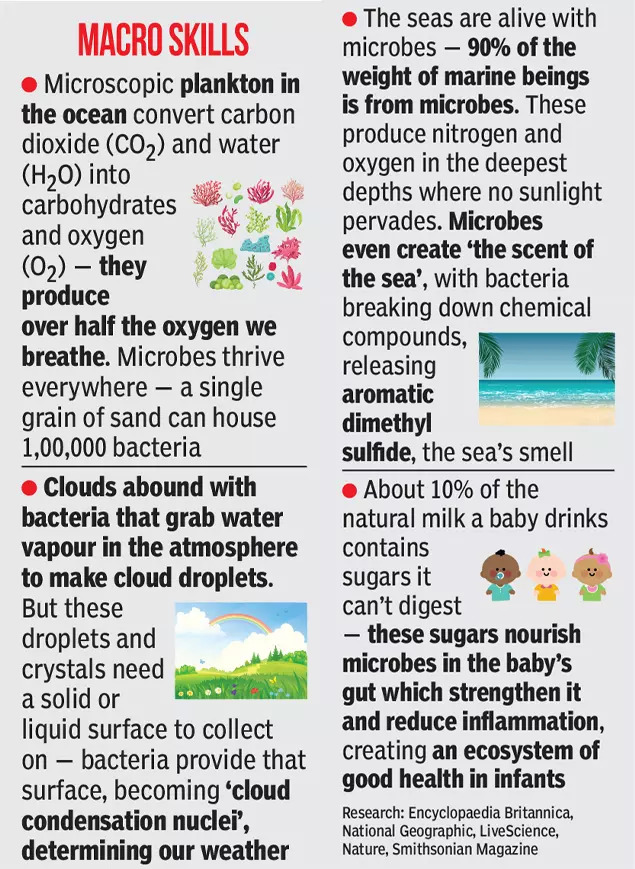 Why do you emphasizee microbial beauty?

When you show a person the beauty that abounds within the world of microbes, it sparks great curiosity in their mind. For example, just walk in a forest and observe lichen, dazzling conglomerates of microbes.

What is the significance of ‘geosmine’?

This is a wonderful molecule produced by bacteria and fungi in the soil which we humans like. Insects recognise this molecule and coat themselves with these organisms — this provides the microorganisms a way to transport themselves to greener pastures. These microorganisms make molecules we call antibiotics that balance ecosystems and keep pathogens away— humans possibly like geosmine, found literally in a handful of moist soil, because we recognise these molecules are so beneficial to our health. Geosmine itself is the smell of earth, ‘smine’ being smell and ‘geo’ earth.