As we head into the 62nd year of Maharashtra’s formation, I wish every Maharashtrian strength and perseverance. The story of our genesis and growth hold values ​​which are becoming increasingly important in these times. Today, in 2022, not for the first time, our state stands at a political crossroads, and I believe we should be inspired to reflect on the true spirit of Maharashtra – a Purogami Maharashtra.

In the past few months, I had the fortune to travel across the length and breadth of the State. From Aheri to Dahanu, from Akkalkuwa to Sawantwadi – more than 14,000 km covering 34 districts, 353 takulas and 250 assembly constituencies. I interacted with more than three lakh individuals, hearing stories of humanity, unity and inspiration to last me a lifetime.

While I had taken on this immense journey as part of my political duties, these travels have given me a unique perspective, coupled with the history of political and social development of the state. My learnings from this journey have been immense, focusing on the ideals and foundation on which Maharashtra has been built.

Our history has been that of social reformists, thinkers, intellectuals, and lies, tackling a vast number of issues over the years, and there is the essence of our spirit. Maharashtra is more than just a territorial entity; it embodies a set of progressive ideas. What we understand today as “Maharashtra Dharma” is not based on the whims of an individual scholar, saint, or any single intellectual. Many have contributed, layer by layer, over centuries.

The concept of a separate state for Marathi-speaking people had been established since Chhatrapati Shivaji Maharaj’s conception of Swaraj in the 17th century, but it was not until after independence in 1956 that the Samyukta Maharashtra Samiti was formed in Pune under the aegis of Keshavrao Jedhe . Many notableable, like Acharya Atre, Prabodhankar Thackeray, Senapati Bapat, and Shahir Amar Sheikh, have made significant contributions to the state we now call home. It was Yashwantrao Chavan who led us and our newly formed state into the bright future. Yashwantrao Chavan was an ingenious and intuitive leader who was more than a political leader; he was the voice of the people and a true statesman. With planning in agriculture, water resources, small-scale industry, and Panchayat Raj, he led our state to greatness. His beliefs and principles solidified modern Maharashtra’s progressive thinking, which paved the way for everything that followed.

While we excelled rapidly in industrialization and agriculture, Maharashtra’s progressiveness has been distinctly seen through certain prisms. Maharashtra has been a hotbed for women’s potential. A strong history of prolific women leaders and reformists like Punyashlok Ahilyabai Holkar, Krantijyoti Savitribai Phule, Herabai Tata, Ramabai Bhimrao Ambedkar and so many more have shown the way across generations. Post-independence, Maharashtra has been the pioneer in championing the cause of women’s education and emancipation. Journals like ‘Baija’ and ‘Stree’ became the mouthpieces of women’s liberation in the 1980s. Various women’s and public-interest organizations were founded to further the cause. These groups addressed women’s health, hygiene, livelihood, and protection needs, especially those who had been abandoned or divorced. New laws were passed to protect women from domestic abuse, female foeticide, and workplace sexual harassment. Maharashtra was the first state in India to enact 30% reservation for women in local bodies under the leadership of Padma Vibhushan Sharad Pawar, and with his untiring efforts over the years, it is now 50%. 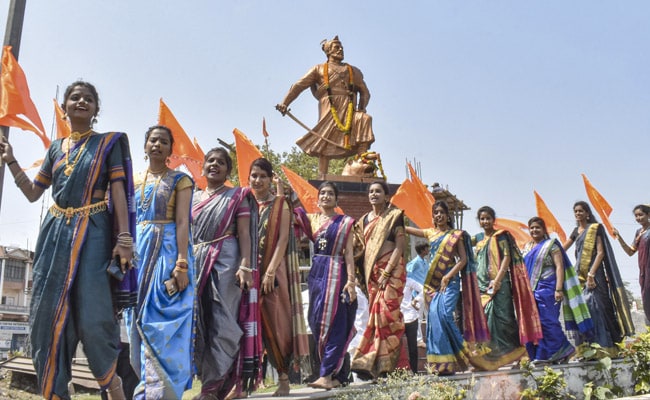 The awareness that women are an important element of the rural economy and social environment has been a driving force in Maharashtra’s development, a fact assured to me in my travels. Constant efforts are being made to ensure their sustainable development and potential by providing them a strong social security net and long-term livelihood measures.

The path of justice, freedom, equality and rights has been shown by many in Maharashtra. The years under Rajarshi Shahu Maharaj, Mahatma Jyotiba Phule and Babasaheb Ambedkar can be described as ones that saw the dawn of social revolution not only in Maharashtra but in the entire country. However, issues like the state of OBC reservation within our state are almost a disgrace to their contributions.

OBCs are on the verge of losing their political reservation in local bodies. The blatant confusion and disregard from the Center with respect to census data is what has led us to this situation. Maharashtra’s MVA government is firm on providing political reservation for OBCs. We have suggested to the State Election Commission (SEC) that any election that omits OBC reservation should be on hold. It is very disheartening to see the waste of time, resources and public money involved in a task that was done 10 years ago but remains hanging just because of the Center’s ill-intentions. But if the history of Maharashtra has taught us anything, it is that any progressive path is paved with struggle and protests, but the end has always been victorious.

One characteristic of Maharashtra stood out to me during my travels. In the nexus of politics and society, our values ​​are joined with our will. Many places I visited are going through their own political adjustments since the MVA was formed. Local units of parties are working with each other after being on opposite sides for decades. But political will in Maharashtra has a place of its own; we have always held its syncretic political culture in high esteem. It is best exemplified by the relationship shared by Sharad Pawar and Balasaheb Thackeray. We recall their fierce political encounters but also fondly remember their mutual affection and the ability to keep political differences aside for the greater good of Maharashtra and the country. Over the last few years, I see attempts to do away with this culture grounded in mutual respect and tolerance in public life. The main opposition party of Maharashtra has resorted to means that would have widespread consequences on the social, political and institutional apparatus of the country. The communal disharmony caused by them is opposite to the culture we have inculcated. This regressive mentality is damaging progressive Maharashtra. Aspects of faith, religion, communities are being misinterpreted, misused and maligned.

Maharashtra has been a place for all. People from the land and people who have come to the land – all have been included in the celebration of the Maharashtrian. And to me, that is the spirit of Maharashtra.

In 1943 Bharat Ratna Babasaheb Ambedkar delivered an address on “Man and History” on the 101st birth anniversary of Justice Govind Ranade. In this address, he famously said how Henry Thomas Buckle and Karl Marx both articulated half-truths since they never gave man credit for changing his surroundings and affecting the path of history. Dr. Ambedkar claimed that man is the major factor in the shaping of history, and that environmental forces alone are not responsible for it.

Today we stand at a juncture where our state and country are undergoing numerous shocks and the environment of positive and progressive discourse is eroding. It may seem to some that as communal and conservative elements gain, the edge in deciding the social agenda and the aggressive progressives appear soft in battle. Preserving the progressive history and politics we have inherited from our forefathers is a challenge. Attempts will be made to turn back the pages, to impose on us a way of life which is regressive, a way of politics which is reactionary. It is up to us to rise to the challenge. We have done it in the past and I am confident we will show the way again. This Maharashtra Day, I would like to assure everybody that this fight for our values ​​and our progeny is ever going. The reflections from our past and the realities of our present are the fuel to drive progressive thoughts.