Varanasi, also known as Banares or Kashi, is one of the oldest living civilizations in the world. Being a town of religious importance for the Hindus, many tourists from all over the country and abroad flock to this location to seek blessings. The outskirts of Varanasi are filled with cool hill-stations, places for adventure sports like trekking and not to forget various wildlife sanctuaries. Tourists who are on a long pilgrimage tour, quite often book a cab service in Varanasi with Chiku Cab to go for a weekend getaway from the main city. It’s not only the long pilgrimage tourists, but other tourists high on adrenalin too prefer for short weekend getaways from Varanasi. The numerous tourists’ locations near Varanasi are surely to give you a beautiful and memorable travel experience. Let’s check out the various getaways from Varanasi in this article.

Just a half an hour drive from Varanasi lies Sarnath, a pilgrimage spot for the Buddhists, but a heavenly and serene vacation spot for people of all communities. Sarnath is the considered to be the holiest place for the Buddhism followers, as Lord Buddha delivered his first sermon of the four noble truths to his disciples after attaining enlightenment. At Sarnath one must do visit the Ashoka’s Pillar and Dharma Stupa built by Emperor Ashoka. There are various other Buddhist museums, stupas, excavated ancient sites, beautiful architecture temples which will drive in curiosity to know more about Lord Buddha and Buddhism. 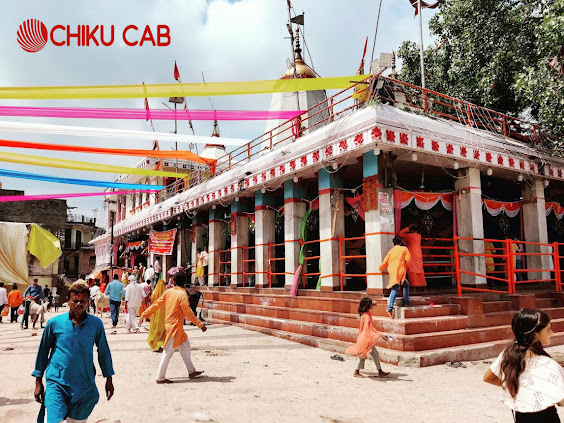 Located at a distance of slightly above 60 kilometers from the city of Varanasi, Vindhyachal is a renowned Hindu pilgrimage spot, which lies between Mirzapur and Varanasi. This place can easily be reached by booking a taxi service in Varanasi with Chiku Cab. Being situated on the banks of the river Ganga, a lot of devotees come here to take a holy dip in the waters of the river Ganga and seek blessings of Goddess Ganga. A pilgrimage known as Trikona Parikrama is the main attraction for which devotees of Hinduism come in. In this pilgrimage, the three important temples covered are the Vindhyavasini, Ashtabuja, and Kali Khoh temple.
Vindhyachal lights up during the festival of Navratri, as the whole town is decked up for the festivals and there are holy chants 24/7. Many devotees visit Vindhyachal during this period.

A five-hour drive of covering a distance of 250 kilometers from Varanasi lies the Buddhist pilgrimage site called Bodh Gaya. It is renowned throughout the world for hosting the Mahabodhi Temple, where there is a Bodhi Tree under which Lord Buddha attained enlightenment. Currently under the screening of UNESCO World Heritage site, this site under the joint development of the Government of India, China, and Japan. Because of its religious importance, devotees from India as well as abroad come to seek blessings and experience the serenity of Bodh Gaya. Sarnath, Lumbini, Bodh Gaya, and Kushinagar together form the most important places of pilgrimage for the Buddhists.

Sitting at a distance of 120 kilometers from the main city of Varanasi, it is a beautiful drive with an outstation cab in Varanasi
with Chiku Cab. Allahabad is famous for the Triveni Sangam – the place of meeting of the three holy rivers of India – Ganga, Yamuna, and Saraswati. This makes Allahabad, now known as Prayagraj a city of religious importance for the Hindus. The Maha Kumbh Mela is also held at Allahabad. When in Allahabad due pay a visit to the Allahabad Fort, a historically important site currently preserved as heritage by UNESCO. Other places of prime importance to visit in Allahabad are Chandra Shekar Azad Park, Allahabad Museum, Anand Bhawan, and All Saints Cathedral. 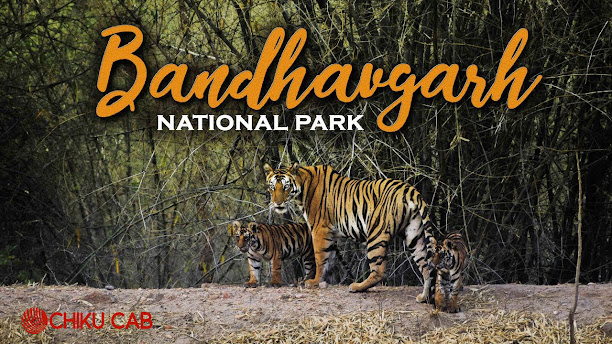 A six-to-seven-hour drive from Varanasi, lies Panna – the only city in India with Diamond reserves. It is also a famous city to host the Panna National Park, which is now a World Heritage Site and holds a strong foothold towards wildlife conservation in India. Also being a city of religious importance, Panna is the home to the Temple of Padmavatipuri Dham. Once at this temple, you can get to listen to various interesting tales of the Bundila Rajas from the locals here.

Located at a distance of 310 kilometers from Varanasi, Rajgir is a town of religious importance for the Buddhists and followers of Jainism. It is believed that Lord Buddha as well as Lord Mahavir have spent quite a lot of time at Rajgir thus adding to the spiritual importance of this place. One can visit the Rocky Mountains, ruins, temples and other sites to experience the calmness and serenity at this place because of the spiritual and religious inclination. 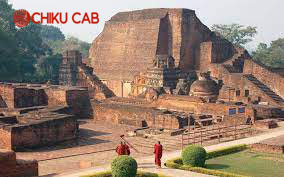 Located in Bihar, at a distance of 320 kilometers from Varanasi, lies the Buddhist pilgrimage spot of Nalanda. It is considered to be one of the great places of academic excellence in regards to Buddhism. Nalanda is famous for its spirituality, history, culture, architecture, and tourism. The University of Nalanda itself is a beautiful architecture marvel and is flocked by tourists’ day in and day out. One can learn a lot at this place in regards to architecture simply by observing the viharas, chaiyas, and temples. Along with Buddhism, Nalanda is also a place of religious importance to the Hindus, Jains, and Sufis as well. There is a museum in Nalanda which displays artefacts of bronze, ancient coins, terracotta jars, samples of burnt rice and a lot more. At an approximate distance of 200 kilometers from Varanasi, lies the city of Ayodhya. Located on the banks of the river Satayu, Ayodhya is believed to be the birthplace of Lord Rama, along with the birthplace of 4 out of the 24 Jain Tirthankars. The Babri Masjid fiasco, makes Ayodhya a controversial city and also a city where riots between the Hindus and Muslims take place regularly. In the year 2005, there was also a terrorist strike on Ayodhya. In spite of all these tensions, Ayodhya is always crowded by tourists of many religions to enjoy the beauty and serenity of this city.

Varanasi though a holy city for the Hindus, is surrounded by places of religious importance of many other faiths. Even the nature holds it place strong while on a weekend getaway from Varanasi with places like Bandhavgarh National Park quite in the vicinity of Varanasi. All you need to do is book a cab service in Varanasi with Chiku Cab and plan your getaway in a comfortable and relaxed manner.