The area, which could be mistaken for a prototype lab, initially made just eight SUVs a day. But demand has been shot up over the two years since the Nexon EV’s launch. Tata now makes more than 100 a day though much of that is now handled at another plant nearby.

Even with this humble start, which draws on India’s tradition of ‘jugaad’ – a word referring to frugal DIY innovation and workarounds, Tata dominates the country’s fledgling electric car market.

That contrasts sharply with other major automakers which have poured billions of dollars into EV tooling and technology from the get-go, though Tata’s success also owes much to government subsidies and high tariffs that keep out imports from rivals like Tesla Inc.

Going into India’s untried market for EVs, Tata knew it had to make an affordable car for an extremely cost-conscious population. Instead of building an EV plant or line which would be expensive and take time, it decided to pick an existing successful model and work on outfitting it with a battery pack. 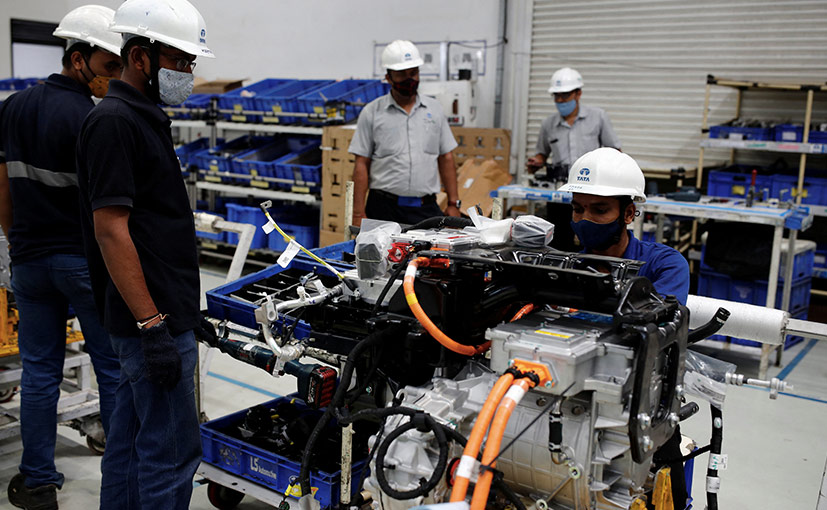 An EV plant for a nascent market would have been “a huge amount of investment sitting on the potential of emerging volumes. We didn’t want to do that,” Anand Kulkarni, vice president of product line and operations at Tata Passenger Electric Mobility, Reuters told.

Tata also limited upfront investment by relying on Tata group companies for a range of EV components and infrastructure, and by choosing a cheaper battery chemistry type.

That enabled it to price the Nexon EV around $19,000 – not necessarily cheap in India but affordable for the upper-middle class and not much more expensive than the top version of the Nexon gasoline model.

With just the Nexon EV and one other model for fleet sales, Tata commands 90% of India’s electric car sales, giving it an all-important first-mover advantage even if EVs account for only 1% of the overall auto market.

Those ambitions attracted $1 billion in investment from US private equity firm TPG, valuing its EV business at $9 billion – far below some EV startups but equivalent to 40% of Tata Motors’ market value.

“This has definitely given us a significant head-start. It now gives us a force multiplier to aggressively move on EVs,” said Shailesh Chandra, managing director of Tata Motors Passenger Vehicles and the EV subsidiary.

Tata has also earmarked $1 billion of its own money to fund its EV plans and by 2025 Chandra expects electric models to make up a quarter of its sales.

Longer-term, Tata is working on an EV-specific car platform and wants its first car using that architecture to launch in 2025. The company is also evaluating the need for a dedicated EV plant, Kulkarni said.

In the meantime, it plans to modify combustion engine platforms to build EVs with bigger batteries and longer driving ranges. Those models are likely to hit the market in about two years. 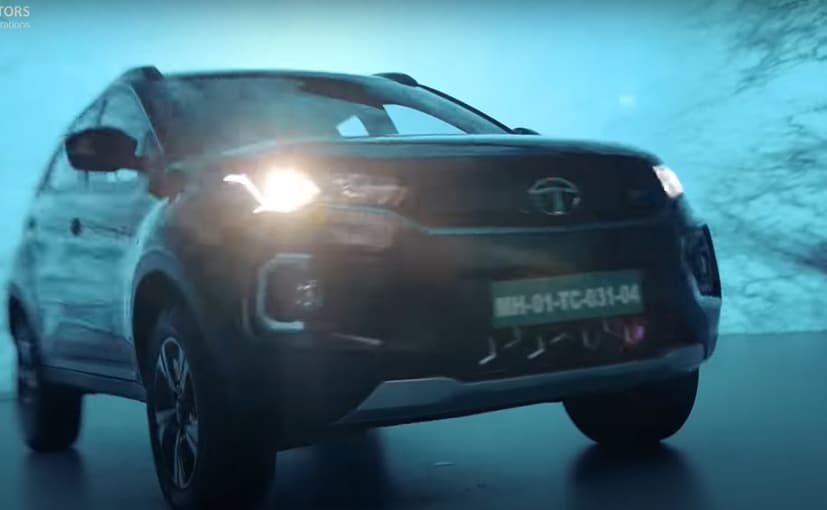 The Nexon EV has a relatively modest real-world driving range of around 200 km per charge.

The range is, however, sufficient for most potential Indian buyers, a Tata survey of consumers showed, prompting it to choose a 30 kilowatt hour iron-based battery from China’s Gotion High Tech Co which is cheaper than other lithium-ion batteries. Tata has also judged it safer for India’s tropical weather conditions, Kulkarni said.

Gotion is working with Tata AutoComp Systems on assembling the battery packs and on the battery management system.

Tata AutoComp, which sources most of the EV parts, is one of several Tata conglomerate firms that Tata Motors leans on – a huge advantage at a time when many automakers are plowing funds into becoming more vertically integrated and less reliant on suppliers. 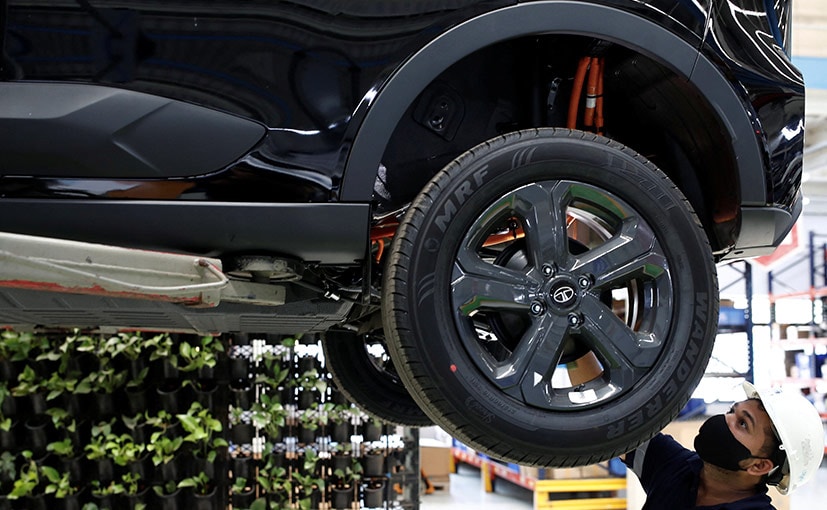 When Tata began EV production in 2020, most parts were imported. Today, Tata AutoComp produces around 50% of the components in-house, its CEO, Arvind Goel, told Reuters.

“Our plan is to localise everything,” he said.

All of the motor’s parts except the magnet are due to be produced locally over the next couple of years. Excluding the cells, the battery will be made in-house and the company is working on its own battery management system, Goel added. 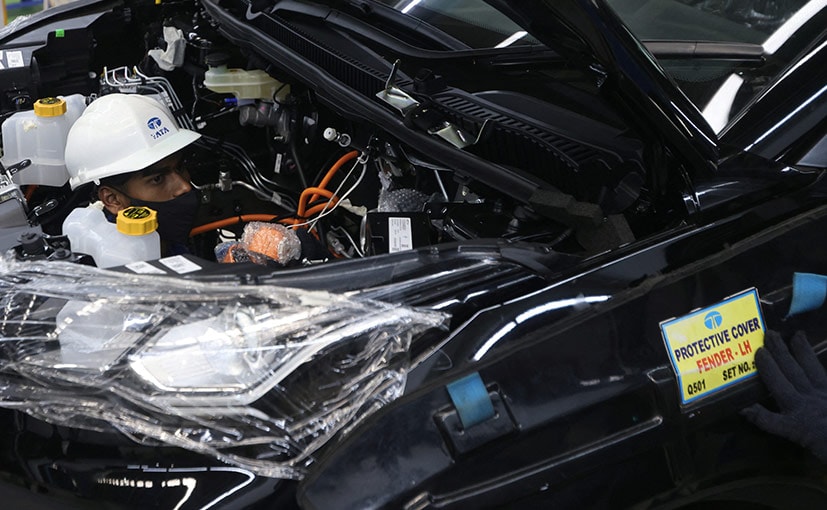 Tata’s EV business is, however, set to face challenges. The government wants 30% of all cars sold in the country to be electric by 2030, and while that goal may look optimism, competition is on its way.

South Korea’s Hyundai Motor and Kia Motors plan to start selling EVs in India this year although their models are set to be bigger and pricier. Expectations are also high for some rivals to launch gasoline-electric hybrids.

“The major threat will come when competitors like Hyundai launch EV models in a similar price band and as Toyota and Suzuki’s hybrid cars come into the market,” said Gaurav Vangaal, associate director at S&P Global Mobility.

And like other automakers, Tata is struggling to source semiconductors amid a global shortage that has become its biggest challenge in ramping up production and has caused a 5 month backlog in EV orders.

That said, Tata intends to make the most of its enviable lead in India’s EV market. It has accrued a trove of data from monitoring the 25,000 EVs it has on the road – particularly relevant for developing electric cars in hot climates, says Kulkarni.

“India has several hotspots which make it a challenge for electrification. Developing EVs in this market provides us with rich data, information which can flow back into our development process. I can’t tell you the kind of head start this gives us,” he said.