Maya Cohen’s entry into the world of obesity medicine came as a shock.

In despair over her weight, she saw Dr. Caroline Apovian, an obesity specialist at Brigham and Women’s Hospital, who prescribed Saxenda, a recently approved weight-loss drug. Cohen, who is 55 and lives in Cape Elizabeth, Maine, hastened to get it filled.

Then she saw the price her pharmacy was charging: $1,500 a month. Her insurer classified it as a “vanity drug” and would not cover it.

“I’m being treated for obesity,” she complained to her insurer, but to no avail.

While Cohen was stunned by her insurer’s denial, Apovian was not. She says it is an all too common response from insurers when she prescribes weight-loss drugs and the universal response from Medicare drug plans.

Obesity specialists despair but hope that with the advent of highly effective drugs, the situation will change. 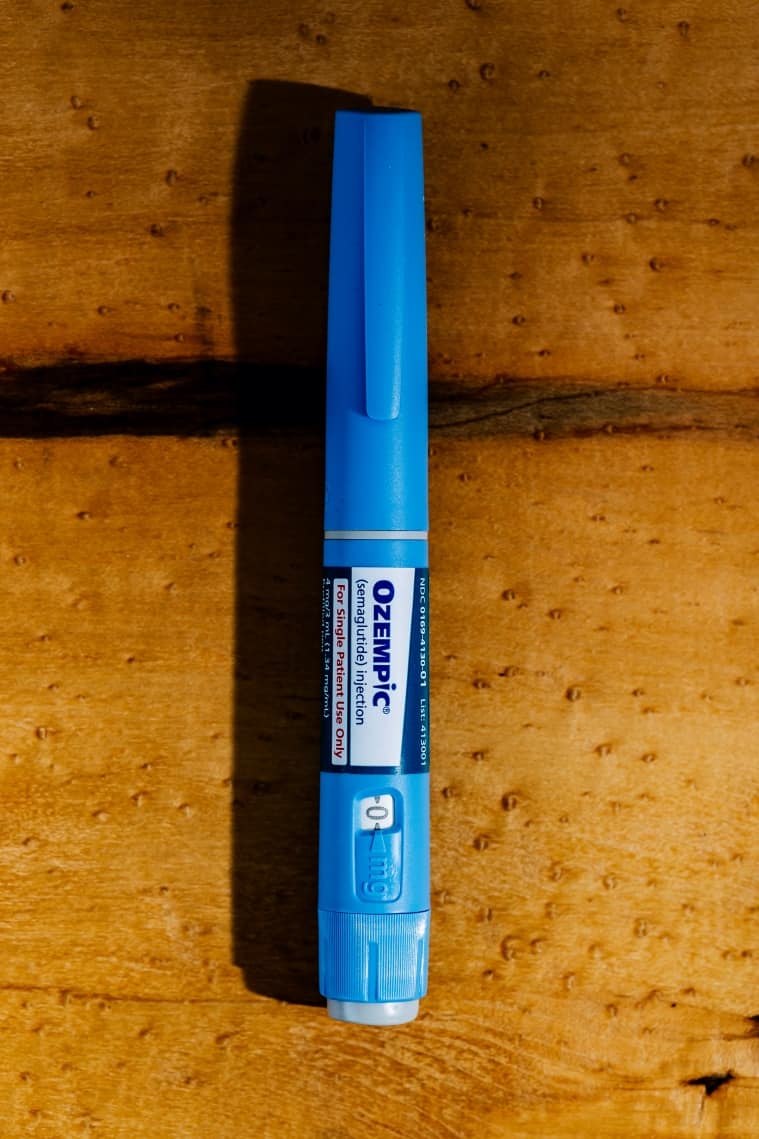 Ozempic, or semaglutide, at the home of Maya Cohen, who lost 54 pounds using a drug for which her pharmacy was charging, 500 a month, at home in Cape Elizabeth, Maine, May 23, 2022. (The New York Times)

Novo-Nordisk, the maker of the Apovian prescribed medicine, and patient advocacy groups have been aggressively lobbying insurers to pay for weight-loss drugs. They also have been lobbying Congress to pass a bill that has languished through three administrations that would require Medicare to pay for the drugs.

But for now, the status quo has not budged.

No one disputes the problem — more than 40% of Americans have obesity, and most have tried repeatedly to lose weight and keep it off, only to fail. Many suffer from medical conditions that are linked to obesity, including diabetes, joint and back pain, and heart disease, and those conditions often improve with weight loss.

“The evidence is now overwhelming that there are physical changes in weight regulating pathways that make it difficult for people to lose weight and maintain their weight loss,” said Dr. Louis Aronne, an obesity medicine specialist who directs of the comprehensive weight control center at Weill Cornell Medicine. “It’s not that they don’t have willpower. Something physical is holding them back.” A mix of prescription weight-loss pills at the home of Maya Cohen, who lost 54 pounds using a drug for which her pharmacy was charging $1,500 a month, at home in Cape Elizabeth, Maine, May 23, 2022. (The New York Times )

Aronne and other obesity medicine specialists emphasize that obesity is a chronic disease that should be treated as intensively as heart disease, diabetes, high blood pressure or any other chronic illness are. But, they say, that rarely happens.

“Access to medicines for the treatment of obesity is dismal in this country,” said Dr. Fatima Cody Stanford, an obesity medicine specialist at Massachusetts General Hospital and Harvard Medical School.

But even if a patient’s insurer will cover weight loss drugs, most doctors do not suggest the drugs and most patients do not ask for them, as they fail to realize there are good treatment options, said Dr. Scott Kahan, an obesity medicine specialist in Washington, DC And, he added, even if doctors and patients know there are FDA approved drugs, many think they are “unsafe or not well studied and that everyone regains their weight.”

The medical system bears much of the blame, Stanford said. Just 1% of doctors in the United States are trained in obesity medicine. “It’s the biggest chronic disease of our time, and no one is learning anything about it,” she said.

Data on medication use by patients predate the newer, more effective and safe drugs made by Novo Nordisk and Eli Lilly. Still, obesity medicine doctors say, they doubt that the number has changed much from the earlier studies that found that less than 1% who are eligible obtained one of these drugs. That is the about the same percentage as those who get bariatric surgery, which most insurers, including Medicare, pay for.

“The perception is, ‘If you are heavy, pull yourself up from your bootstraps and try harder,'” Kahan said.

And that, he adds, is a perception of many patients, as well as doctors, share, making them reluctant to seek medical help or prescription medications.

Then there is the problem Cohen ran into: Insurers that do not cover weight-loss drugs.

But some obesity specialists have found a strange workaround to get an effective but expensive Novo Nordisk drug for patients with obesity whose insurers will not pay.

The workaround exploits quirks in the way Novo Nordisk markets its drugs. The company sells a drug, semaglutide, for both diabetes and for obesity. As a diabetes drug, it is called Ozempic and has a list price of $892 for four weeks. It is easily available at pharmacies, and insurance companies cover it for people with diabetes.

Novo Nordisk sells two weight loss drugs that are of the same class in two doses — liraglutide as Saxenda, and semaglutide at a higher and more effective dose as Wegovy. The list price — the suggested retail price — for both is about $1,350 a month. That means the same drug costs 51% more if it is used to treat obesity than if it is used for diabetes.

But as an obesity drug, it is hard to get.

Not only do most US insurers decline to pay for Saxenda or Wegovy because they are weight-loss drugs, but Wegovy supplies are so limited that the company has asked doctors not to start new patients on it.

Eli Lilly has a similar and seemingly more powerful weight-loss drug, tirzepatide, which he hopes to get approved for people with obesity. It was recently approved to treat diabetes under the name Moonjaro. As a diabetes drug, its retail price is $974 a month.

Douglas Langa, an executive vice president at Novo Nordisk, said the Wegovy supply problem was caused by a manufacturing issue that should be resolved later this year.

He also said that diabetes and obesity were “separate categories, separate marketplaces” to explain the difference in price between the companies’ two drugs that were based on the same medicine, semaglutide. He said Wegovy’s price “reflects efficacy and clinical value in this area of ​​unmet need.”

“It’s unbelievable,” she said, adding that it was a gross inequity to charge people more for the same drug because of their obesity. She finds herself in an untenable situation: getting excited when her patients with obesity also have diabetes because their insurers pay for the drug.

Apovian says she too finds herself rejoicing when patients have high blood sugar levels — and that was what ultimately resolved Cohen’s problem.

Her insurance company would cover Ozempic, but it would not cover Saxenda. So she started taking Ozempic, with a $70 a month copay.

Cohen — who measured at 5 feet fall and weighed 192 pounds when she saw Apovian — had a dramatic response to Ozempic. She has lost 54 pounds and now weighs 138 pounds. Her waist size, which was 46 inches, is now 33 inches. She has more energy and her joints do not hurt.

“It has absolutely changed my life,” Cohen said.