Nothing lasts forever, so they say. That is unless you are Kareena Kapoor Khan.

She’s the quintessential movie star, one of the last in Bollywood. In the age of social media and instant access to actors, she’s managed to maintain an aura of mystery around her. She once famously said that she doesn’t need to be on social media because she is all over it, anyway. “That’s so Bebo na,” her fans say every time they come across a statement of hers that no other actress would have dared to utter. Be it Poo from K3GChameli from Chameli, Get from Jab We Met, Dolly from Omkara, or Mahi from Heroine, her stardom goes way beyond the films she’s chosen or the box office hits she’s delivered. Speak to any film critic and they’ll bemoan the fact that Kareena is a good actress who doesn’t choose “good” films. They’d like her to do “cinema” instead of starring in the masala fare she’s known for. But the 41-year-old is content. She’s not one to have regrets. Whether she stars in a 100-crore movie or a flop, she’ll always remain the one and only Kareena Kapoor Khan. On the eve of Laal Singh Chaddha’s release, the actor sat down with us for an exclusive interview. Little did she know it would turn out to be a milestone performance…

In these twenty-two years, what is your main takeaway from being in Bollywood?

Talent is key. Being consistent and humble is important. And always be proud of your accomplishments as well as your failures.

Both go hand in hand. Over the years, I’ve also become a calmer actor, and as you grow, your calmness also grows. I kept growing and now I am better than what I was twenty-two years ago.

Do you feel like you’ve become calmer when it comes to picking scripts or caring about the box office?

I’ve always worn both my failure and my success very proudly on my shoulders. That’s actually what kept me going. Because as an actor, you must be prepared for both. And I think there are takeaways from both. There are lessons from both. So, whether it’s picking scripts, whether it’s performances, with age and constant ups and downs, calmness has just come with it.

You’ve had the kind of longevity as an actress that very few people have — from Refugee to Laal Singh Chaddha. What would you say is the secret to your success?

I’m very normal and I don’t come with too much baggage. I’ve never taken myself seriously as a person or as an actor.

Ya, I think that’s the reason because there’s no actual planning ‘ki yeh picture karni hai’. In fact, I’ve always been like, “I’ll do films that I want to do”. Maybe, of course, I’ve had the privilege of doing so, I’m not denying that. But I’ve also made decisions that people have thought that ‘God she’s really silly and stupid, why’s she doing that?’ So, it’s been a little mix of that, a little mix of chance, and I think ya, a bag full of hopeful talent. That’s why I’ve survived. Otherwise, it’s not possible. 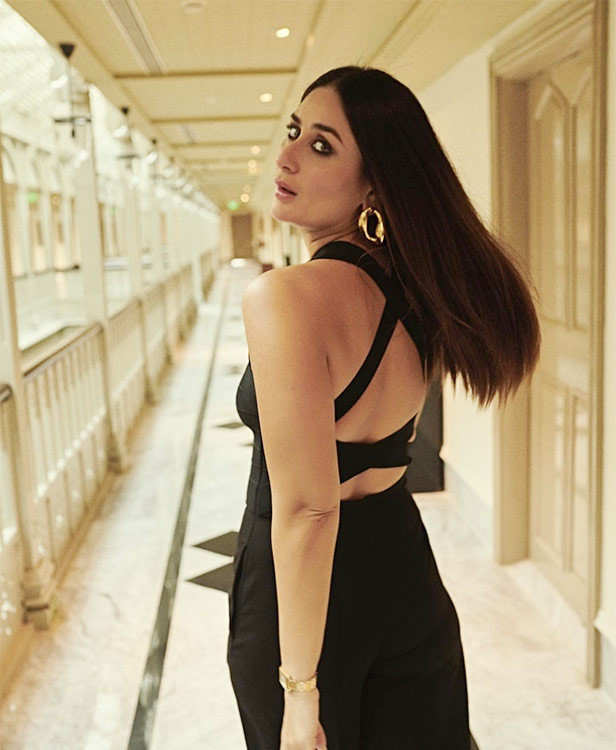 Where do you get your self-confidence from?

I think the confidence is in the fact that I know that I love my work, I know that I can do it, and I’m a good actor. Working with Aamir three times over, you know, making it different with 3 Idiots and Talaash – how will that be possible? I’m always like, “No, it will be, and I’ll make sure it is.” So there’s also a little bit of that. You must have that tenacity within you.

Are there days when you’re not confident and if yes, how do you deal with that?

Not really. Maybe I don’t feel good on a particular day or about something but that’s normal. But I don’t think there’s been a day that I’m not confident about the fact that I know what I’m doing.

Has this self-confidence been a practice over the years, or is it something that you were just born with?

It’s always been there, it’s not practiced. Nothing is calculated – that is one thing about me. I don’t have four agents and two PR people telling me what I’m supposed to do. I’ve never been that actor. Like ‘oh why is this not there, why am I not on this cover, why am I not at this event, what am I doing’. ‘We need to do this, or we need to do that’. 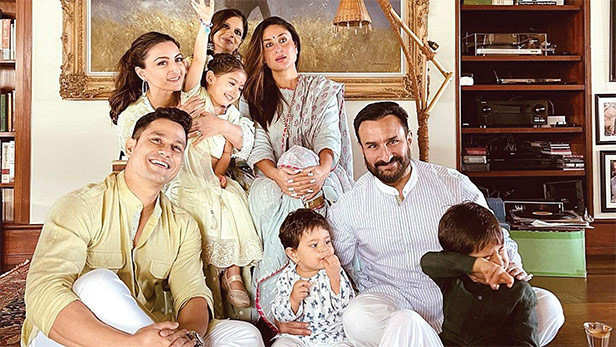 You don’t put filters on your selfies.

When I came to Mehboob Studios for this interview, I sauntered in in my jeans and my T-shirt, and I would’ve been happy to talk in that. But obviously, there’s a protocol now. But otherwise, I’m happiest when my hair is tied and I’m sitting in my jeans. And I don’t know any other way.

There is no other actor in Bollywood who has such a massive fan following in the gay community. Why do you think that is so?

From school till now, I’ve just connected better with them. It’s somehow more honest. There’s a sense of belonging that’s there. I don’t know why, but I’m happy.

I’m okay with whatever and now I’ve become boring, like how I was on Koffee With Karan.

Do you remember your slanging matches with Ameesha Patel?

Oh god, I don’t know how. I don’t even remember that part of my life.

It feels like another lifetime. Everything was just so pointless. But now everyone has grown, and matured, for that matter, even the media has. Somehow, it’s just different now. People also want to talk about more different things rather than catfights and things like that. 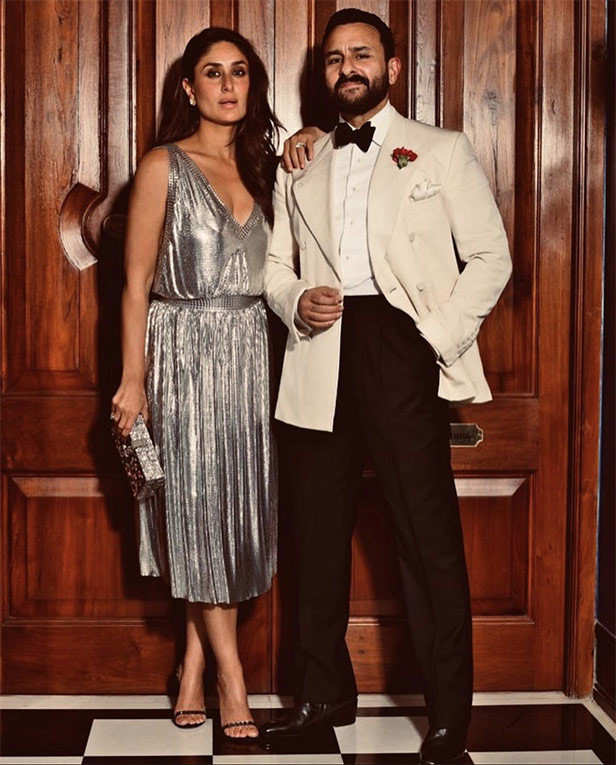 In 2022, if you had to give Poo and Geet a word of advice, what would you tell them?

They were just perfect in every way. Because they stood for hope, love, and kind of gave people that. You know, Poo was very innocent. She was just doing things the way she thought. Like the things she said and everything else that was not meant to intentionally hurt or do anything. And even Geet, was inspirational in every way because she kind of ran away from home, wanting to marry this guy. She was just a character that gave hope to people. And ever since, most of the characters in Hindi movies now are based somewhat on them, you know. There will always be a hint or a spark that every character will, you know, want to have.

And then Get started a full trend.

Sure thing, Get toh… Everyone was in a Patiala salwar after that. I don’t think Pooh and Geet need any advice. Because I think they’re the kind of people like me — they’ve lived their life to the fullest.

From size zero to the changes that come with motherhood, how has your relationship with your body changed?

Like every girl, when you’re in your teens, you’re like, “God, we all want to be thin, we all want to look this way. I wish I had thinner legs, I wish I had thinner arms.” Now I’m just like… I’m done. I just want to be happy the way I look. Because I think I look great. And when I look in the mirror, I look amazing. And that’s what’s important. I don’t want to have a six-pack. 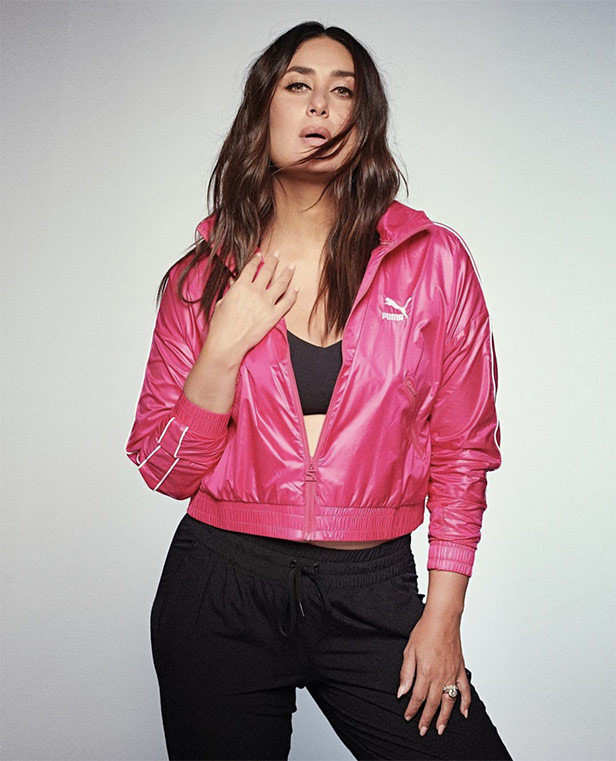 Does Kareena Kapoor Khan ever look in the mirror and find flaws in herself?

No, because I’m not that kind of person. I don’t want to find flaws, I want to love myself. Because if I don’t love myself, I don’t know if others will love me also. You have to first start loving yourself for that. And, and I think I do well – even if I know that I have flaws or I’m no more than a size zero (which I don’t want to be and I don’t think anybody should be). But I don’t have long legs, or you know, I’m not a particular height, I’m like, it’s fine. People still love me. I am the way I am. You know, I am the girl who actually wants to watch FRIENDS. and eat burgers and fries all her life. If that means that I’ll have to be a size ten or twelve, I’m really happy about that. And that’s the space I think every girl should be in.

But will that gray hair you’ve noticed bother you, or that small wrinkle on your face?

It’ll never affect me. Because you’re as old as you look, and you’re as fit as you feel. You have to feel good. I feel amazing now, like, after my workout, I feel I look good. So, I’m just like, I’m like, I’m as old as I look.

So, do you think movies have changed?

And you have actually announced it to the world. So, do you think the attitude in the industry has changed?

I think so. And I’m hoping that it will. It is high time that it changed. Today, it’s not just about being a twenty-something and getting a role and, you know, whatever. Because of the types of performances that are taking place today, I believe that you must be a serious actor. Whether it’s on the web or OTT, whether it’s in films, people. I think there is work for serious actors. Like now, it’s all about how the game has changed. I just worked with Vijay (Varma) and Jaideep (Ahlawat) and I found the whole experience to be amazing. Because you get to learn so much. I’m dying to see Darlings because I know all of them are just going to be unbelievable. So today it’s not about that. And if like-minded people are thinking that way. It’s really archaic. 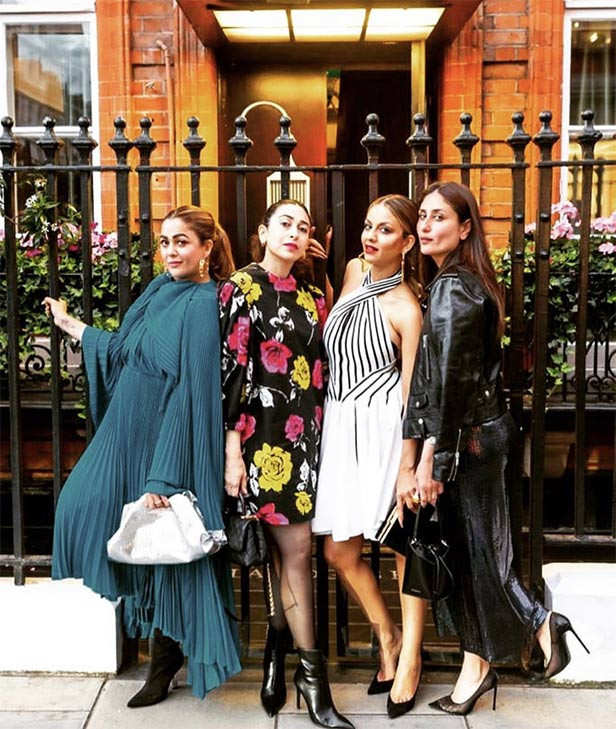 But you know how it used to be. Actresses used to sit at home after having kids. Now it’s no longer the case.

No, now I believe there are roles for everyone. Today, actors are cast if they are suitable for the role, and if you know what they can bring to the table. Not just for their star value.

But do you feel like the era of the superstar is over? Even when Karan first introduced you on Koffee, he stated that you are the quintessential, bona fide movie star.

We are in the day and age of accessibility. Stardom is very different and it’s more difficult for this generation. Because they have to be really, really good. Because anyone today can be amazing and be on top. So today, everybody has to be on their toes.

What is the one thing about social media that you think would have been beneficial when you made your film debut and what is the one reason, you’re glad, it wasn’t there.

I remember how, at the time, we were all very innocent. We would literally just be excited to be facing the camera. Today, people instantly upload a picture and everyone goes, “Super hot, super hot, fab, fab, amazing.” At that time, we were waiting for people to watch our films and give us their reactions. Which was amazing because, you know, it was genuine. But I love Instagram. And I just feel there should be no place for negativity. Like on my page, I don’t need the comments. Because there’s no place for that. Because you know, it’s a happy page, it talks about my life, my family, what I like, how much I eat, it’s a positive page. You want to come, come on it, but you know, I don’t care about eighty million. I just want people to just like me and know me for who I am.