The fall of Sievierodonetsk – once home to more than 100,000 people, now a wasteland – was Russia’s biggest victory since capturing the port of Mariupol last month. It transforms the battlefield in the east after weeks in which Moscow’s huge advantage in firepower had yielded only slow gains.

Russia will now be hoping to press on and seize more ground on the opposite bank, while Ukraine will hope that the price Moscow paid to capture the ruins of the small city will leave Russia’s forces vulnerable to a counterattack in coming weeks.

“The city is now under the full occupation of Russia. They are trying to establish their own order, as far as I know they have appointed some kind of commandant,” Mayor Oleksandr Stryuk said on national television.

He said anyone left behind could no longer reach the Ukrainin-held territory, as the city was effectively cut off.

Ukrainian service members walk past a damaged car in the city of Sievierodonetsk, June 20, 2022. REUTERS/Oleksandr Ratushniak

Russia’s Interfax news agency cited a representative of fighters from the self-declared Luhansk People’s Republic as saying Russian and pro-Russian forces had entered Lysychansk and fighting was taking place in urban areas there. This could not immediately be confirmed.

Russian President Vladimir Putin sent tens of thousands of troops over the border on Feb. 24, unleashing a conflict that has killed thousands and uprooted millions. It has also stoked an energy and food crisis which is shaking the global economy.

Since abandoning an early advance on the capital Kyiv in what it called a “special military operation”, Russia and its proxies have shifted their main focus to the Donbas, an eastern territory made up of Luhansk and Donetsk provinces.

The retreat from Sievierodonetsk brings Moscow close to full control of Luhansk, with Ukrainian troops in the province largely holding out only in Lysychansk.

Ukrainian officials had said that they were pulling troops back from Sievierodonetsk to avoid being surrounded by the Russians, who had crossed the river in force in recent days and were advancing on Lysychansk on the opposite bank.

The capture of Sievierodonetsk is likely to be seen by Russia as vindication for its switch from its early, failed attempt at “lightning warfare” to a relentless, grinding offensive using massive artillery in the east.

Moscow says Luhansk and Donetsk, where it has backed uprisings since 2014, are independent countries, and has demanded Ukraine cede the entire territory of the two provinces to separatist administrations. 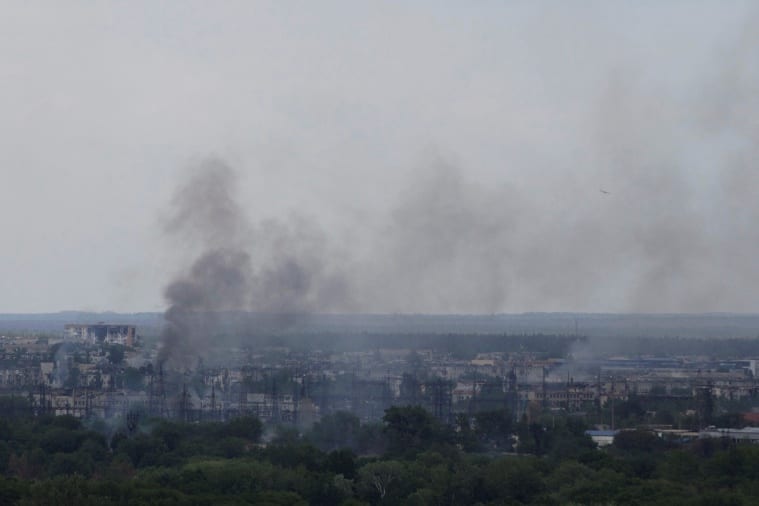 Serhiy Gaidai, governor of the Luhansk region, said Russian forces had on Friday attempted to enter and blockade Lysychansk.

Ukrainian officials had never held out much hope of holding Sievierodonetsk indefinitely, but have hoped to exact a high enough price for it to exhaust the Russian army and leave the invasion force vulnerable to a counterstrike.

Elsewhere in Ukraine, governors of western and northern regions reported multiple missile attacks, indicating that Russia was not limiting its assault to eastern territories. 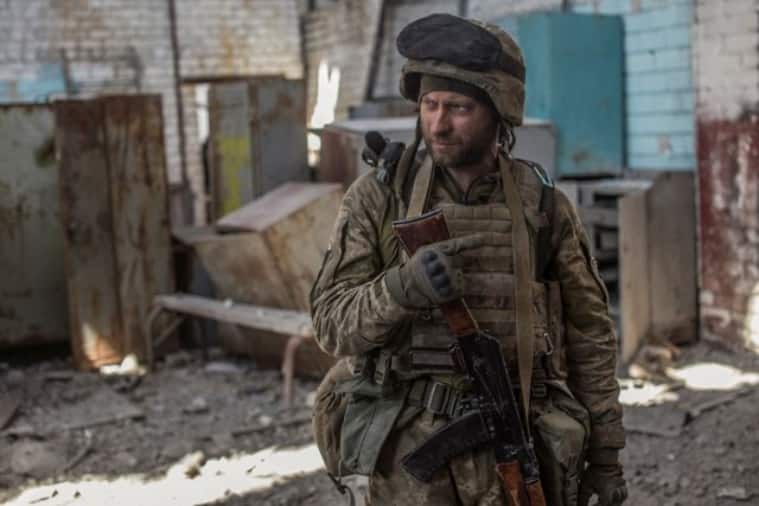 A Ukrainian service member looks on the industrial area of ​​the city of Sievierodonetsk, June 20, 2022. REUTERS/Oleksandr Ratushniak

The governor of Lviv region in western Ukraine, Maxim Kozytskyi, said in a video posted online that six missiles were fired from the Black Sea at the Yavoriv base near the border with Poland. Four hit the target but two were destroyed.

In the north, Vitaliy Bunechko, governor of the Zhytomyr region, said strikes on a military target at least one soldier, adding that nearly 10 missiles had been intercepted and destroyed.

In the south, Oleksandr Senkevych, mayor of Mykolaiv near the Black Sea, said five cruise missiles hit the city and nearby areas on Saturday. The number of consequences was being clarified. Reuters was not able to independently confirm the various reports.

Despite battlefield setbacks, Kyiv has won’t support from the West which has imposed sanctions on Russia and is sending arms to Ukraine.

The war has had a huge impact on the global economy and European security arrangements, driving up gas, oil and food prices, pushing the EU to reduce its heavy reliance on Russian energy and prompting Finland and Sweden to seek NATO membership.

Leaders of the Group of Seven rich democracies are expected to demonstrate long-term support for Ukraine and discuss how to tighten the screws on Russia at a three day summit in Germany starting on Sunday.

British Prime Minister Boris Johnson, who will take part, said he feared Ukraine could face pressure to agree a peace deal, and the consequences of Putin getting his way in Ukraine would be dangerous to international security.

In a major sign of support, European Union leaders this week approved Ukraine’s formal candidacy to join the bloc – a decision that Russia said on Friday amounted to the EU’s “enslaving” of neighboring countries.

Russia says it sent troops into Ukraine to degrade its southern neighbor’s military capabilities and root out people it calls dangerous nationalists. Ukraine calls the war a Russian land grab, and says it will never surrender its territory.