The RSS was founded in 1925, the Jan Sangh (the precursor of today’s BJP) in 1951. But Hindutva, in the form we know it today, really emerged as a force in our politics in the second half of the 1980s. After the 1984 general election, in which the BJP infamously won only two of the 229 seats it contested, leadership of the party passed from Atal Bihari Vajpayee to Lal Krishna Advani.

Under Advani, the BJP swiftly developed and fellow all the key elements of political Hindutva: extra-parliamentary methods, including the intimidation of both citizens and the state; the use of vigilante groups not formally associated with the BJP to provide both manpower and plausible deniability; the rebranding of peaceful coexistence as “appeasement”; a politics of residence and humiliation that channels our social energies not productively forward but towards extracting vengeance for the distant past. None of this was exactly new; the RSS had been fixed on Muslims more or less from its founding. But it was this combination, under Advani, that, in the space of less than a decade, expanded the BJP’s caste base and made the party a national force.

In 2022, Hindutva appears electorally and socially hegemonic. One indicator of its hold over our collective life is the behavior of the BJP’s political opponents. As the BJP-controlled NDMC continued to bulldoze Muslim homes and businesses in Jahangirpuri – in contravention of a Supreme Court order – AAP’s Manish Sisodia chose to accuse the BJP of “giving shelter to Bangladeshis and Rohingya”. In Chhattisgarh, Congress Chief Minister Bhupesh Baghel is busy promoting a tourism circuit of sites associated with Lord Ram’s exile.

The scenes during the demolition drive in Delhi’s Jahangirpuri

Hindutva’s triumph owes almost as much to the BJP’s opponents as to the party of Hindutva itself. Baghel and Sisodia are not aberrations. Their actions are entirely in keeping with four decades of political responses to the challenge of Hindutva. When that challenge was first posed, between 1985 and 1989, it received two kinds of response: capitulation (from the Congress) and accommodation (from the Socialists and Communists).

The Congress story is better known, so let us begin with the second group. In 1987, VP Singh resigned from Rajiv Gandhi’s government. By 1989, he was the convener of the National Front, which comprised the Janata Dal and regional parties. But the National Front was one of three significant anti-Congress factions: the others were the BJP and the Communists. The Congress, even given Rajiv Gandhi’s unpopularity, could not be defeated by a splintered Opposition.

The National Front thus pursued an informal electoral arrangement arrangement with both the BJP and the Left. Neither needed much convincing to work with the NF. But on the question of working with the BJP, the Communists were divided. One group, led by CPI(M) general secretary EMS Nambodiripad, cautioned that communalism posed a grave threat to the republic and should not be enabled on any terms. The “pragmatists”, led by West Bengal Chief Minister Jyoti Basu, countered that the Left should only worry about the enemy of the moment, the Congress.

In the short term, the West Bengal faction won. In the vast majority of seats, the Congress faced only one serious opponent. It won 40% of the vote nationally but fell way short of a majority of seats. The NF formed the government with outside support from its partners on the Left and Right. The BJP, contesting two fewer seats than in 1984, went from two seats to 85 and has never really looked back since. The respective trajectories of the BJP and CPM in Kerala and West Bengal have more than settled the argument between Basu and Namboodiripad.

In the decades that followed, the non-Congress Opposition has continued to accommodate Hindutva wherever that seems expedient. Virtually every non-Congress party has chosen accommodation at one time or another, quite literally from Kashmir (PDP/NC) to Kanyakumari (DMK/AIADMK). In Karnataka, the BJP’s path to power was eased at different points by both the Ramakrishna Hegde and Deve Gowda factions of the Janata Dal. Even the communists, who are ideologically opposed to all religion, were happy to work with the BJP to try and unseat the UPA in 2008.

The SP and RJD, after breaking away from the Janata Dal, have resisted accommodation with the BJP. But their governance records have, if anything, offered more oxygen to Hindutva in Uttar Pradesh and Bihar than accommodation itself could.

As for the Congress: in 1986, it chose capitulation before the forces of both Muslim reaction (in the Shah Bano case) and Hindutva (in Ayodhya). Rajiv Gandhi’s decision to allow the opening of the locks of the Babri Masjid is often attributed to the advice of his cousin Arun Nehru. Arun Nehru cannot be blamed, however, for Rajiv’s choices in 1988-89, from the banning of The Satanic Verses to Rajiv launching his 1989 election campaign from Ayodhya itself, with the promise of “Ram RajyaBy then, Arun Nehru had joined the Janata Dal.

On the eve of the election, after months of hemming and hawing, Rajiv Gandhi allowed the VHP to conduct a shilanyas (foundation stone) ceremony in Ayodhya. In a remark that offered both a crushing assessment of the Congress, and a chilling prophecy of events to come, the VHP’s Ashok Singhal said at the time: “If the Government thinks it has been bulldozed into allowing the foundation-stone laying ceremony, we can bulldoze them further.

Three decades later, when Narendra Modi led the Bhoomi Poojan at Ayodhya, Kamal Nath complained that the BJP ought to have shared credit for the temple’s construction with Rajiv Gandhi. He wasn’t wrong. 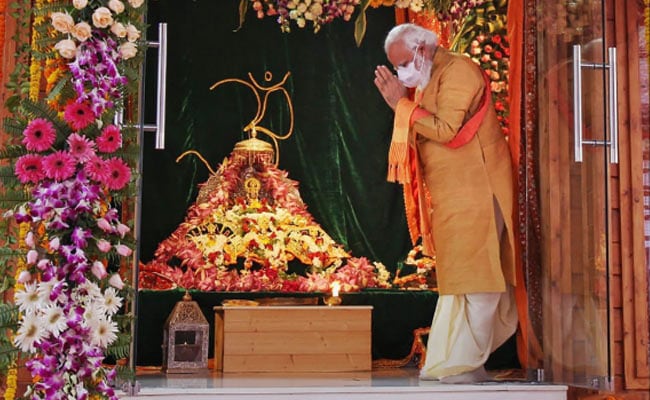 When not actively capitulating, the Congress has spent 30 years failing to propagate any coherent or sustained ideological counter to Hindutva. Rahul Gandhi has, from time to time, directly attacked Hindutva. But the contents of his Twitter log, no matter how admirable, does not constitute either the actual record of the Congress, or a program of ideological mobilisation.

What are we to draw from this sorry history of accommodation and capitulation? One, that Jyoti Basu was one of dozens of politicians to fatally underestimate the BJP and Hindutva. Two, that too many of our political leaders are driven by short-term fear; They are mindful of only the next election where the BJP builds for the long term, and unlike the BJP, society itself as something static, rather than something they can actively regard. This may be as simple as the difference between a party and a movement; Mahatma Gandhi’s Congress, after all, was both. Three, as Uddhav Thackeray now knows all too well, accommodation means the BJP eating your vote share from the inside.

At times, Arvind Kejriwal has seemed to grasp these lessons. To the AAP of being the BJP’s “B-team” is completely ahistorical. The B-team bus filled up a long time ago. AAP has never countered Hindutva, but at its best, it has, in American political parlance, “changed the channel”, fought on its own terrain. Unlike Rahul Gandhi, who these days attacks the BJP on federalist grounds, Kejriwal has understood that a politically viable challenger to the BJP has to be nationalist, not equate nationalism with Hindutva. Which sounds more like the Congress that used to win elections – the party with the “desh-bhakti” curriculum, or the party that says, “You will never rule the people of Tamil Nadu”? 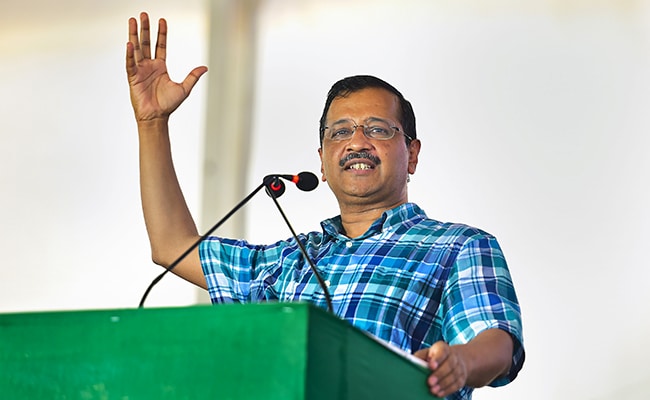 AAP’s recent moves towards Congress-style capitulation should therefore be criticized not only on ethical grounds, but on strategic ones. Why should capitulation work any better for Arvind Kejriwal than it did for Rajiv Gandhi? Arun Shourie, referring to Narendra Modi’s statist economics, famously described his government as “Congress plus cow”. “BJP plus mohalla clinic” may see AAP through the MCD elections (whenever those actually take place), but if it really hopes to take on the BJP for higher stakes, it needs to do better than repeat the strategies that have failed every other challenger to the BJP. Accommodation with l, and capitulation to, Hindutva got us into this. They are not going to get us out.

(Keshava Guha is a writer of literary and political journalism, and the author of ‘Accidental Magic’.)