According to Coinmarketcap, the entire crypto market now has a market capitalization of $1.2 trillion, less than half of the $2.9 trillion it was worth in November 2021. Crypto developers and enthusiasts are worried about the Terra Luna crash that has cost the investors fortune.

Here’s what popular crypto developers and CEOs are saying about the Luna Terra crash.

Billy Markus, creator of meme coin Doge said on Thursday that he is “triggered” every time he reads about Terra and Luna stablecoin crash. “It’s quite literally the stupidest thing I have ever seen in my life,” said Markus, in the Twitter thread.

In a string of tweets, Markus called the founders of Terra and Luna “tech bro hubris” and “degenerate gamblers.”

“Tech bros operate in a bubble,” he said, “They all read the same game theory book and think they understand everything about human nature.”They don’t know how humans really behave outside of their bubble when they design things.”

Popular American Investor and advisor has called out Luna and Terra stablecoins as a threat to the whole crypto ecosystem.

The algorithmically designed coin is a “pyramid scheme” said Ackaman in a Twitter thread. It should be noted that Luna and Terra were both engineered to balance out the supply and demand to maintain stability. However, when the streak broke, Terra crashed 100 per cent on May 13.

“Investors were promised 20 per cent returns backed by a token whose value is driven only by demand from new investors in the token,” he added. “There is no fundamental business.”

Ackman explained in a Twitter thread that Luna only gained value after attracting investors globally on the account of digitisation and took advantage of the fanfare surrounding cryptocurrencies. He believes that there is a dire need for self-regulation in the cryptocurrency industry. “The crypto industry should self-regulate away other crypto projects with no underlying business models before crippling regulation shuts down the good and the bad,” he added. “Hyping tokens that are not supported by businesses that create value will destroy the entire crypto industry. Why and/or where am I wrong?” Chengepeng Zhao explained the reasons that drove the crypto exchange to halt the trading of LUNA and UST. (File Photo)

Binance CEO Changpeng Zhao is unhappy with the way Terra developers handled its stablecoins. In a tweet, he said that Binance reached out to the developers behind Terra and made suggestions on how to mitigate the crisis while also alluding to how the team behind the Terra network hardly responded to Binance’s request to help them restore the network.

“While Binance always aims to be neutral, helpful and protective of all users and industry peers, and we typically refrain from commenting on other projects, I will break that rule this time,” CZ tweeted.

“I am very disappointed with how this UST/LUNA incident was handled (or not handled) by the Terra team. We requested their team to restore the network, burn the extra minted LUNA, and recover the UST peg. So far, we have not gotten any positive response or much response at all. This is in sharp contrast to Axie Infinity — referring to the $625 million (roughly Rs. 4,865 crores) hack in March 2021 — where the team took accountability, had a plan, and were communicating with us proactively. And we helped,” added Zhao.

Zhao also explained the reasons that drove the crypto exchange to halt the trading of LUNA and UST, “An exponential amount of new LUNA was minted due to flaws in the design of the Terra protocol. Their validators have suspended their entire network, resulting in no deposits or withdrawals possible to or from any exchange,” he said. “Some of our users, unaware of the large amounts of newly minted LUNA outside the exchange, started to buy LUNA again, without understanding that as soon as deposits are allowed, the price will likely crash further. Due to these significant risks, we suspended trading.” 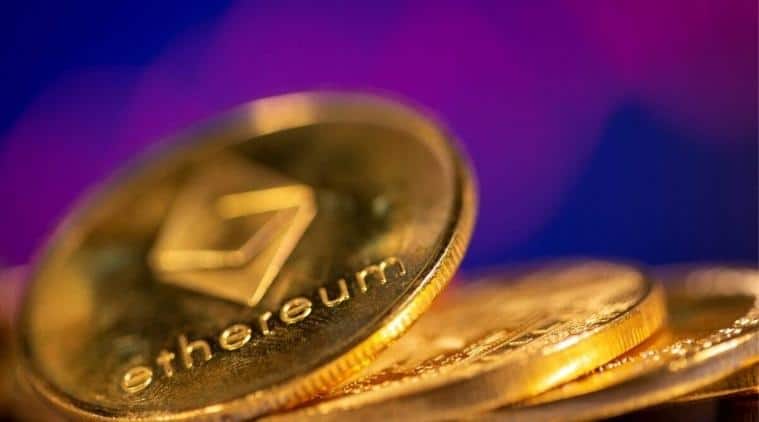 An investor that goes by the name PersianCapital on Twitter posted that Terra should prioritise “smaller wallets”. “If Terra just focused on the “poorest” 99.6% of wallets, then they could make this gigantic group 100% whole,” the tweet read.

Buterin quoted the post, saying that he “strongly supports” the idea. He has asked for “coordinated sympathy and relief” for average Terra coin smallholders who “got told something dumb about ’20 per cent interest rates on the US dollar’ by an an individual, personal and SFYL for the influence wealthy.” SFYL is crypto slang for “Sorry For Your Loss.”

“The company remains in a strong capital and liquidity position and is well-positioned for long-term growth,” Galaxy Digital said in a press release. “The company will continue to manage the pace of investment to consider the macroeconomic backdrop as it has throughout its history, and our experienced management team continues to believe there are significant opportunities for Galaxy Digital as we navigate current market conditions.”