The EV market in India exponentially, and with rapid developments in development coupled with rising fuel costs EV ownership is becoming increasingly practical. However, the offerings in our market are very scarce presently, with there being a huge void between the ₹25 lakh to ₹1 crore price bracket. That will soon change of course, with Hyundai Motor Group bringing 2 new EVs to India, the Kia EV6 and the Hyundai IONIQ 5.

While the launch of the IONIQ 5 is still a few months away, the pre-bookings for the Kia EV6 will open on May 26, 2022. The EV6 will initially be offered with a 77.6 kWh battery pack, and a 58 kWh battery variant might be launched at a later date. The electric crossover SUV will be offered with 2 powertrains, a rear wheel drive (RWD) setup putting out 226 bhp and 350 Nm of torque, and an all-wheel drive (AWD) setup delivering a combined 320 bhp and 605 Nm of torque. The RWD variant has a WLTP claimed range of a whopping 528 km, while the AWD version has a much shorter 425 km of claimed range, thanks to its power thirsty dual-motor setup. The EV6 has a very futuristic design, both on the exterior and interior, and is loaded with cutting edge tech. At the time of launch, the Kia EV6 will be the only EV in its price segment, and it will undercut its premium electric SUV rivals by quite a bit. How does it stack up against them? Let’s dig right into that.

The Mercedes-Benz EQC was the pioneer in the electric luxury SUV segment in India. The EQC being the first electric car of the Stuttgart based automaker, was also the first one to get here, and prompted the arrival of multiple other electric SUVs. While its German rivals also have electric offerings in India, the EQC outdoes the BMW iX and the Audi e-tron in terms of battery capacity, range, and power/torque output figures, which is why we are considering this in comparison. 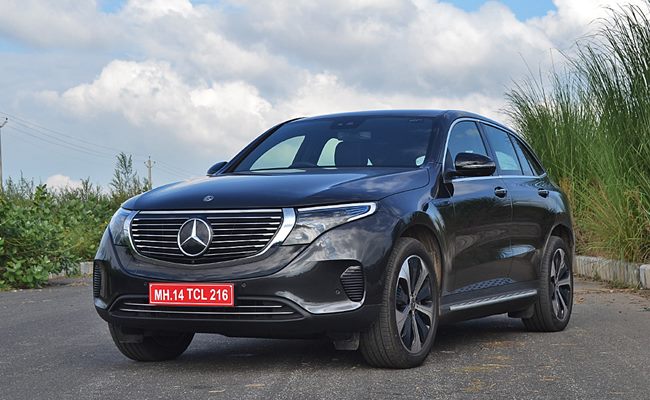 The EQC based on the Mercedes-Benz GLC, and has a similar silhouette and feature list to that of the 5-seater SUV, but has a different design. The distinctive looking front end bears unique elements specific to the Mercedes-EQ range, and has a large presence. The EQC is offered only in one trim, the EQC 400, and is priced at ₹ 99.50 lakh (Ex-Showroom). The SUV is equipped with an 80 kWh battery pack, which is mated to a dual-motor AWD setup that delivers a combined 402 bhp and a whopping 765 Nm of torque. The EQC has a claimed range of upto 471 km, but the car is a little behind in charging speeds, with 0-80 per cent taking 1 hour on a DC fast charger, and 0-100 per cent taking 11 hours on the home wall -box charger, being its biggest drawback apart from the hefty price tag.

The Jaguar I-Pace is one of the most attractive offerings in its segment. With prices starting at ₹ 1.06 cr., it is the costliest EV in this comparison, but that is perhaps its only drawback. At launch, the I-Pace created a lot of buzz due to its unique silhouette, which signifies the fact that it is not based on an internal combustion engine car. Not only does the car turn a lot of heads due to its unique styling, but its also the fastest accelerating EV in this lot, with 100 kmph coming up in just 4.8 seconds from standstill. 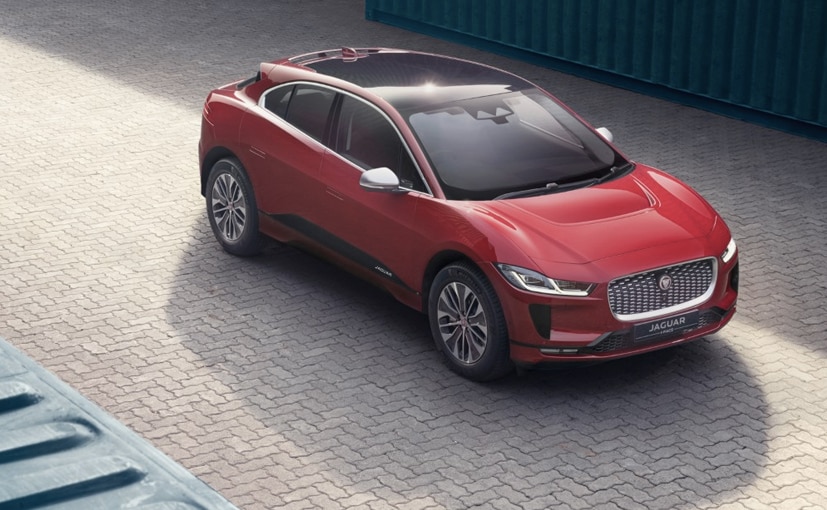 All of that is thanks to its dual-motor AWD setup that delivers 394 bhp and 696 Nm of instant torque. The I-Pace is also equipped with a 90 kWh battery pack which is good for a claimed range of 470 km, and a near 50-50 weight distribution which offers great driving dynamics. The Jaguar I-Pace won the 2022 carandbike Premium SUV of the Year award too, apart from winning many awards globally, including the 2019 World Car of the Year award.

The Volvo XC40 Recharge, like the name suggests, is based on the Volvo XC40, and apart from a solid body coloured grille, there’s almost no other way to tell the electric SUV apart from its ICE counterpart. The XC40 Recharge is yet to launch, and will be offered in only one variant – the P8 – loaded with all the tech and safety features that Volvo is well known for. The electric SUV is also expected to undercut most others in pricing, and is expected to launch around the ₹75 lakh (Ex-showroom) mark. 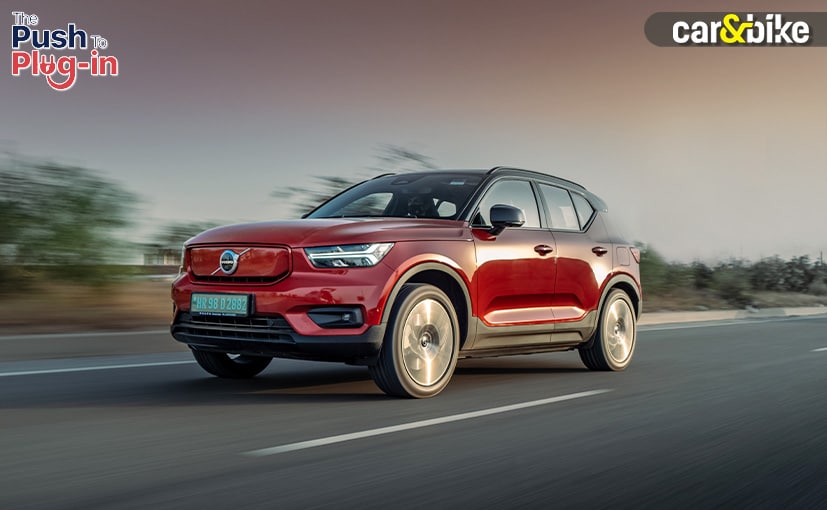 The XC40 Recharge is equipped with a single motor drivetrain which supplies its power to both the axles, to deliver a combined output of 405 bhp and 660 Nm of torque. Those figures coupled with a 4.9 second 0-100 kmph acceleration time puts it right in the ballpark of its more expensive rivals, which is a big win for Volvo. The motor is paired with a 79 kWh battery, which delivers the shortest range here at a claimed 418 km, being its most prominent shortcoming

The Hyundai IONIQ 5 will be Hyundai’s second electric offering in the country. With launch slated for later this year, the IONIQ 5 will be the only EV that goes head on with Kia EV6 in terms of pricing, as we expect it to be priced around ₹ 50 – 60 lakhs (Ex-Showroom). The cars share a lot of tech underneath the skin, as well as some on the surface, like the 2 screens on the dash. But both the Korean automakers have designed their cars to look a world apart. The IONIQ 5 has the proportions of a hatchback, but the dimensions of an SUV, and that gives it a very different dynamic. While its properly big on the inside and has a commanding driving position synonymous to SUVs, it also handles like a hatch, which is a great thing. The EV also has a very interesting retro-futuristic design which grows on you the more you look at it, and it won the World Car Design of the Year award in 2022. 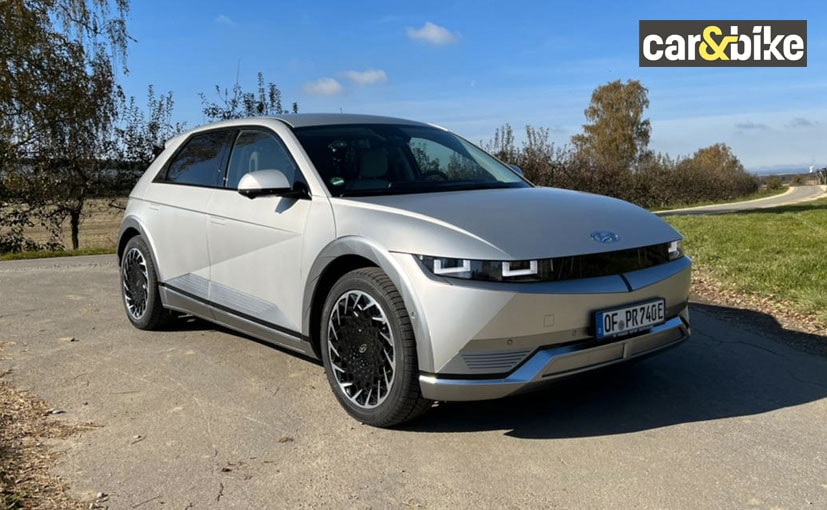 Internationally, the Hyundai IONIQ 5 is sold with 2 battery options, 58 kWh and 72.6 kWh, and has multiple motor configurations. Hyundai hasn’t announced its intentions as to which variants will make their way to India, and we will have to wait until the EV nears its launch. The larger battery coupled with the RWD powertrain delivers a WLTP certified range of 480 kms, which is second only to Kia EV6 in this comparison, thanks to EV6’s larger battery. All of this was good enough to win the IONIQ 5 multiple awards, including the 2022 World Car of the Year award.