When Ranjani Krishnaswamy was thinking about a storyboard for jewelry brand Tanishq’s Mother’s Day campaign, she didn’t want a saccharine concept of the forever giver, nurturer and restorer. She wanted to keep it real and honest. And she found it from women around her, among consumers or colleagues. The brand’s general manager (marketing) figured that matternity Was a liability for working women, who got passed over for promotions, sidetracked from prized projects or simply offloaded if they wanted to take a longer break for their children. That’s when she decided to flip the narrative of denial.

Tanishq’s latest TV commercial breaks the “maternity jinx” at the workplace as its protagonist, who had quit her top job to care for her newborn for 14 months, decides to re-apply for another job after a break. When the interviewer asks her why there was a gap in her résumé, she simply says she had devoted herself to a start-up project, Life Bootcamp Corp., that required her to be on the job 24×7. A solo enterprise, she was leader and multi-tasker all at once. And after 14 months, the start-up could run on its own with a little help from a partner. She then shows a picture of her start-up unit, her child and husband. Needless to say, she was hired, as she had, in under a minute, convinced the board how maternity had helped her top up her skill set. It was indeed a bootcamp in leadership and modern management.

“With 7.5 million views (on YouTube) and countless shares, the sentiment has definitely caught on and we are getting responses from both men and women. The fact that the protagonist calls her husband a partner has definitely acknowledged the need for gender parity in caregiving roles,” says Bengaluru-based Krishnaswamy, 44. She herself has lived through the post-maternity returnee phase determinedly in her career. “Agreed, women need to be given a fair chance and a level-playing field and organizations have to build that culture. But women tend to be understated and this inhibition limits us. I never played on the backfoot. Motherhood chisels you as a professional because it springs up life force, empathy, collaboration, dedication. And if she has come back, know that a woman is as keen and fierce to get ahead,” she says.

Of course, it’s not at all hunky dory. There’s stone-cold seriousness in some of the responses. Like the one about “how it looks good in a film and not so much in reality, where a gap-year mom has to reconcile to reduced roles vis-à-vis male counterparts who have overtaken her space.” Or how the recruiter is almost always male in the absence of many women at the top of the corporate ladder. Or, distressing experiences of a mother, who has to pump breastmilk for her child, to be fed by the nanny, leave early for work, run against time, not hang out with colleagues, all this, just so that she can stay one up in the productivity game. It is a 100m dash for a life-long marathon that many don’t sign up for. 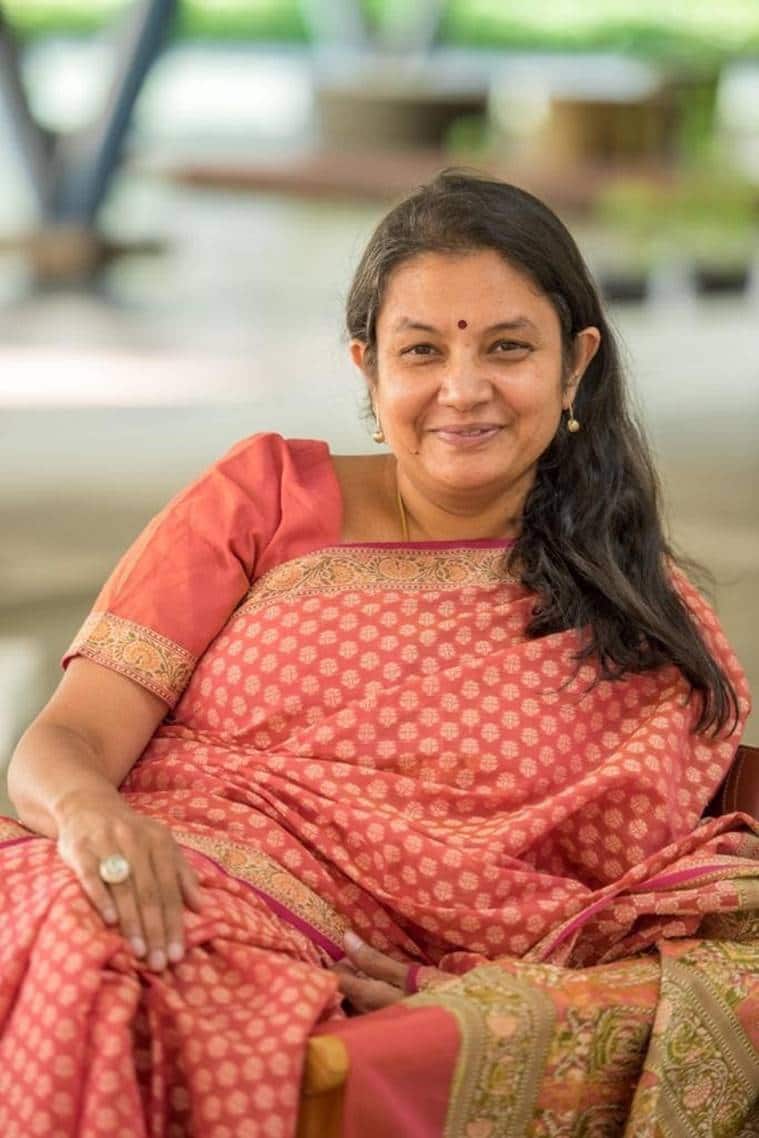 This angst was borne out by the Genpact Center for Women’s Leadership in their 2018 study, which said 50 per cent of working women in India left their jobs to take care of their children at 30. Even among those who returned, “a huge fraction dropped out within four months of rejoining.” After becoming mothers, “only 27 per cent of women advanced in their careers… Of the women who returned to employment, a meager 16 per cent advanced to hold senior leadership positions.”

While most major corporations have enabling policies and schemes in place, they are not uniform and don’t percolate down to middle and lower-middle level companies. For example, companies such as the Tata Group, Hindustan Unilever and IBM have crèches, flexi-hours, negotiable leave patterns and also pick up the tabs for the caregiver when a new mother is traveling. Restaurant aggregator and food delivery company Zomato has a unique support system, assigning an employee at the workplace to assist a new mother at home so that she is not required to be visually present. But, as Ritu Dewan, 70, founder-member, Center of Gender Economics, says, “The other extreme is that in public organisations, the allocation for matternity schemes and creches has come down. Besides, when you are encouraging women to work from home, it is a clever way to deny her maternity benefits.” And that’s where the male mindset, the one that does things to look progressive, inherently looks at caregiving and family responsibility as a negotiable cost overhead. “Paternity leave is a progressive policy and maternity leave is like a shabby add-on. We have to now redefine maternity as a fundamental economic right because women are birthing a nation’s future workforce,” adds Mumbai-based Dewan. 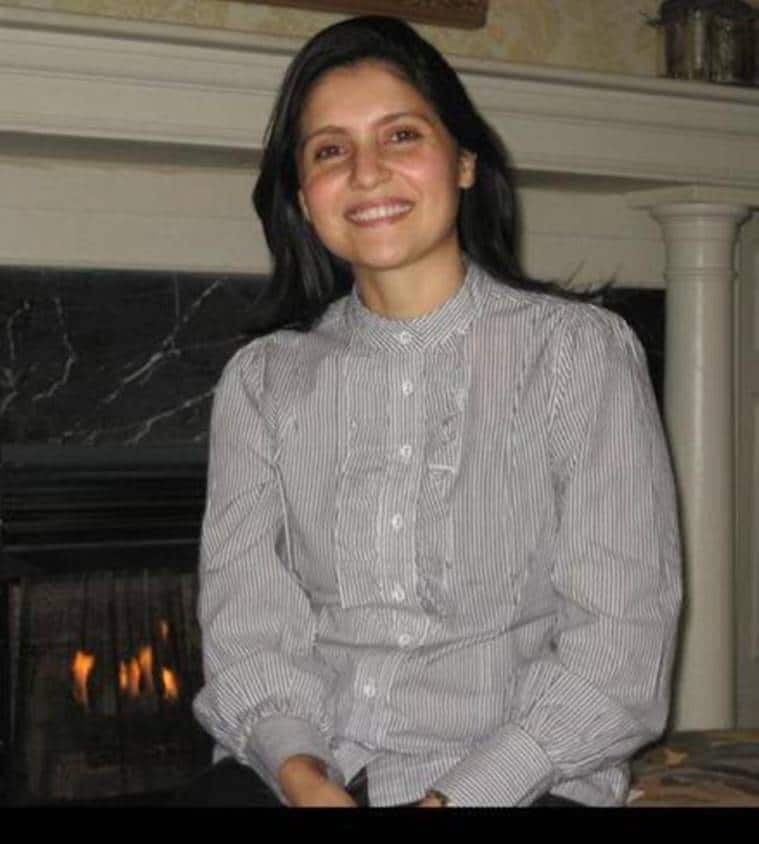 Farzana Haque, Tata Consultancy Services (TCS) leadership, board member and mentor, says once women make it to the boardroom, they will make sure that policies work and make new ones if they don’t (Credit: Farzana Haque)

While more women have rejoined the workplace and more fathers come forward to take up role responsibilities, gender equivalence is still a far cry. “This is a larger issue of closing the gap between deliverables and expectation. In a post-COVID world, when competition is cut-throat and the result has to be instantaneous, smaller companies like MSMEs cannot afford to be accommodative despite their best intentions,” says Sudha Shivkumar, senior vice president, Federation of Indian Chambers of Commerce & Industry (FICCI) Ladies Organization (FLO), who has traversed both sides of the divide. “Since the benefits are standardized for every category of woman employee, they become a deterrent for rationalising cost overruns with narrower margins,” she says. So, while the Maternity Benefit (Amendment) Act, 2017, allows women a 26-week paid leave after childbirthits progressive intent is actually regressing women.

“Also, when mothers come back, people think they will resume from where they left without trusting that she has geared herself for the leap. So, we need a gap-management structure where you can build processes to handle maternity breaks. Then there’s social decision-making. In my years of working, I have seen aggression and dominance in both genders. So, both men and women have to jointly decide how willing they are to shoulder spousal roles, synergise priorities and not blame or overload the other. And as PepsiCo’s former CEO Indra Nooyi once told me, team-playing is as important at home as it is at the workplace. There has to be a trustworthy support, back-up matrix and the willingness to delegate tasks. Besides, what you can afford, others can’t. Transition has to happen along many pathways,” says Chennai-based Shivkumar, 60. 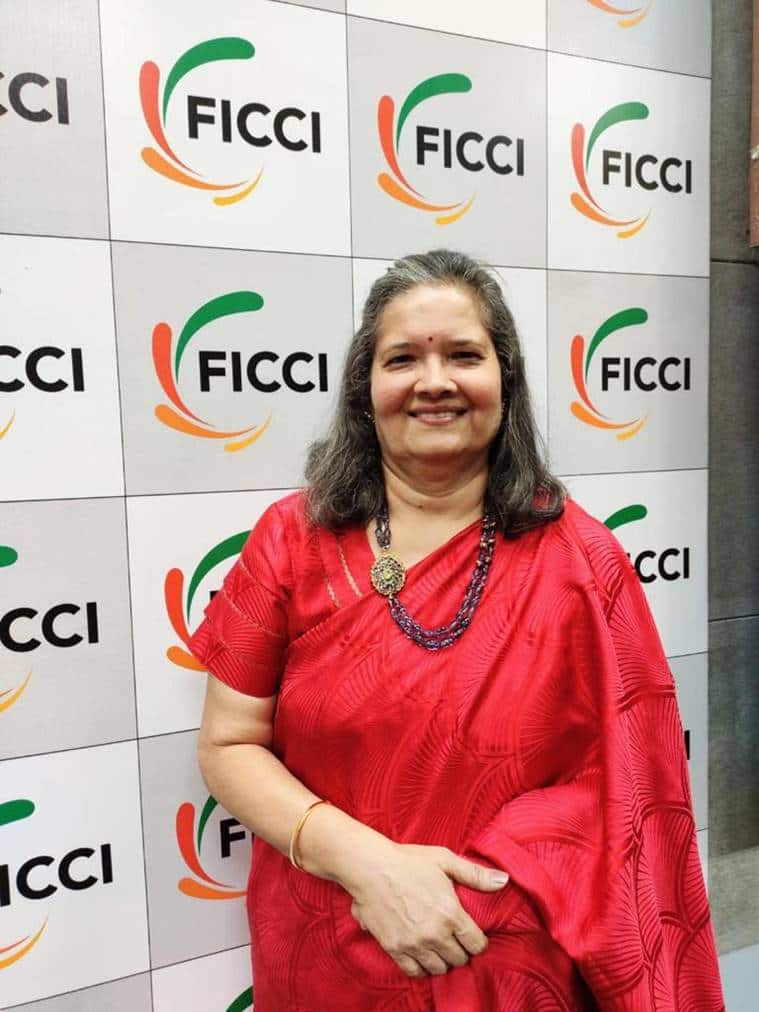 Jayanti Dalmia, president, FLO, says the idea is to ensure a gender-neutral parenting role besides ensuring wider day-care infrastructure so that we have the right child-rearing atmosphere

Farzana Haque, Tata Consultancy Services (TCS) leadership, board member and mentor, fell victim to social stereotypes despite working her way up in a company that has, perhaps, the most bright environment. “I was speaking at Davos after I had delivered my son. Many asked me, ‘who’s looking after your child?’ Nobody asked my male colleague, who also had a son, that question. Because it is assumed that male colleagues have a wife or mother taking care of things back home. We forget talent is genderless. Women fall out of the workforce because of social pressures. Caregiving is just thrust on them when everyone in the family has a moral responsibility to keep the unit together,” she says. Once women get family support, get back into the workforce and make it to the boardroom by virtue of their profit-generating abilities, they will make sure that policies work and make new ones if they don’t.

Haque, whos her women employees to stay the course and has expanded TCS’ global footprint that way, says, “Mothers switch off videos during Zoom calls because they don’t want to look unkempt, struggling as they are between chores and tending to their young. I’ve been working for 24 years, same company, same industry, and it’s alarming that in 2022, highly qualified and able women give up despite processes.”

Women need inclusion and acknowledgment of their abilities, not sympathy for birthing a child. As Haque says, “A woman needs matternity leave to heal her body and steady her child. Yet, when she comes back, people say, ‘let’s give her something easy to do.’ No, give her something challenging to do, so she knows she’s an A-plus performer. If she has left a child back home, she knows it’s for a higher good and cause.” As one of the decision-makers on the TCS board, she has hired a lot of women who go abroad to work, which has also influenced their pay packages. “Every time a woman employee in TCS has come back and educated women in her family, we have made sure that her family or even extended family is well supported with her salary,” says Haque. 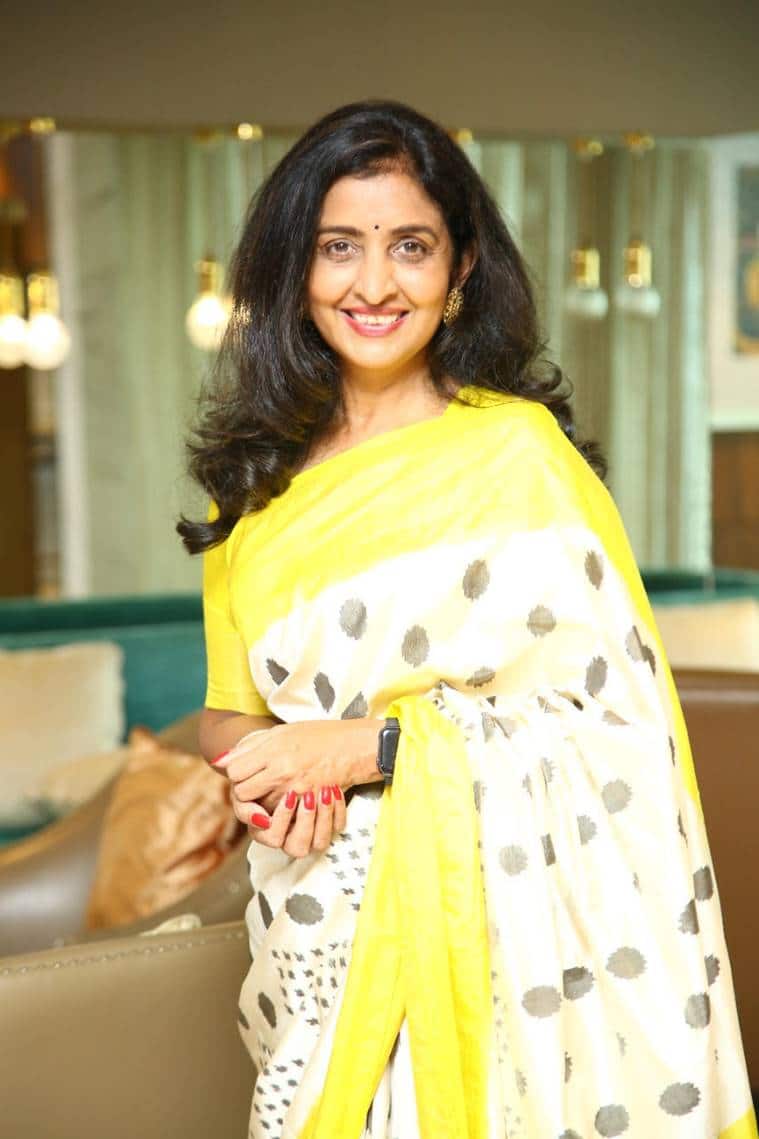 Uma Chigurupati, executive director, pharmaceutical company Granules India Ltd, says that maternity prepares a woman for the worst challenges and firms up her commitment; It’s the fastest way to acquire skills. So why not start out on one’s own? (Credit: Uma Chigurupati)

As post-maternity attrition has gone up to 45 per cent after lockdown, Delhi-based Jayanti Dalmia, president, FLO, worries that women hold just 17.1 per cent of the board seats in India (according to audit company Deloitte’s report this year). This number increased by just 9.4 per cent from 2014, when the Companies Act, 2013, made it mandatory to have one woman member on every board. So, as leader of a women’s collective, she is drafting a set of best practices that allows the continuity of women in the workspace and reduces the gender-wealth gap. “There are models that have worked in the West but have to be adapted to India. Iceland, for instance, gives a three-month leave to both parents and rotates the next three months between both. Singapore has eight weeks of paid leave by the company and another eight weeks provided for by public funds. Australia has a generous parental paid-leave policy. The idea is to ensure a gender-neutral parenting role besides ensuring wider day-care infrastructure so that we have the right child-rearing atmosphere,” says Dalmia, 62.

But at 60, Hyderabad-based Uma Chigurupati, executive director, pharmaceutical company Granules India Ltd, a returnee mother who eventually started a business with her husband, wonders if women should subject their competency to male suppositions. “Why work for anybody else at all? Maternity prepares a woman for the worst challenges and firms up their commitment. It’s the fastest way to acquire skills. So why not start out on one’s own?” Women have certainly turned entrepreneurial with start-ups, many have at least one woman in their founding team. Yet this can’t be an option. Simply because it makes maternity look like a job disqualifier. And it isn’t. As author Maria Shriver said, “Having kids — the responsibility of rearing good, kind, ethical, responsible human beings — is the biggest job anyone can embark on.”