Cut to 2022, OnePlus and Xiaomi have come a long way. While OnePlus is now a serious player in India’s ultra premium segment, Xiaomi is still waiting for a big break in this segment. The Xiaomi 12 Pro is its latest and perhaps the most refined attempt at a flagship. Here’s my review.

The Xiaomi 12 Pro has a much more polished design compared to last year’s Mi 11 Ultra, which had a huge camera island. This time, the camera island is tucked away to one corner, though the main 50MP wide-angle lens stands out prominently. The phone has a curved back and display as well.

At the back, Xiaomi has opted for glass, though this comes with a proprietary velvet matte finish. It is a unique finish, smooth to touch with a hint of shimmer. I have the black version, which looks very elegant. It has remained largely smudge-free during the course of my usage. Xiaomi has bundled a plastic charger in the case for those who prefer to use these.

It is a ‘tall’ phone, no doubt. This did make one-handed usage a bit tough for me at times. The Xiaomi 12 Pro comes with quad speakers, one set placed at the top and the other at the bottom of the phone next to the USB-C port. There’s no IP rating on the phone for dust or water resistance, so do keep in mind. The phone’s 6.73-inch 2K display is a delight to use, and you will no doubt enjoy watching your TV shows, etc on this. I watched the last two episodes of Mai on the device, and it was an absolute treat. It even handles the darker scenes very well. Games such as Genshin Impact look stunning on this panel. But this is expected at this particular price point. You are advised to keep the resolution at full HD+ for better battery life, though I cranked it to full for the purpose of the review. The refresh rate goes from 1 Hz to 120 Hz, depending on the requirements, and this is the default setting. You can however fix it to 60, 90 or 120 Hz. The phone also comes with an in-display fingerprint scanner, which works accurately most of the time.

Performance issues are not expected at this price, and this was largely the case. There was quite a difference in performance and touch response when playing Genshin Impact on this, compared to some of the other devices I’ve reviewed this year. This is a flagship and it shows. 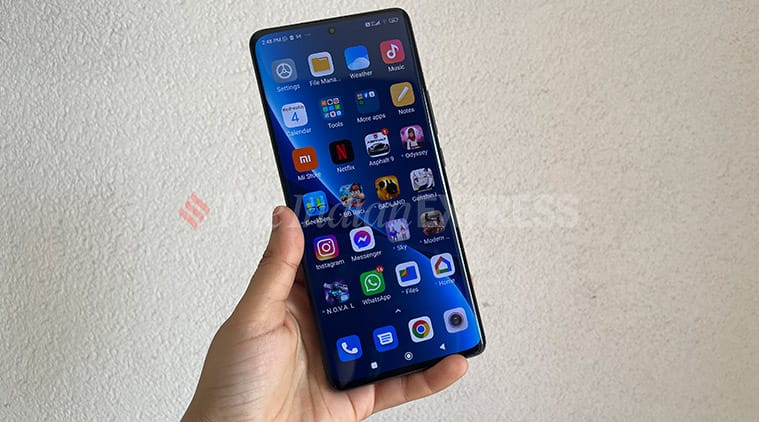 The phone runs Android 12 based on MIUI 13. This also means it comes pre-loaded with a host of apps you might not necessarily use or rely on. Not ideal for a premium device such as this, but then I guess this is one aspect of MIUI that one has to accept if considering this device.

What did concern me was the thermal management of the device, something which had plagued a previous Xiaomi flagship as well. The phone got very warm during the gaming session, even when I was downloading Genshin. Then it got warm during a long video recording when I was outside at 4.30 pm. 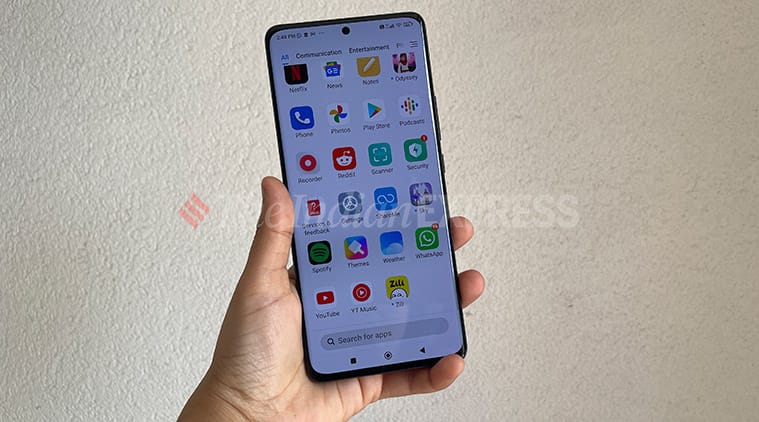 I’m also not entirely convinced the battery will last a day, especially if you are pushing it to the limits. For instance, during office hours, I used the phone to download Genshin on my mobile network and relied on this as a hotspot device simultaneously. The battery drained entirely in just under four hours or so and I found myself plugging the phone once again. Keep in mind I had the display resolution at max as well, which is not what every user needs.

The 4600 mAh battery might be enough for a moderate day provided you are not maxing out the settings. The advantage is the 120W fast charging, though. I could charge the phone to 100 per cent in just 25 minutes or so (this is when the battery was at 16 per cent or so). You can also turn on ‘Boost charging speed’ to charge it faster at around 18 minutes or so. Be careful it will heat up the device. Xiaomi has also introduced AdaptiveCharge technology on the device so it learns daily charging routines during the nighttime. This means even with the 120W charge, the phone will pause the charging at 80 per cent while you sleep, but when you wake up you will get a fully charged device. So you don’t have to worry that leaving the phone on charge all night will damage the battery in any way. This ‘Optimised Charging’ is turned on by default in the settings. This is something Apple’s iPhone also does.

If there’s one aspect that Xiaomi is hyping it is the camera. This is a 50MP+50MP+50MP setup here with the company using a wide-angle, ultra-wide and telephoto lens. There’s no macro mode here. All three cameras support night mode, there’s also a lot of software magic at hand, with Xiaomi adding features such as motion tracking, motion capture and eye tracking focus. These are designed to keep subjects in focus, especially the ones that tend to move constantly, such as your toddler, your pet dog or cat. 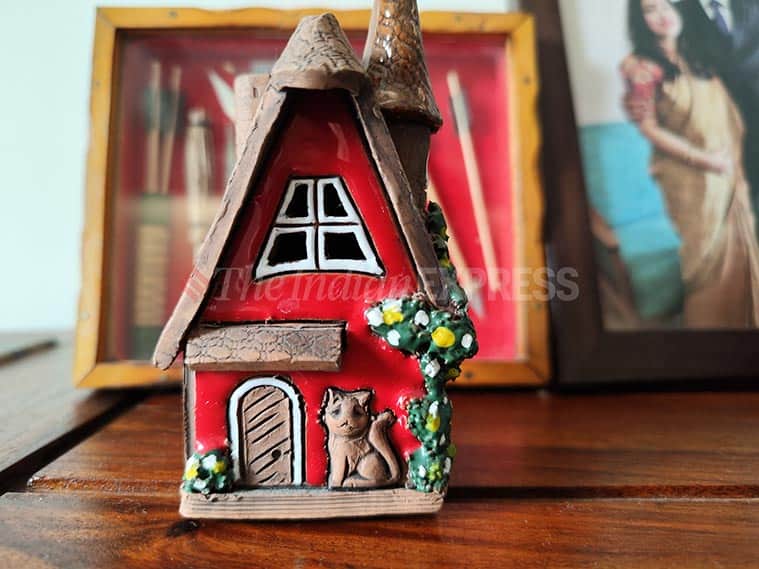 A camera sample with the Xiaomi 12 Pro. The camera does tend to sharpen the reds a bit. (Image credit: Shruti Dhapola/Indian Express) 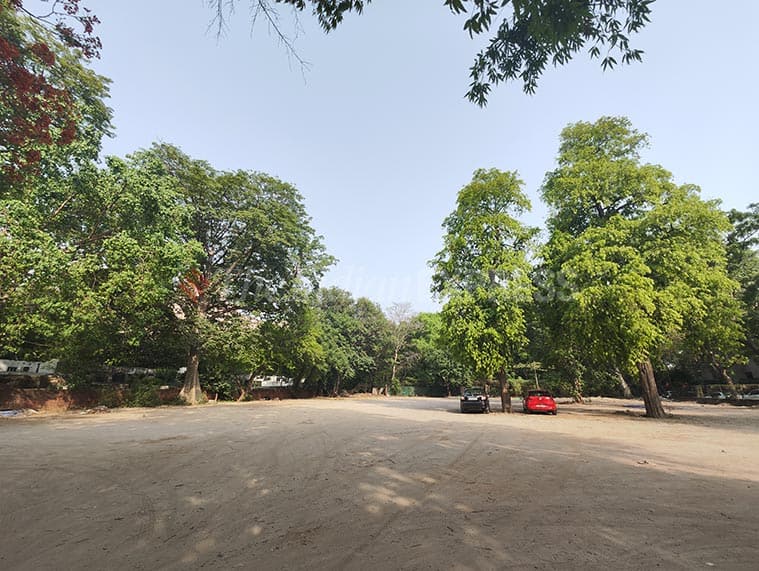 A shot taken outside with the Xiaomi 12 Pro. (Image credit: Shruti Dhapola/Indian Express) 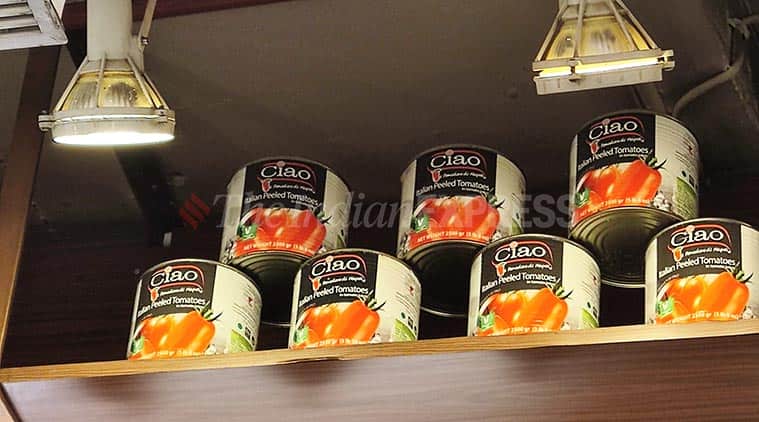 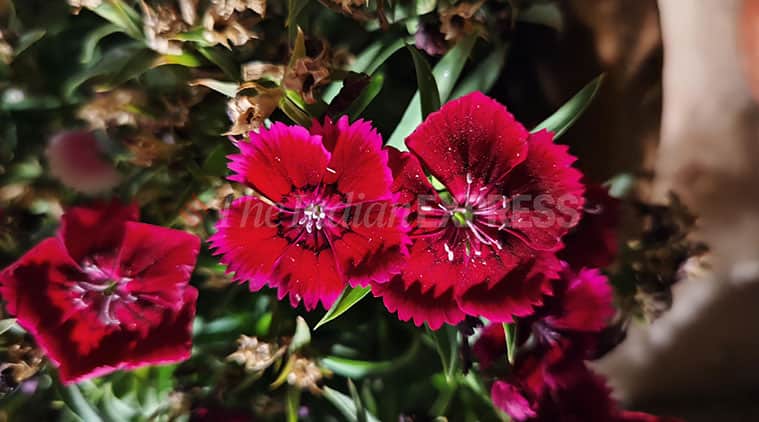 A night shot taken with the Xiaomi 12 Pro. It manages to preserve details, despite my unsteady hands. (Image credit: Shruti Dhapola/Indian Express)

I was largely interested in seeing how he would work with my two-year-old who never sits still, especially when he sees a camera. The Xiaomi 12 Pro had plenty of hits when it came to clicking his pictures, even in moments when it looked like there was no way my son would have been in focus. Though there were a fair few misses, given the tricky subject, I think this is fine.
The camera delivers well no matter the subject or lighting. I quite liked the portraits I got of my dog, my son, and of an injured kite that I saw near Khan Market. The photos are sharp, and the details are preserved even at 4x zoom. The camera is excellent, though yes, the colors are sharper compared to what I prefer. Night mode on the camera is top quality, including for video, managing to keep the subject in detail.

My only complaint would be the saturation level on some of the photos, especially with pinks, reds, etc. But then it does boil down to personal preference. I also enjoyed the selfie camera (32MP on the front). The skin tones are accurate, even when I had beauty mode turned on. It does make one look good, while preserving skin texture, etc. Also, note you can increase or decrease the bokeh on the photos in post-edits as well.

A selfie taken from the Xiaomi 12 Pro. It manages to preserve skin texture and make one look unnatural. (Image credit: Shruti Dhapola/Indian Express)

There’s no doubt that the Xiaomi 12 Pro is a very capable device. It has all the specs and features to be considered ‘premium’. But Xiaomi knows that isn’t enough. It is competing against serious players. The biggest target is the OnePlus 10 Pro, which packs a very unique camera setup (link to our review) with Hasselblad branding. Samsung’s Galaxy S22 Plus and the iPhone 13 all also sport very capable cameras, and are potential rivals, given the price bracket. Even the Realme GT Pro has quite the specs and camera.

So has Xiaomi done enough to take on them? In some sense, yes. The design, camera, and performance are what a premium user expects. The battery seems to be the weak point, but the 120W fast charging helps replenish this quickly. It also has the advantage of a slightly lower price of Rs 62,999 compared to say, the OnePlus 10 Pro and the Galaxy S22 Plus, which it will be hoping gives it an edge.