Official celebrations for Queen Elizabeth II’s Platinum Jubilee began on Thursday (June 2) with the annual ‘Trooping the Color’ ceremony, an military parade to mark the British sovereign’s official birthday for more than 260 years.

The Queen was joined by senior members of the royal family on the balcony of Buckingham Palace to watch the flypast. Thousands of people, many who had camped in freezing temperatures overnight, gathered in Central London for the four-day celebrations.

Queen Elizabeth II (aged 96), who has ruled for 70 years, is the longest reigning monarch in British history.

Elizabeth Alexandra Mary was born on 21 April 1926 in London, during the reign of her paternal grandfather, King George V. The eldest daughter of the king’s younger son, Prince Albert, the Duke of York, Elizabeth was not expected to accede to the throne . After King George V’s death in January 1936, his eldest son and Elizabeth’s uncle, Edward VIII, inherited the royal seat.

This was to be short lived, as Edward VIII abdicated the throne that December so that he could marry the divorced socialite Wallis Simpson, a pairing that had been rejected by the royalty and political leaders. As a result, Elizabeth’s father became the King and she became the next in line for the throne. 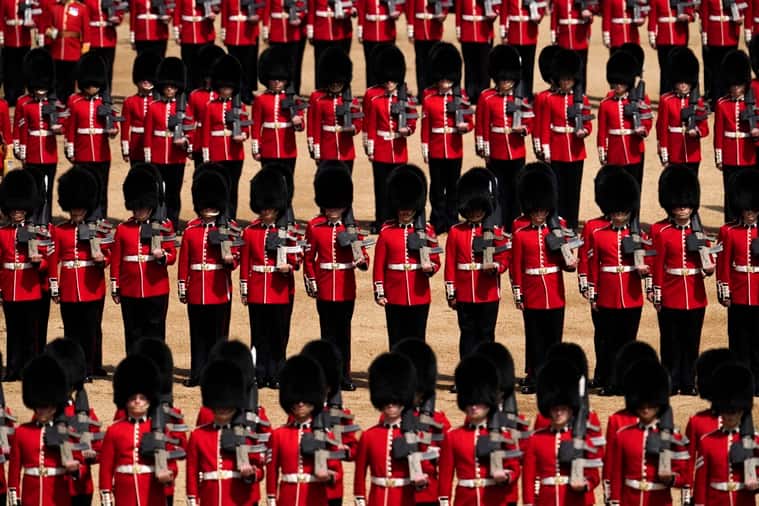 Members of the Household division take part in the Trooping the Color parade at Horse Guards, in London on Thursday. (Photo: AP)

By 1951, the king’s health declined and Elizabeth began to fill in for her father at public events. In January 1952, Elizabeth and her husband, Prince Phillip, left for their tour of Australia and New Zealand, but in February, received news of King George VI’s death. Elizabeth and then became Queen at the age of 25 moved to Buckingham Palace in England.

Queen Elizabeth II’s coronation was held in Westminster Abbey on June 2 1953. At her request, the event was broadcast live on television. It was the only British coronation to be fully televised, with an estimated 20 million watching it at home in Britain, a number larger than the radio audience at the time, as reported by the BBC.

The rise of the British Empire can be traced to the reign of Queen Elizabeth I (1583-1603), who gave the East India Company a royal charter which conferred them monopoly over all English trade east of the Cape of Good Hope.

By the time of Queen Elizabeth II’s accession to the throne, the “empire on which the sun never sets” had already begun to witness a steady decline. In 1952, when Elizabeth first became Queen, Britain controlled more than 70 territories across the world, most of which were freed from colonial rule in the coming decades. India, the ‘jewel in the crown’ of the British empire had already achieved independence in 1947. In 1952, both the Egyptian Revolution and Mau Mau revolt in Kenya sought to end British occupation. The 1956 Suez crisis which led to Egypt’s control of the canal and withdrawal of British and French troops, further cemented the end of Great Britain’s supremacy in the world.

From 1945-1965, the number of people living under British colonial rule had reduced from 700 million to 5 million, as reported by The Washington Post. 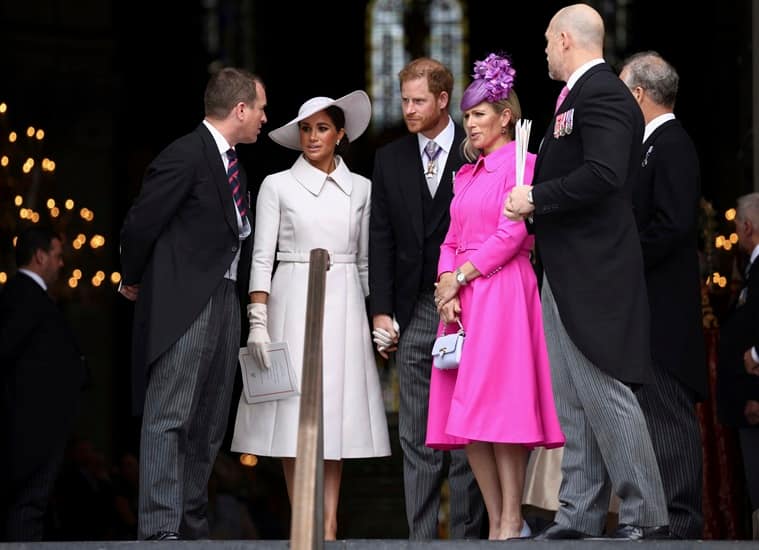 Growth of the Commonwealth of Nations

While the British empire was witnessing a steady decline, Elibazath II was able to transform it into a Commonwealth of Nations. By doing so, she was able to retain her lost authority over the colonial nations by becoming the ceremonial leader of an association of independent nations, as reported by CNN.

The Commonwealth came into being in the 1926 Balfour Declaration, when Britain’s dominions, like Canada, Australia and South Africa, were granted an autonomous status. When Elizabeth II became Queen, she also became the head of the Commonwealth. At this point, there were only 8 member states. During her reign, however, she made a concerted effort to expand the association and currently, there are 54 member states, covering almost a third of the global population.

Throughout her long reign, Elizabeth II has undertaken hundreds of official visits to nations across the world and is the most widely traveled head of state. While critics question the need for a Commonwealth in the world today, Queen Elizabeth was successful in maintaining her global influence through it, while simultaneously adapting to the changing world.

The monarchy in Britain is a constitutional monarchy, which means that while the Queen is the head of state, she has no political or executive power.

The Queen does exercise some influence through her private weekly meetings with England’s Prime Ministers, called the Audience. As per the official website of the British Royal Family, while she does remain “politically neutral” on all matters in these meetings, she does “advise and warn” ministers when necessary.

Throughout her long career, Queen Elizabeth II has dealt with 14 different Prime Ministers.

Winston Churchill, who served as PM from 1940-45 and 1951-55, was the first leader to work with Elizabeth when she became Queen. They shared a close bond and the Queen went for his funeral in 1965, reportedly breaking protocol by arriving before his family.

Margaret Thatcher, the first woman Prime Minister of England, who ruled from 1979 onwards for 11 years, had a tenuous relationship with the Queen. In 1986, a scandal broke out when the Queen’s press secretary, Michael Shea, allegedly told the press that she found Thatcher’s policies “uncaring, confrontational and socially divisive”, as reported by The Independent.

Tony Blair, who was PM from 1997-2007 is said to have viewed the British monarchy as an outdated institution. Furthermore, he did not enjoy the long-standing tradition of annual visits by the PM to the Queen’s royal home in Balmoral. In his book, A Journey, he called the experience a “combination of the intriguing, the surreal, and the utterly freaky. The whole culture of it was totally alien.” A general view of the service of thanksgiving for the reign of Queen Elizabeth II at St Paul’s Cathedral in London, Friday June 3. (Photo: AP)

An uncertain future for the monarchy

The Queen continues to be very popular among Britons, with 75 per cent of them seeing her in a favorite light, as per YouGuv polls. However, there has also been a steady decline in Britons thinking the monarchy is good for the country, from 75% in 2012 to 59% this March.

Her successor, Prince Charles does not enjoy the same goodwill as his mother, as according to YouGov, only 54% have a favorite impression of him.

Other members of the royal family have been embroiled in various controversies over the years. In January 2022, Prince Andrew was stripped of his military and royal duties, due to allegations of sexual abuse of a minor and his relataionship with convicted sex offender, Jeffrey Epstein.

In March, disrupted Prince William and Kate Middleton’s tour of the Jaimaic, Belize and the Bahamas, as former their former colonial subjects demanded reparations for the slave trade and for the countries to become republics, as reported by The Guardian.