Joining the catalog of true crime shows is the riveting prison drama Black Bird. The series, headlined by Taron Egerton’s Jimmy Keene, follows a felon charged with dealing drugs. After getting duped into pleading guilty and serving a long prison sentence, Keene is offered the deal of a lifetime by FBI agent Lauren McCauley (Sepideh Moafi)—befriend suspected serial killer Larry Hall (Paul Walter Hauser) and elicit a confession in exchange for getting rid of his entire sentence. Joining McCauley on Hall’s case is detective Brian Miller (Greg Kinnear), who senses something about the suspect is off. As McCauley and Miller foray into the investigation, intriguing new revelations come to light, but Keene is the key to nabbing Hall. Created by Dennis Lehane, who adapted the script from James Keene’s novel, the six-part series is a thrilling tale of crime and redemption that doubles up as a character study about a man confronted with human depravity. In an exclusive interview with Filmfare, showrunner Dennis Lehane, Greg Kinnear, and Sepideh Moafi open up about working on the gripping series.

Dennis: What I really liked about it was that it was obviously just these two guys who seemed very different from each other who were pushed together, and Jimmy Keene is told that he must find common ground with this guy. And I thought, on the surface, Jimmy Keene is this handsome all-American ex-high school football player and Larry is this dumpy, maladjusted potential serial killer, so what could be the common ground? And the point of the show is that they have a little bit more in common than they would like to think.

Sepideh: To be honest, I really didn’t think I would get cast in this role because it was so incredible, but because it was such an incredible script, I threw myself into the audition process and got the privilege of meeting Dennis (Lehane ). I did my session with him, and he told me right there and then that I had the role. And what moved me most was that while we had this perfect script, he said, “I want your help. She’s the lead female character in the show and it’s important for me to get her right, so at that moment, I knew this was not just a great project to be a part of but a collaboration where everybody was equal and he really democratised the artistic experience in that conversation. So it hit the bulls-eye on so many levels.

Greg: We actually had a great time. Our characters are in a yin and yang situation, and it was a great relationship in the script. It was one of the best table reads I’ve ever read. It’s long but wonderfully written and has a very grounded and honest cartoonal of true events.

What went into understanding the characters, Lauren and Brian?

Sepideh: There are so many aspects of this character that I was fascinated with, drawn into, and intimidated by. One thing that really grabbed me just from the first few pages of the script was that she’s so malleable. She’s like a chameleon. She changes her tactics and herself in order to get what she wants from different types of people. She really serves as the connective tissue that binds all these characters together and these story points together in a male-dominated world. And so she’s quite excellent at what she does, but being a woman in the FBI, she has to work so much harder than all of her male counterparts.

Greg: My character, Brian Miller, was a former Vietnam vet and bomb detonator who was very precise and task-oriented, the last guy you would want on your tail if you were a nefarious person, and he had an instinct that Larry Hall, Our serial killer, was more trouble than what the local authorities were saying, and he was tenacious about that, and ultimately, along with the FBI, they hatched this incredible plan to try and get a confession out of him. 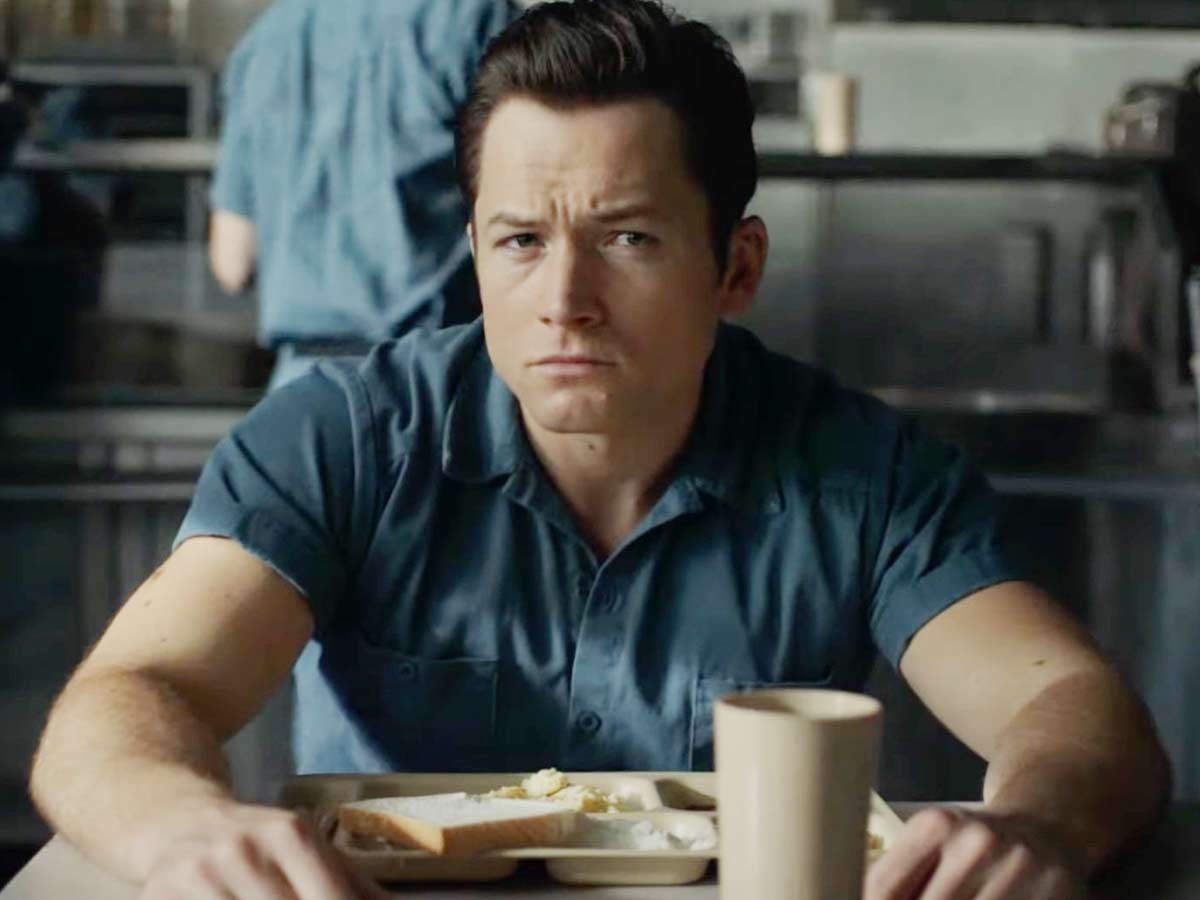 Taron Egerton and Paul Walter Hauser are perfectly cast in their roles. How did they come onboard?

Dennis: One of my producing partners handed Taron Egerton the script, and he got very excited and let us know that he would do anything to play the part. Once we had Taron locked in, we saw not only all the breadth of his career—not just Rocketman and Kingsman but Legend, Eddie the Eagle, and we thought that he was ready for this next step to play this completely different part. And then with Paul, the people who could play Larry were a very short list. If we didn’t get one of them, we’d have been in trouble. And Paul was at the top of our list just based on I, Tonya. He did some auditioning for us just to be sure that he could handle the real darkness. He was terrific.

Dennis: Taron, the star of the show, no.1 on the call sheet, defines how everyone acts on the show. He was fully committed and completely selfless, and all he wanted to do was to make a great show. Everybody loved working with him, and he set the tone for the rest of the show.

Sepideh: I feel spoiled working so closely with Greg and Taron.He’s absolutely everything that Greg just said, and what I’d like to add is that he made sure that everyone on set felt comfortable. Every time I worked with him, I’d feel as good as I could do a scene. And that, to me, is refreshing because often in the TV world you’re on a strict clock, things have to move fast, but he wasn’t afraid to stop that clock in order to find what was true to the scene so that eventually we could speed our pace up. We both come from theater backgrounds, so he loved to geek out and run lines and our character’s backstory. He has such a strong work ethic and his commitment is contagious.

Greg: Taron’s a wonderful person. He’s British, he has to be haha. They sound gentlemanly even if they’re not. He’s a great man to hang with and certainly a great partner to have in this lead role. It’s a fantastic performance that he gives. He makes you fearful of what’s to come, and that’s an essential quality to properly tell this story. 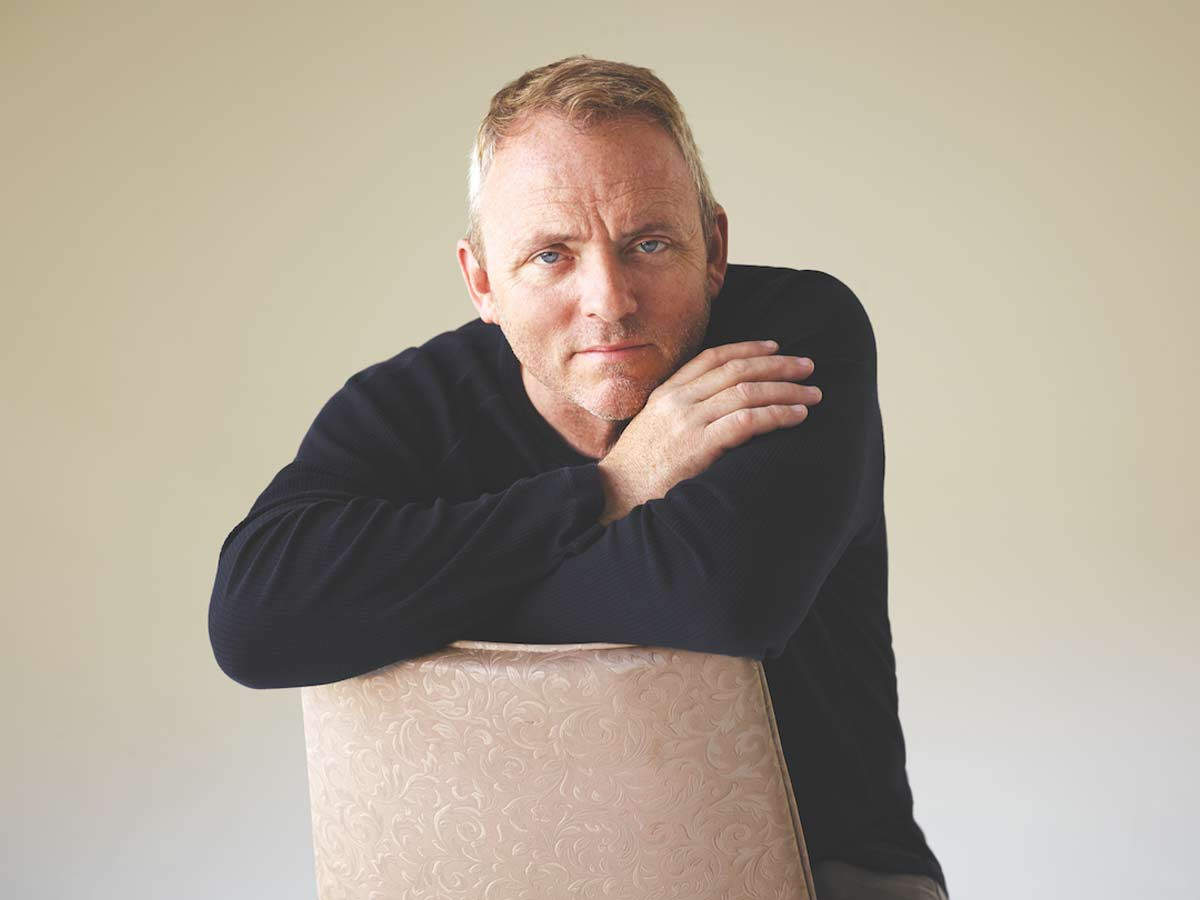 How tricky is it to engage with such a dark subject while also telling a grounded human story?

Dennis: It’s a trick. It’s definitely difficult. The thing is that Larry Hall is a monster. He is irredeemable. But Larry Hall, whether you like it or not, is also human. Part of the human experience is not only accepting that there are a lot of bad and good people, but that there’s a lot of good in bad people. And that is how I came into the story. I wanted to show every aspect of Larry Hall. I can’t write to somebody if I see them as just a screaming monster. That won’t work. Larry Hall is a monster, but he’s also somebody who is probably a product of a terrible home and terrible loneliness. He was a way to look at a very sad section of our society.

The plot is adapted from James Keene’s In With the Devil: A Fallen Hero, A Serial Killer, and a Dangerous Bargain for Redemption. How easy or challenging was the process of adaptation?

Dennis: The easy part about it is that you have all of your facts pretty much out there for yourself, so you can jump from point to point. The difficult part is that you can’t just follow the facts. You’re trying to tell a story that impacts people emotionally. So you have to figure out how to diverge from an actual story without betraying the actual story. That’s the trick. And my yardstick is that I just try to be as authentic as possible about the spirit of all of the people involved.