Charles Leclerc grabbed pole position for the 2022 Miami GP ahead of Ferrari teammate Carlos Sainz. Verstappen and Perez made it a second row lockout for Red Bull.

Formula 1 has returned to the state of Florida in the USA for the first time since the 1959 United States Grand Prix in Sebring, and this time, its on a brand new street circuit in Miami. The surprisingly incident free qualifying saw Charles Leclerc storm to pole position on his final Q3 attempt by almost 2 tenths of a second over teammate Carlos Sainz in P2, and defending World Champion Max Verstappen in P3. Ferrari seemed at a clear advantage at the street circuit, which is filled with fast flowing corners, and it was only in the initial runs in Q3 that the Red Bulls of Max Verstappen and Sergio Perez appeared to be in contention for pole position. Sainz was 2 tenths up on Leclerc until a mistake in the last sector costed him pole.

Charles Leclerc’s final lap was enough to fend off challenge from any other driver and earned him pole position. Carlos Sainz was over 2 tenths up on Charles Leclerc’s lap through the first 2 sectors, but a mistake in the last sector saw him finish 0.190 seconds behind Leclerc. Verstappen was only 0.005 seconds behind Sainz, as a mistake due to an oversteer saw him abandon his final run in Q3.

A costly error for the Dutchman in the final stages of qualifying???#MiamiGP #F1 pic.twitter.com/alE7EGLyKx

Valtteri Bottas silenced his critics with yet another strong performance in qualifying, as he finished 5th, while his teammate was knocked out in Q1. Lewis Hamilton will start in 6th position behind his ex-teammate, as Mercedes’ upgrades for this weekend seem to have made the car slightly better, but still significantly off pace from the front runners. His teammate George Russel who has been in great form couldn’t manage to make it to Q3, and will start the race in P12. The Mercedes W13 has received upgrades for the Miami GP, including a new front wing.

Alpha Tauri also had a strong showing in qualifying with both their cars making it to Q3, and Pierre Gasly taking P7 ahead of Lando Norris’ McLaren in P8. Lance Stroll also put his Aston Martin in Q3, but could only finished 10th, as a small mistake robbed teammate Sebastian Vettel of a Q3 appearance by just over 2 tenths of a second. 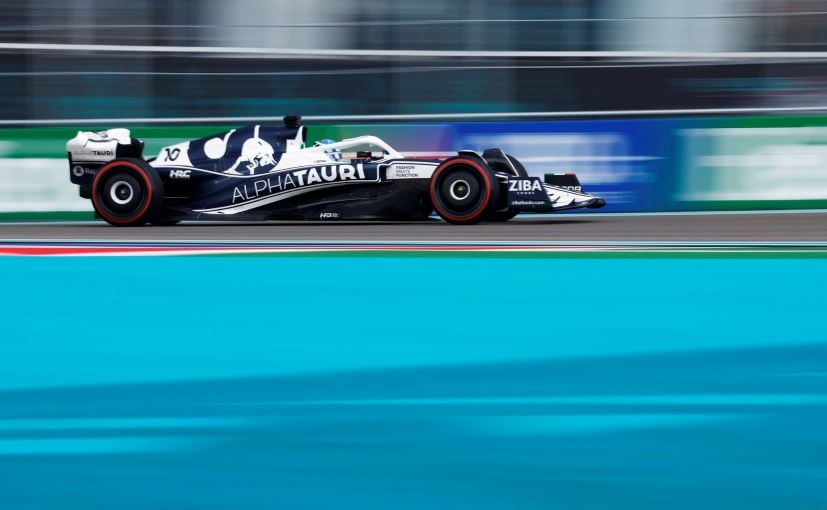 Both the Alpha Tauris made it to Q3, with Gasly in P7 and Tsunoda in P9.

With the Red Bull cars being quicker in the straights and Ferraris being quicker in the corners, tomorrow’s Miami GP could be anyone’s game. The turn 14 has already earned an infamous reputation and could throw a curve ball in the race, as it forced multiple drivers into the wall in the practice sessions, including Esteban Ocon in P3 who couldn’t start the qualifying as his car was not ready in time.