When Boris Johnson won a landslide election victory for his Conservative Party in 2019, he loomed as a colossus over British politics, the man who had redrawn the country’s political map with a vow to “get Brexit done.”

With an 80-seat majority in Parliament, the greatest amassed by a Conservative leader since Margaret Thatcher in 1987, Johnson seemed assured of five years in power. Some analysts predicted a comfortable decade in No. 10 Downing St. for Johnson, the most reliable vote-getter in British politics.

Now, just 2-1/2 years after that triumph, Johnson’s political invincibility has been shattered. Rebels in his party fell short of ousting him in a dramatic no-confidence vote on Monday. But with 148 of 359 Tory lawmakers voting against him, he has been damaged, perhaps irretrievably, as an effective, credible leader. Although he remains prime minister, he may be living on borrowed time.

It is one of the most head-spinning reversals of fortune in modern British political history. What happened?

To some extent, Johnson’s standing crumbled because of the same confounding mix of strengths and foibles that propelled his rise: rare political intuition offset by breathtaking personal reccklessness; a sense of history not matched by a corresponding sense of how he should conduct himself as a leader; Uncanny people skills vitiated by a transactional style that earned him few allies and left him isolated at dangerous moments.

It is that last quality, analysts say, that made Johnson so vulnerable to the setbacks he has suffered. With no underlying ideology beyond Brexit and no network of political friends, the prime minister lost the support of lawmakers in his party when it became clear they could not count on him to win the next election.

“Johnson’s such an escape artist, and his colleagues so craven and cowardly that you can’t rule out him living to fight another day,” said Tim Bale, a professor of politics at Queen Mary University of London. “But for what exactly? ‘There’s no there there,’ as the saying goes.”

Johnson, after all, is the politician who decided to back Brexit after writing two columns — one making the case for leaving the European Union; the other arguing against it — the night before announcing his position. He won in 2019 by promising to “Get Brexit done,” but having accomplished that goal within months of the election, he often seemed like a prime minister without a plan.

Events, as another British prime minister, Harold Macmillan, once put it, have also played a role. Like other world leaders, Johnson was thrown off course by the coronavirus pandemic, his government upended by a rolling health crisis, in which he played a highly visible but not always reassuring role.

Johnson reacted late to the looming threat of the virus, imposing a lockdown on the country a week after neighbor European countries. That delay, critics argued, made the first wave of the pandemic worse in Britain than elsewhere. In April 2020, with the virus circulating in Downing Street, Johnson himself contracted Covid-19, ended up in an intensive care unit and nearly died. 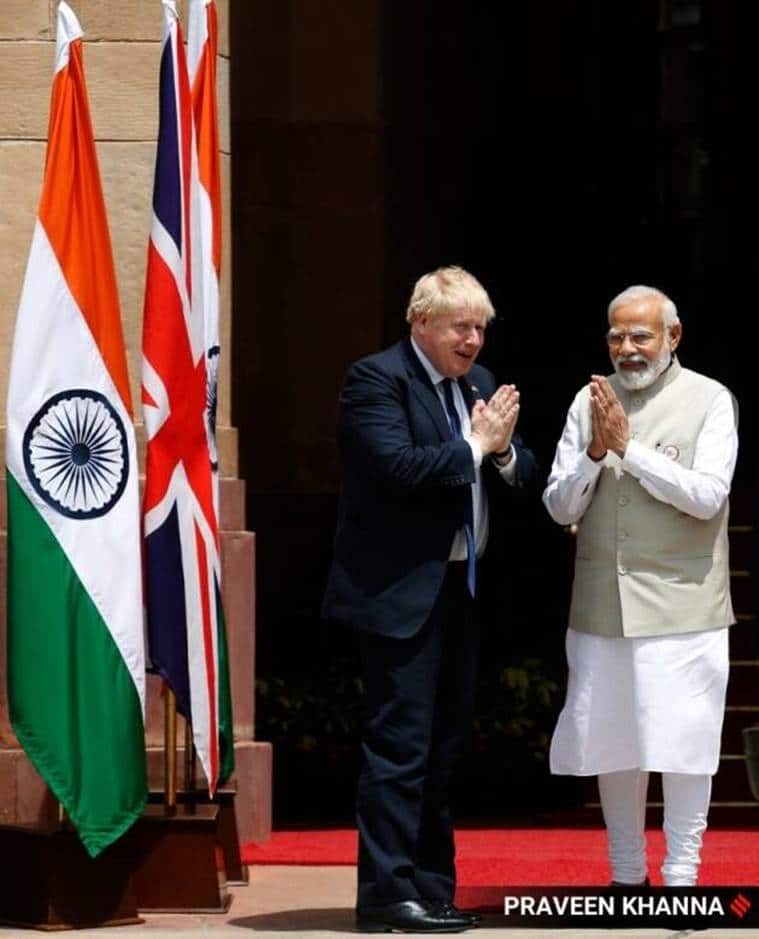 But Johnson also pushed for Britain to be a pioneer in developing a vaccine. When Oxford University and AstraZeneca produced one, he rolled it out faster than almost any other major country. He also made a fateful decision — one later copied by other leaders — to reopen society after a significant percentage of the population had been vaccinated. Britons, he said, must learn to live with Covid.

It was during the darkest days of the pandemic that the seeds of Johnson’s current troubles were sown. While the rest of the country was enduring stifling lockdowns, the prime minister and his top aides were taking part in social gatherings at Downing Street that violated their own lockdown restrictions.

The first reports of illicit parties emerged late last November, prompting Johnson to issue a blanket denial that any laws had been broken. A subsequent police investigation found that was not true: Johnson himself was fined for attending his own birthday party in violation of the rules.

Allies of Johnson argue that “Partygate,” as the London tabloids nicknamed it, is a trivial distraction at a time when Europe is confronting its first major land war since World War II. The prime minister swiftly staked out a position as Ukraine’s staunchest defender, shipping powerful weapons to its army and placing regular phone calls to his new friend, Ukrainian President Volodymyr Zelenskyy.

At first, the war eclipsed the scandal, giving Johnson the chance to wrap himself in a statesman’s mantle. But as the fighting ground on, disenchantment resurfaced at home. London’s Metropolitan Police levied fines, and an internal investigation by a senior civil servant painted a lurid portrait of partying in the heart of government.

The taint of moral hypocrisy corroded the prime minister’s popularity with the public. On Friday, when he and his wife Carrie Johnson climbed the steps to St. Paul’s Cathedral for a thanksgiving service in honor of Queen Elizabeth II’s 70 years on the throne, he was roundly booed by the crowd. It was an omen.

Beyond that, the economic winds began blowing against Johnson. The supply-chain disruptions from the pandemic — combined with price shocks on food and fuel after Russia’s invasion — drove inflation into double digits and raised the specter of “stagflation.”

The last time Britain faced that, its Labor government went down to a crushing defeat against Thatcher’s Conservatives. The prospect of history repeating itself helps explain why lawmakers are turning against Johnson.

The 2019 Conservative victory was fueled by winning seats in longtime labor districts in the country’s Midlands and industrial north, known colloquially as the “red wall.” But as Johnson himself acknowledged after the victory, the Tours had rented these seats, not won them in perpetuity.

Instead of appealing to those new Tory voters with innovative policies, Johnson lurched from scandal to scandal. In addition to Partygate, the prime minister became embroiled in an uproar over the expensive refurbishment of his apartment in Downing Street, which was funded by a Conservative donor.

He defended a Conservative lawmaker who was accused of lobbying improperly while in office and then had to back down, a humiliating setback that presaged some of the troubles to come within his own party. He got caught up in a vicious and damaging public feud with his former chief adviser, Dominic Cummings.

By themselves, these issues might not have been enough to trip up a politician known for his Houdini-like escapes. But against an economic backdrop that the head of the Bank of England described as “apocalyptic,” they contributed to fears in the party that the Conservatives face a ferocious voter backlash.

“All we can say with any level of certainty is that ordinary Brits are going to find it tough going economically for the rest of this year — and probably well into the next,” Bale said. “And that spells trouble for the Tours, Johnson or no Johnson.”